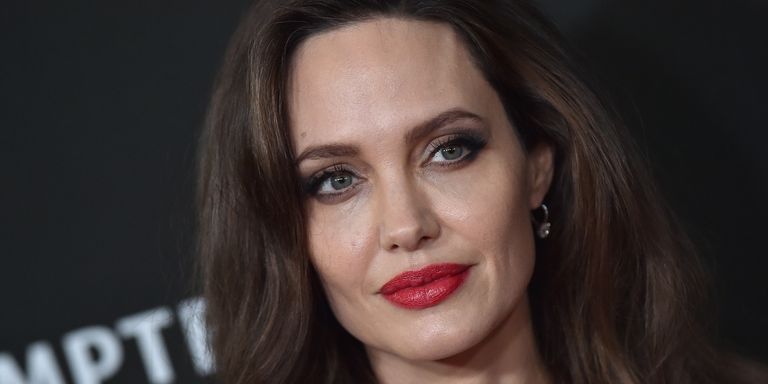 Angelina Jolie revealed the identity of her life-long dermatologist, Dr. Rhonda Rand, in an interview with InStyle back in March, but now Refinery29 caught up with the doctor to learn more about Jolie’s anti-aging secrets.

“It’s who my mother brought me to when I was little with my first scar,” Jolie told Instyle of Rand. “To have somebody who is very encouraging of being as natural as possible has really helped me, I think.”

With Jolie’s permission, Rand spoke to Refinery29 about the actress’s minimalist skincare routine, her favorite in-office treatments, and how early menopause has impacted her skin.

“When [Jolie] knew she was going to have an acting career, she wanted to take care of her skin in the most sensible way. She’s lucky she has her mom’s beautiful, olive skin. She’s always been such a natural beauty, so she didn’t ever have to do much. It was really just sunscreen, proper cleansing with a mild, gentle cleanser, antioxidants, sometimes glycolic [acids], and natural products. Some alpha hydroxy [acids] are good too, and they’re very natural. She doesn’t need major scrubs or products with lots of chemicals,” Rand told Refinery29.

When Jolie travels—which she does often—she takes along the Dermbasics RR Perfection Cream from Rand’s line Dermbasics. “It’s a chemical-free antioxidant sunscreen and that’s a good thing to travel with,” she says. “We also have another product she likes and takes with her: Dermbasics Glycolic Acid Pads 20%. They remove the stratum corneum, increase collagen and elastin, keep pores clean and appearing small, and even out discoloration.”

When Jolie visits Rand’s office for treatments, their main goal is to reduce pigmentation from the sun. “When I got pregnant, I had darker areas [on my face] that got darker. So I do IPL [intense pulsed light] every once in a while,” Jolie told InStyle. Rand added that she does light laser resurfacing in addition to IPL. “[Laser resurfacing is] used to improve your skin and give it a little bit of a glow, but it’s a little more than a facial…And sometimes, when she’s in very sunny climates working, she can get some pigmentation, too. We can help take care of that with a photofacial or Intense Pulsed Light (IPL). We’re super careful. None of these things change the quality of your skin or cause scarring,” she notes.

Jolie famously underwent a preventative double mastectomy in 2013 after genetic testing found she carried the BRCA1 gene, and therefore had roughly an 87 percent risk of contracting breast cancer. The BRCA1 can also increase the risk of developing ovarian cancer. Jolie’s mother, Marcheline Bertrand, died in 2007 from ovarian cancer at the age of 56.

“It’s true that Angelina experienced forced menopause a little bit earlier,” Rand notes about Jolie’s surgery. The doctor’s recommendations for menopausal skin are the same as with any good skincare routine. “Even through the menopause changes, as long as you moisturize and use some good, quality products like antioxidants, alphy hydroxys, or maybe retinol — those things are all great for your skin,” she says.