There isn’t anything particularly exciting about a loofah. The shower tool has been around forever — you’ve likely used at least one in your lifetime — and you can find them practically anywhere, even at some well-stocked convenience stores or bodegas. But have you ever seen a giant loofah? Like, one the size of your body? Did you even know they existed? Well, newsflash: they do. And you can get a luxurious body scrub with one at California-based spa Burke Williams.

If this sounds vaguely familiar to you, it’s probably because you saw Beauty Insider’s video of the treatment, which recently went viral. The service, which is offered at several Burke Williams locations, is called Hunter’s Retreat and it involves an exfoliating scrub followed by a deep cleanse using, yes, the massive loofah made of wheat stalks soaked in essential oils and warm water. As a beauty editor, I have had the privilege of trying many weird and wonderful services, but I had never made contact with a giant loofah in my life — in fact, I had never seen one, that is, until last week.

When I stepped into the wet room at Burke Williams’ Santa Monica location, I didn’t really know what to expect. I had gotten body scrubs before at Korean spas, but never one at an American spa, and never one using a massive loofah. 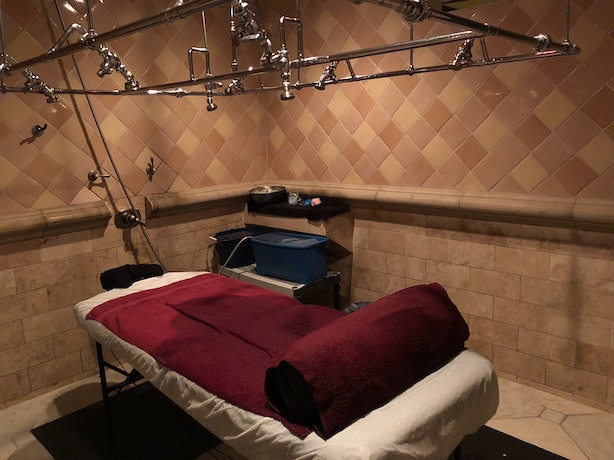 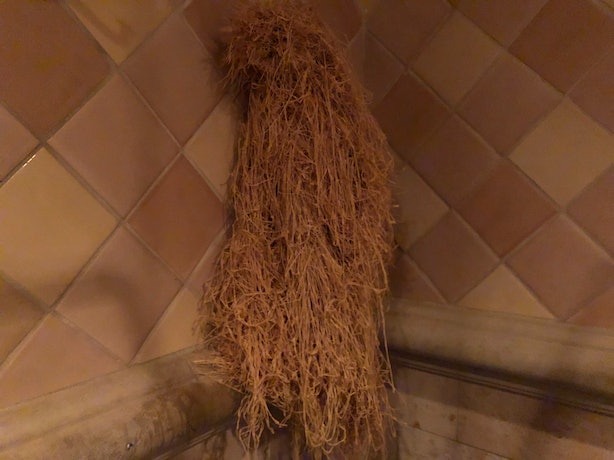 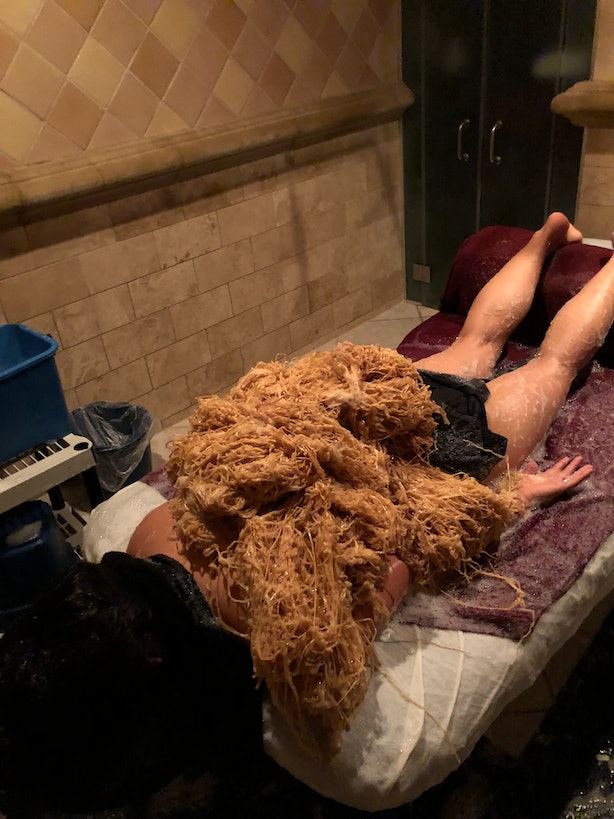 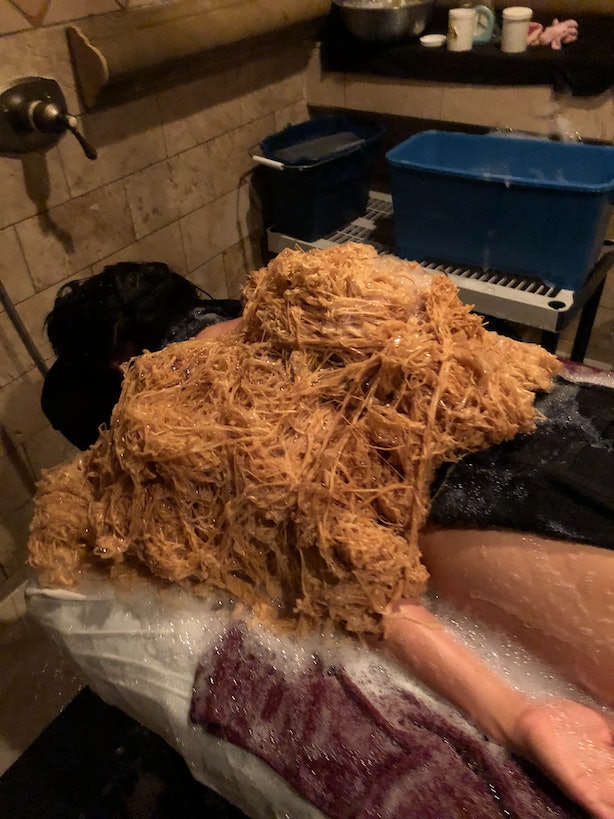 After she loofahs (is that a verb?) the backside of my body, I flip around so she can do the same to the front. To finish, she towel dries me and then massages a moisturizing oil all over to rehydrate the skin.

The treatment goes by pretty quickly — it’s about 40 minutes overall — but it feels like the perfect amount of time for a relaxing scrub… with a giant loofah. It is also enough time to transform my skin from dry and dull to super soft and glowy.

If you are not horrified by the sight of a massive loofah and are looking to experience a unique spa treatment, I highly recommend treating yourself to this. It really is unlike anything you’ve ever tried, and at the very least, makes for a great, #grammable photo-op to share with friends.