Fashion in countries across Asia is many things: Beautiful and intricately designed. Innovative and constantly evolving. Oftentimes, religiously inspired. Diverse as hell.

One thing that Asian fashion is not is yours to borrow for an “exotic” party or music festival look.

The Cambridge Dictionary defines cultural appropriation as “the act of taking or using things from a culture that is not your own, especially without showing that you understand or respect this culture.”

Thankfully, we’re talking more and more about acts of cultural lifting in both academia and the mainstream. (Think: The internet uproar over Kim Kardashian’s cornrows and the controversy over the myriad Native American headdresses at Coachella.)

Unfortunately, people still tend to pilfer from Asian styles and fashion without much thought.

Part of the blame lies with the fashion industry and its longtime obsession with the undifferentiated “East.” There are unique fashions from every Asian country, and from different groups within those countries ― Asians are not a monolith. But you might think otherwise based on Western designers’ flagrant use of the “Eastern” or “Oriental” aesthetic.

“Don’t turn a friend’s culture into a costume.”

“In fashion, cultural appropriation can play out in not only sexualized stereotypes ― dragon-lady dominatrices and eager-to-please geishas ― but also the elision of style elements from completely different cultures and the treatment of Asian models as interchangeable props,” said Susan Scafidi, the founder and academic director of the Fashion Law Institute at Fordham Law School and the author of “Who Owns Culture?: Appropriation and Authenticity in American Law.”

There’s nothing wrong with paying homage to a culture you admire, but true appreciation entails some level of understanding and respect, Scafidi told HuffPost.

“When reaching into another culture’s closet, followers of fashion might keep in mind a really simple rule: Don’t turn a friend’s culture into a costume,” she said.

When is it OK to draw inspiration from another culture and when does the simple act of, say, wearing a kimono or qipao become offensive and borderline identity theft?

Below, we look at some of the most recent cases of appropriation from Asian cultures to see what we can learn from them.

“Yellowface” is just as unacceptable as blackface.

“Asian” isn’t a costume you can try on for size, and yet time and time again, we see TV and movie writers and fashion designers using by-the-books yellowface.

Examples include Vogue magazine publishing photos of a white model in geisha-inspired outfits and “How I Met Your Mother” dressing its cast in silk robes and having them talk in stereotypical Asian accents while flute music and wind chimes played in the background.

Such modern-day instances call to mind the ugly history of “yellowface” in popular culture: For decades, white entertainers have donned theatrical makeup and/or costumes to perform hokey versions of Asian-ness, just as they mocked black and Native people by employing blackface and redface.

Such racist acts served to “explore and have fun with their collective fears and anxieties surrounding the other,” as writer Kai Ma put it in a Time essay on cultural appropriation. (See: Katharine Hepburn’s yellowface and exaggerated, taped eyelids in 1944’s “Dragon Seed” or Mickey Rooney’s ridiculous, buck-toothed landlord in “Breakfast at Tiffany’s” in 1961.)

As actors of Asian descent continue to make strides in Hollywood thanks to films like “Crazy Rich Asians,” let’s all collectively agree to put these tired caricatures to bed.

(Another related trend we should retire? Whitewashed casting, like when Emma Stone played a woman of Asian ancestry in 2015′s “Aloha” or Scarlett Johansson took on the role of a Japanese manga character in 2017′s “Ghost in the Shell.”)

The qipao is a traditional Chinese garment, not a generic “Asian dress.”

Last April, white teenager Keziah Daum caused a stir on Twitter when she posted a photo of herself posing stereotypically with friends in a traditional Chinese garment.

“My culture is not your goddamn prom dress,” one Twitter user wrote, explaining that Daum’s dress is called a qipao and has a rich history.

“I’m proud of my culture, including the extreme barriers marginalized people within that culture have had to overcome,” he added in a separate tweet. “For it to simply be subject to American consumerism and cater to a white audience is parallel to colonial ideology.”

Daum responded to the criticism on Twitter, writing, “I mean no disrespect to the Chinese culture. I’m simply showing my appreciation to their culture.”

While the teen certainly isn’t the first white person to do this, her use of the qipao (also called the cheongsam) serves as a great reminder: If you feel compelled to slip a garment on, it’s worth knowing its origin story. The qipao is not a generic “Asian dress,” it’s a garment that became a symbol of women’s liberation in China.

As women were allowed into the education system in the 1920s, they traded the traditional, fussy robes of earlier generations for the cheongsam, which was inspired by an androgynous men’s garment called the changpao. The chic, streamlined qipao became the uniform of fashion-forward (and educated!) women all across Beijing, Shanghai, Hong Kong and Taiwan.

Dressing up in a sari and bindi is probably only fitting at an Indian wedding.

Let’s use Beyoncé as an example for this one: She wore traditional Indian garb (including a mang teeka headpiece) to an Indian wedding where traditional dress was expected, and that’s OK.

It’s less OK when Beyoncé wore a costume in a Coldplay video that reduced Indian culture to lazy stereotypes (magical holy men in ramshackle villages, skinny kids perpetually tossing colored powders at each other) and the country itself became a glorified set.

Cultural appropriation (i.e. Beyoncé in a cliché-ridden Coldplay video) is different than appreciation (wearing a traditional sari at your South Asian friend’s wedding at their request). Slapping on a bindi to complete your look at a desert music festival crosses the line into appropriation.

There’s a common thread to all these crimes of cultural appropriation: Things go sour when people borrow ideas from numerous Asian countries and lump them together in an “Eastern”-inspired look.

Fast-fashion purveyors like Zara and Topshop don’t even try to be subtle in their racism: The body suits, print shirts and dresses they sell actually come with an “Oriental” label. 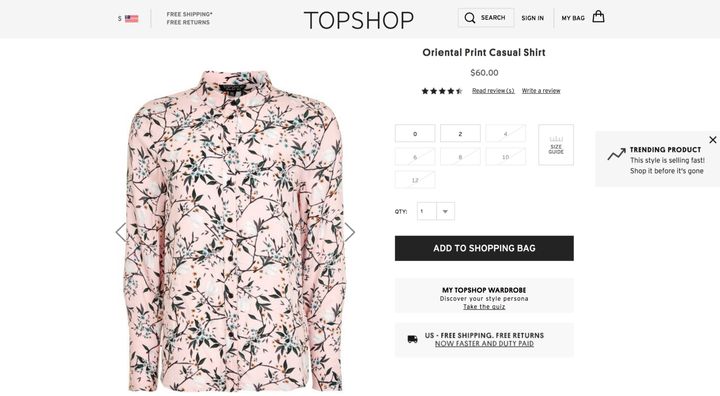 “Oriental” is a racially loaded, outdated term that casts the entire continent of Asia as exotic while dismissing its individual countries as the same.

The Sikh turban is a sacred article of faith, not a fashion accessory.

Gucci faced backlash from the Sikh community earlier this year when it sent white (non-Sikh) models down the runway wearing turbans. Apparently, no one at the fashion house recognized that the turban is an article of clothing with religious significance, not just a cool-looking hat.

As writer Anisha Khopkar noted in a story on Gucci’s turban and Victoria’s Secret’s use of Native American-style headdress: “All these pieces hold religious or cultural significance to their traditional owners. They also represent cultures that were subjugated and exploited by European colonists, and they’re now being profited off by European and American brands.”

Hiring all Asian backup dancers to use as props for your cultural drag is a no-no.

It’s a time-tested recipe for disaster: A pop star who isn’t Asian wants to give her performance an ~Asian aesthetic~. She might slip on a kimono (like Katy Perry’s weird “geisha-style” performance at an award show a few years back), or she piggybacks off some Asian backup dancers to prove her authenticity. 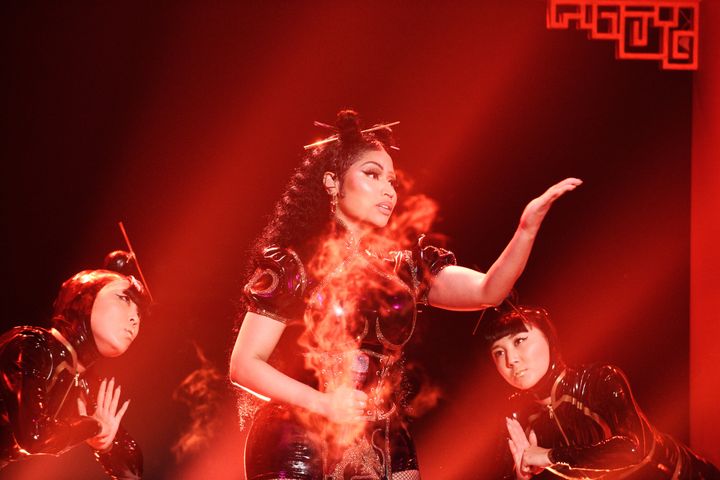 Cases in point? Gwen Stefani’s band of Harajuku Girls during the early years of her solo career or Nicki Minaj’s decision to trot out warrior women with chopstick hair accessories during a recent “Saturday Night Live” performance of the song “Chung-Li.”

The lesson that clearly hasn’t hit home for these pop stars? If you’re calling on Asian bodies to do the heavy lifting of your cultural “homage,” it’s not an honor. It’s straight-up cultural appropriation.