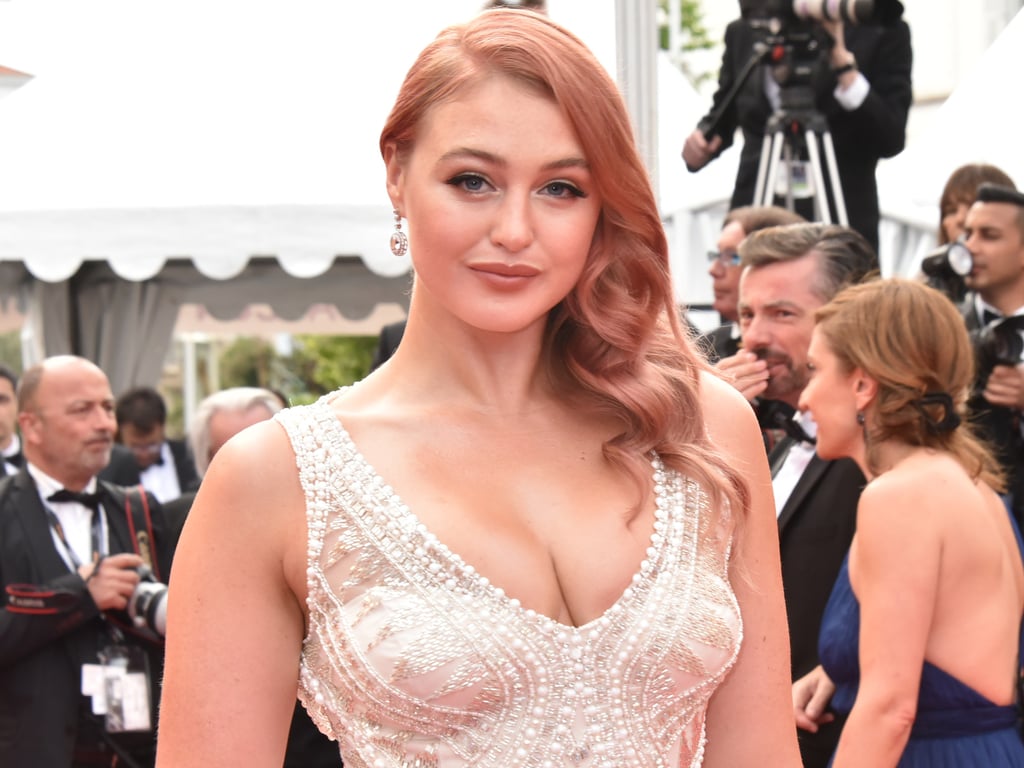 Rose gold hair reached its zenith about four years ago, when the rainbow trend reigned supreme, and while it may not be the newest trend out there, it certainly isn’t dead. In fact, the buzzy hue is having a renaissance — as made evident by Iskra Lawrence’s new Cannes look.

The model showed up to the French film festival ditching her known-and-loved blond locks for a chic, faded style that came courtesy of none other than a drugstore dye. The L’Oréal Paris UK spokesperson used the brand’s Preference Infinia in Rose Gold 8.23, which isn’t available stateside.

Luckily, the superaffordable L’Oréal Paris Feria Permanent Hair Color in 822 Rose Gold ($9) is on the market and will give strands a similar pink copper tint. As Iskra wrote on Instagram, “[The color] will hopefully last for about a month” — that is, unless she has to switch things up for work.

We’re loving how the near universally flattering hue looks on Iskra’s Cannes tan, and we also dig that she gave her Old Hollywood Veronica Lake-esque curls a modern update with the trendy color. Long live rose gold!