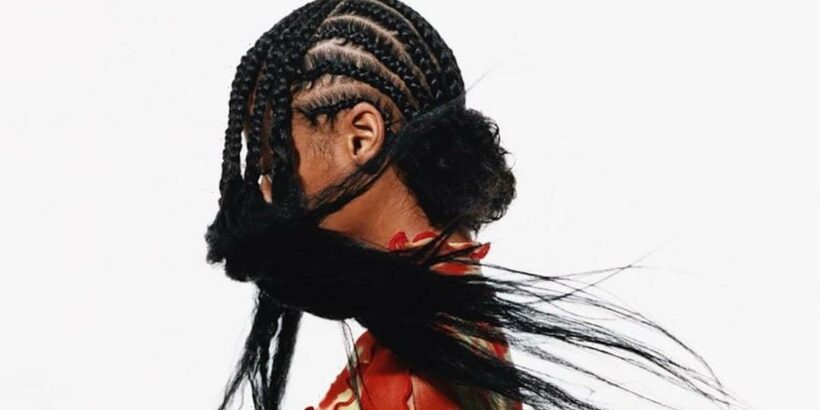 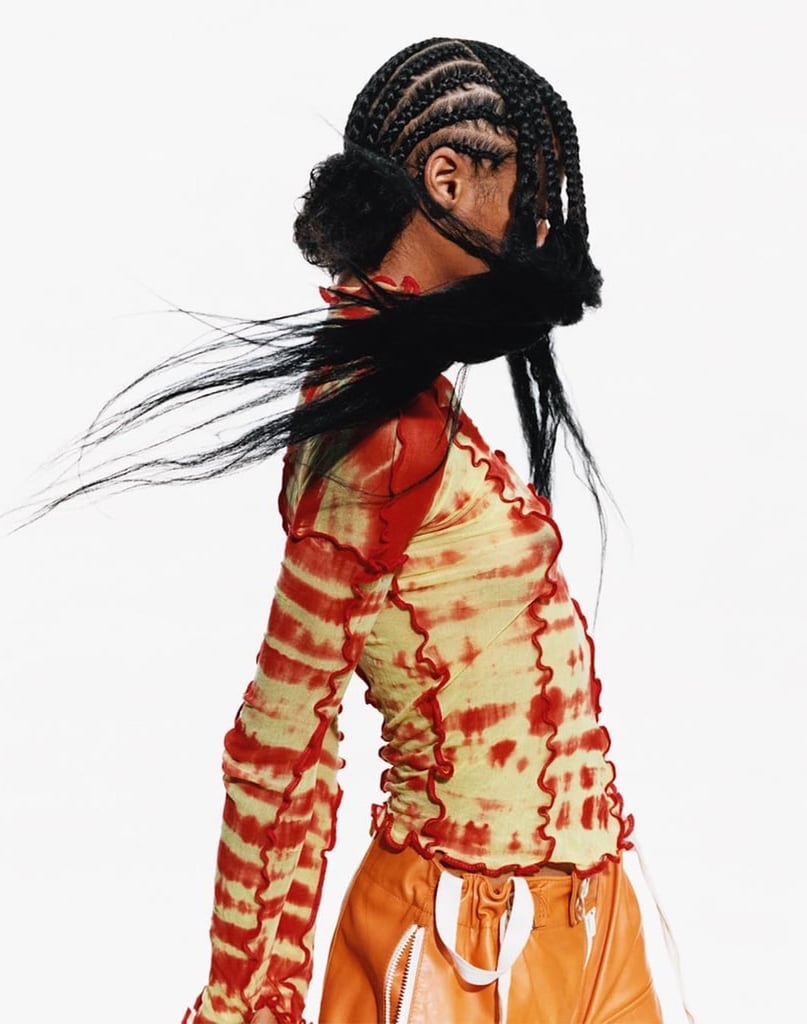 It’s Time We Recognized the History and Beauty of Cornrows

If there ever was a hairstyle that has remained as sacred as it is controversial, it would be cornrows. They deeply shape Black hair history by retelling stories of resistance as well as cultural and racial identity. Whether seen as a protective style or a rite of passage as a child, cornrows are filled with skill, creativity, and art that have witnessed decades of history. Although the hairstyle has experienced a turbulent culture of appropriation and legislation, cornrows still to this day remain a popular hairstyle that pays homage to rich roots originating in its African birthplace.

The History of Cornrows

Cornrows are a style of hair braiding where coily and textured hair strands are tightly and skillfully braided close to the scalp, with an intricate braiding technique, done in an upward, overhand motion to create a continuous, raised row. Called “canerows” in Caribbean cultures as opposed to “cornrows” in African American communities and the African diaspora — both terms refer to the style’s postcolonial history and the enslaved people who planted either sugar cane or corn in rows on plantations in America.

However, before the style’s more contentious history, cornrows originated from a place of beauty. “Cornrows date back for over 3000 years for women and for men, going back to parts of Africa,” hairstylist and HASK ambassador Camille Friend told POPSUGAR. According to studies, cornrows originated in sub-Saharan Africa, with the earliest records of cornrows found on a cave painting in the Tassili Plateau around 3000 BC. Very common for aesthetic purposes, these braids were signifiers for tribes and communities in regards to social position, age, marital status, occupation, or tribe. An integral part of a Black individual’s identity, cornrows paved a way for bonding, socializing, and coming together.

Unfortunately, the history of cornrows is equally as complex as it is beautiful, and looking back unearths a lot of pain and struggle. During colonialism, cornrows were also thought to be used as a tool of communication between enslaved people to pass on messages and routes of escape, and preserve the seeds of ancestral rituals.

The Creativity, Art, and Messaging of Cornrows

Cornrows saw a resurgence in the ’60s and ’70s during the civil rights movement in America. “Cornrows became popular in the 1960s and 1970s thanks to an interest in embracing Black pride and natural hairstyles,” Friend said. The push towards the natural hair movement during this period reintroduced a love and playfulness with Black hair that had been previously stripped away by Western beauty ideals. “Once Black people started celebrating their texture in the late ’60s, early ’70s, you had women that were tired of wearing the wigs and pressing their hair and pulling it back. They started using their own hair and celebrating the things they’ve done traditionally as children. From my memory, the first person I can think of with braids would be Cicely Tyson,” said Araxi Lindsey, hair department head for Netflix’s The Harder They Fall.

“She wore a lot of afrocentric hairstyles including cornrows. During the ’70s, braids were celebrated for sure.” An icon not to be forgotten, actress Cicely Tyson was the first Black woman to wear her natural hair and protective styling on TV and on magazine covers, which was a huge celebration for representation at the time. Cornrows experienced a second resurgence in the ’90s as inspired by other key celebrities like Jada Pinkett Smith and Janet Jackson. Between cornrows in the ’60s and ’70s and cornrows in the ’90s, the variety of styles became more creative. We saw two-cornrow braids, cornrow braids with extensions, side cornrows, and jumbo box braids that elaborated on the freedom of expression.

The Appropriation and Discrimination of Cornrows

During the 1990s and 2000s, cornrows became an extremely popular hairstyle that was increasingly showcased on TV and in music videos. As cornrows became socially acceptable, they also became a “cool” hairstyle for other communities to copy. Unfortunately, this encouraged cultural appropriation and cornrows became a trend. Incidents such as Kim Kardashian and her “Bo Derek” braids remain etched in pop culture for its lack of acknowledgment for Black braiding history. “Cornrows spilled over into other cultures, which made it acceptable and palatable for them as well. It shaped history because, for some people, it shows a sense of rebellion, but for us, it shows our genetic makeup. Cornrows are a protective style to help your curls not tug on each other too tightly. It’s a way to separate the curls and keep your strands in place,” Lindsey said.

Cornrows have been subject to appropriation time and time again. “Whilst imitation can be a form of flattery and personally I have no grievance with anyone outside of my culture wanting braids or cornrows, it is important to be aware of the origins of the style when adopting it and not using it as a trope to embolden stereotypes,” said Deborah T Johnson, co-owner of London-based salon SimplyGorgeous.

The discrimination against cornrows even carries itself to the present day. From schools to the workplace, Black people have found themselves being persecuted based on how they style and wear their hair. In the UK in 2009 at St Gregory’s Catholic Science College of Harrow in Greater London, a young boy was discriminated against for wearing cornrows to school. The school banned wearing cornrows because they said there were particular concerns in the area about gang culture and the hairstyle “encouraged that mentality.” Although the courts were in favor of the young student, eventually winning the case, it showcases the social categorization and discrimination against Black hairstyles in society.

Similarly, in the US in 2017, Mya and Deanna Cook, twin sisters in Massachusetts, had to serve school detention because their school determined that braids violated school policy. In 2020, 18-year-old DeAndre Arnold was suspended from Barbers Hill High School in Texas for his locs that he had been wearing in the same school district since seventh grade. These are just a few of many examples highlighting the discrimination against braids and natural hairstyles in general that Black communities face in the wider society. Thankfully, laws and legislations such as the CROWN Act in the US and the Halo Code in the UK have been motioned into action.

The CROWN Act, implemented across the US, outlines that Black people cannot be discriminated against just based on their hair texture or style (including braids). Similarly, in the UK, the Halo Code protects Black employees who come to work with their hair in natural or protective hairstyles associated with any racial, cultural, or ethnic identities and ensures they will face no barrier or judgment in the workplace.

How Cornrows Contribute to Hair Memories

“Cornrows play a huge part in Black history, identity, and childhood — for many of us, it was moments when our hair was braided by mothers, grandmothers, cousins, fathers, aunties — a way of bonding and coming together as a community,” Lindsey said. “I used to cry and fuss about it, because I didn’t want to sit there and get my hair combed, being a sensitive-scalped child. Once complete, everyone admired my beaded hair, which allowed me to love the process even more. I have fond memories of all the times I’ve braided my daughter’s hair over the years. She loves to share the types of hairstyles she wants before I can do it.”

Florence Johnson, co-owner of Simply Gorgeous, said: “For me, when I was growing up in Nigeria I often had my hair cornrowed or threaded to keep it neat and manageable on a day-to-day basis. I do distinctly remember that on special occasions or celebratory moments that we had our hair cornrowed in ornate styles as a form of dress with specific tribes known for certain designs and styles. Cornrows were often a way to distinguish a girl from a certain village by how her hair was cornrowed — deeply entrenched in social community.”

The Future of Cornrows

“I hope in the future that Black women and men can look in the mirror and love themselves for their beautiful Black skin and the beautiful texture in their hair and that Black people can go to work, school, or church and not be judged or persecuted for their natural hair,” Friend said. Hopefully, with important acknowledgments and protections put in place, Black people no longer have to feel discriminated against for how their hair is styled. Instead, taking on their beautiful birthright and fond childhood memories, cornrows will continue to blossom as a hairstyle and be celebrated for what they represent.

Click through to discover some salons and braiders to book or find inspiration for your next braiding appointment.