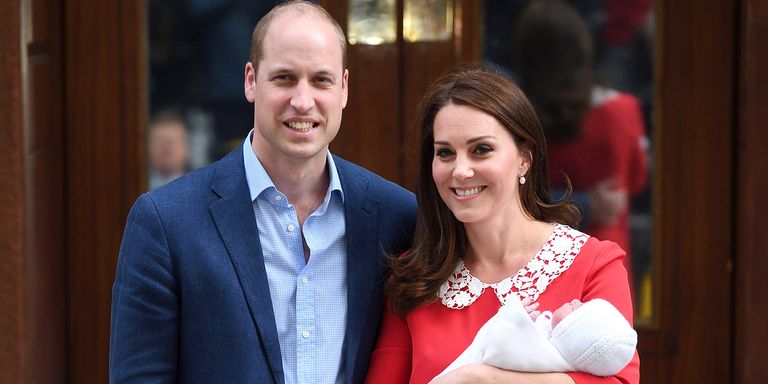 The Duchess of Cambridge is not like us—just in case you didn’t already know. Today, Kate Middleton stepped outside a mere seven hours after giving birth to her third child, a boy, to face a sea of press and photographers. Even though she had literally just brought a new human baby into the world, Middleton was photographed with an immaculate wind-proof blowout and face-full of glam makeup. She is magic.

Middleton’s signature bouncy blowout was likely thanks to Amanda Cook Tucker, her personal hairstylist who is often seen traveling with the royal family. Cook Tucker was reportedly the second person, other than the doctor, to meet Prince George when he was born back in 2013. Most moms get more than seven hours in the hospital after giving birth, and when they do finally get out, they’re not greeted by hundreds of cameras and the eyes of the entire world. So it’s no wonder that Middleton wanted her hair to look pristine.

Cook Tucker Instagrammed and then quickly deleted photos of her hair kit earlier this year, showing off some of the key products she uses on Middleton’s iconic hair. The products that were likely in her kit today: L’Oréal Paris Elnett Supreme Hold Hairspray, Charles Worthington’s Volume and Bounce products and Texturizing Spray, Boots UK Essential Maximum Hold Unperfumed Hairspray, and Kiehl’s Crème with Silk Groom. It was incredibly windy when Middleton stepped outside with the still-unnamed third little royal, but while her hair moved in the wind, it never got messy. Needless to say we’re adding all the products above to our medicine cabinet ASAP.

As for her makeup, Middleton wore a twist on her signature look: strong, defined brows, dark eyeliner, a pop of blush, and a peachy nude lip gloss. Middleton famously did her own makeup for the day of her wedding in 2011, but she’s been associated with London makeup artist Arabella Preston for years. While she typically wears a matte or satin lipstick in a classic pale pink, she went with a glossy version for her post-hospital debut. Her nails were kept bare and simply buffed.

Hiring a delivery ward glam squad is becoming more common even among non-royal mothers—because who doesn’t want to look their best on one of the most physically grueling days of their lives?