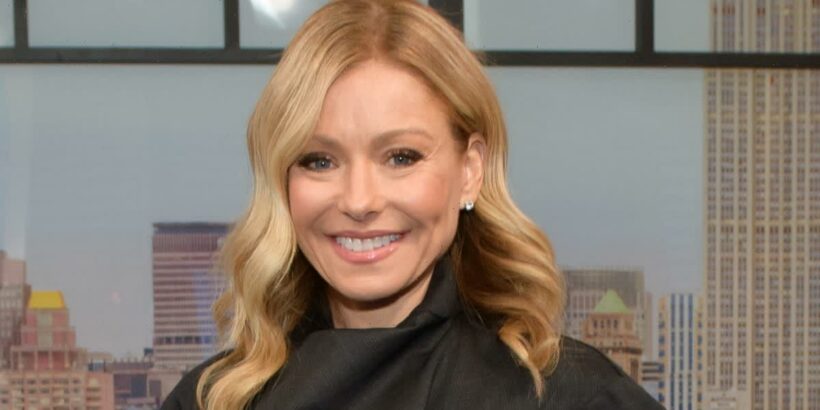 Kelly Ripa couldn’t have had a more confusing time on the latest episode of Live with Kelly and Ryan while trying to figure out her guest Bryan Cranston.

The Breaking Bad star appeared as a guest on the show, and Kelly and her co-host Ryan Seacrest quickly got to the question on everyone’s minds – his new look.

Instead of his usual clean shaven smiling face, Bryan sported a full grown beard and mustache along with much longer hair, and the hosts wanted to know what the reason for it was.

Immediately as he walked on to the set, Kelly greeted him by repeatedly calling him “Captain,” while Ryan exclaimed: “Top o’ the morning!”

When pressed for the reasoning behind the look and whether it was for a new role, Bryan explained: “Yes, it could be. I’m playing in a new Clint Eastwood movie. I’m doing an old prospector panning for gold.” However, when Kelly asked if it was true, he quickly replied: “No.”

He then said that he was actually working on the remake of Miracle on 34th Street. “Is that true?” Kelly asked again, and she got the same response. Out of exasperation, she shot back: “Stop toying with me!”

A post shared by LIVE with Kelly and Ryan (@livekellyandryan)

He kept the charade going by suggesting that Ridley Scott was doing a show on the high seas and he was playing a captain, and when he denied it once again, Ryan stated: “Come on Cranston!”

Bryan finally did reveal, amid the laughter of the studio audience, that it was really for a role but he couldn’t talk about it at that stage.

“It’s very on the nose for a bad guy,” he hilariously added as he spoke of grooming, narrowing his eyes and twirling his mustache for the camera, with Kelly sharing that it looked very “plyome.”

The new facial hair was even a point of conversation at the recent 75th Tony Awards where it made its debut, as Bryan took to the stage with Tony Goldwyn to present an award.

Tony even made a joke about his new look by quipping: “Well can we please get to work so you can get back to looking for your lost razor blade?”