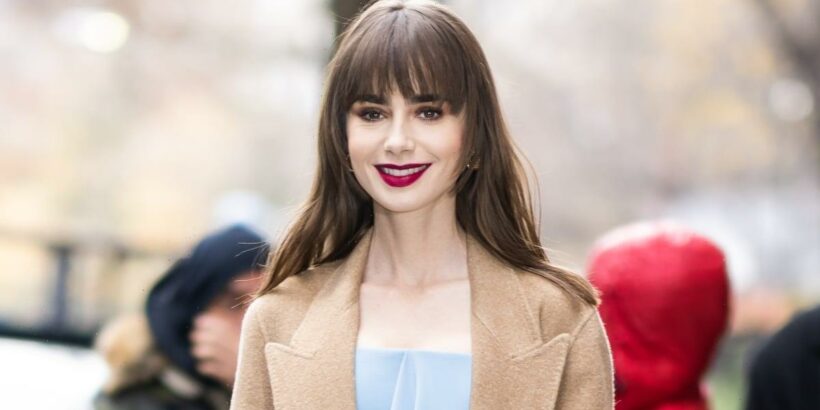 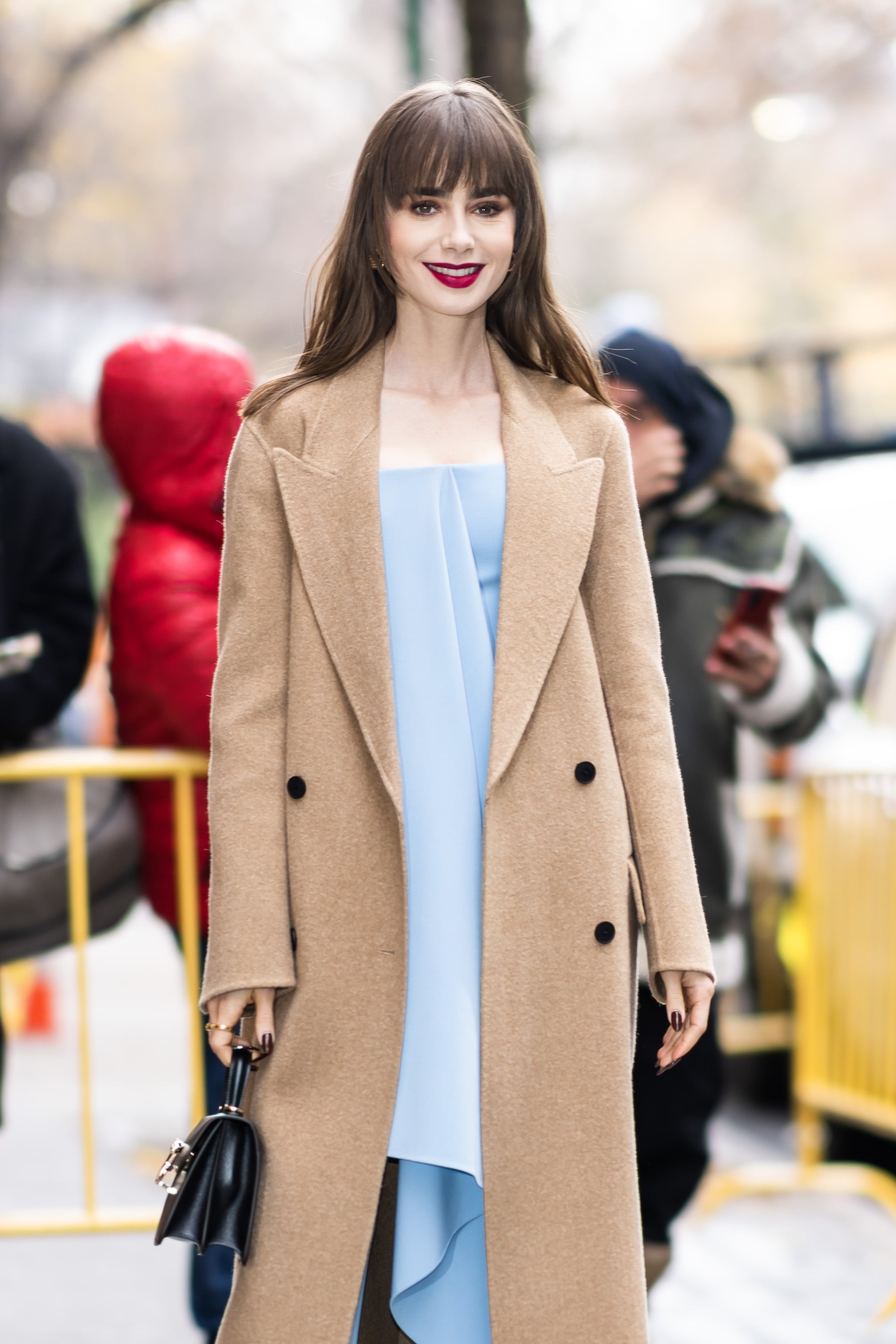 Netflix’s “Emily in Paris” returns to our screens on Dec. 21, and Lily Collins, who stars as Emily on the show, is already serving up some head-turning fashion and beauty moments. Dressed in a long-sleeved Valentino minidress and sparkly platform Mary Jane shoes, Collins arrived at the special screening of season three in New York City on Dec. 15 looking like a ’90s movie star. From her soft, smoky eyeshadow and black eyeliner to her Pamela Anderson-inspired messy bun, not a single detail was missed.

Celebrity hairstylist DJ Quintero has been working with Collins for many of her recent red carpet appearances. Here, he piled the actor’s hair high on top of her head into a curly updo, leaving out only her eyebrow-grazing bangs and a few curls to frame her face. According to his caption, Quintero used Living Proof hair products.

Her ’90s glam was done by celebrity makeup artist Vincent Oquendo, and her nails, which were painted a deep reddish-brown hue with a shiny topcoat, were by nail artist to the stars Thuy Nguyen.

Take a peek at Collins’s look (which is giving major holiday-party inspiration) from the “Emily in Paris” season three premiere ahead. 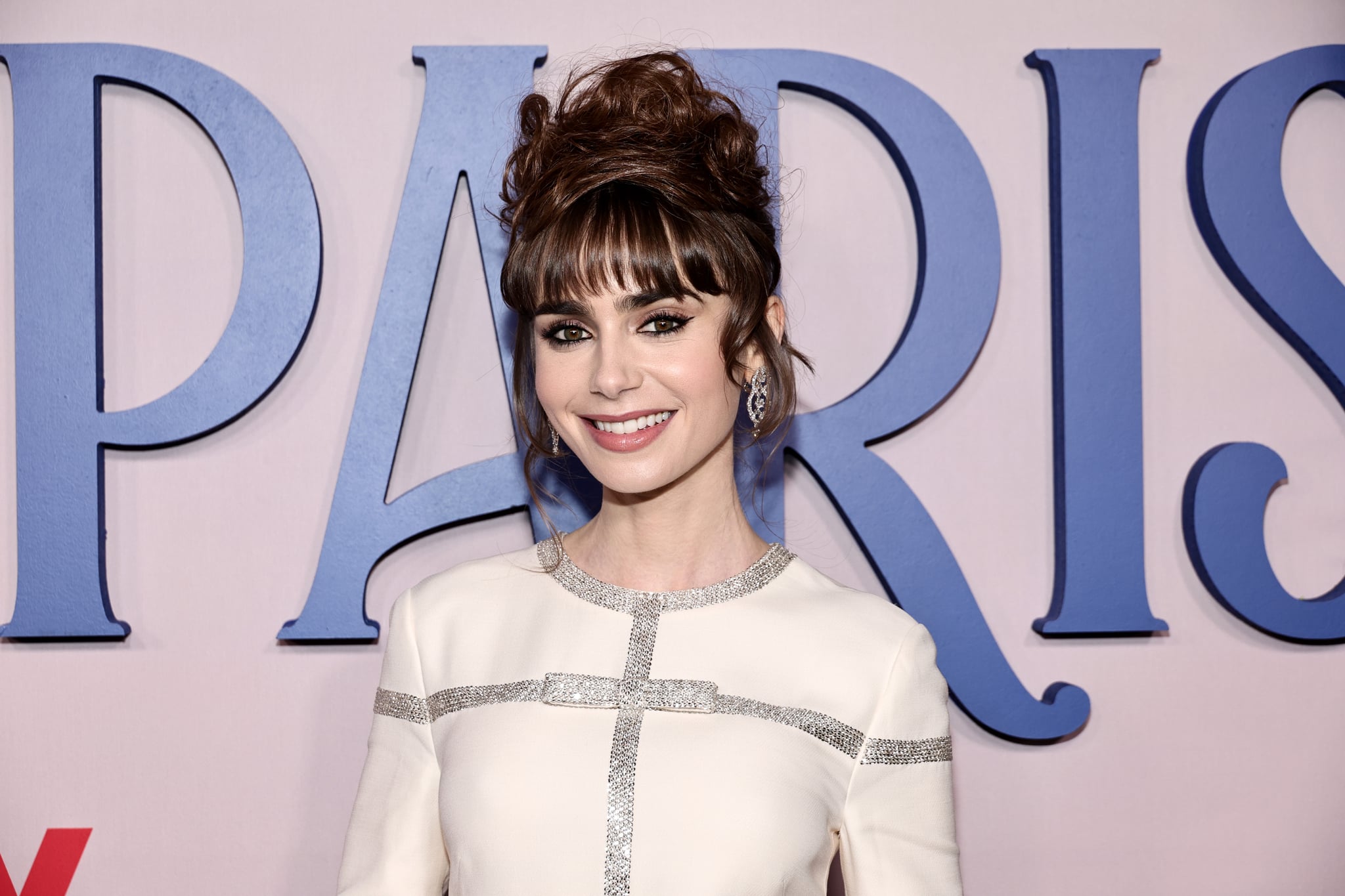 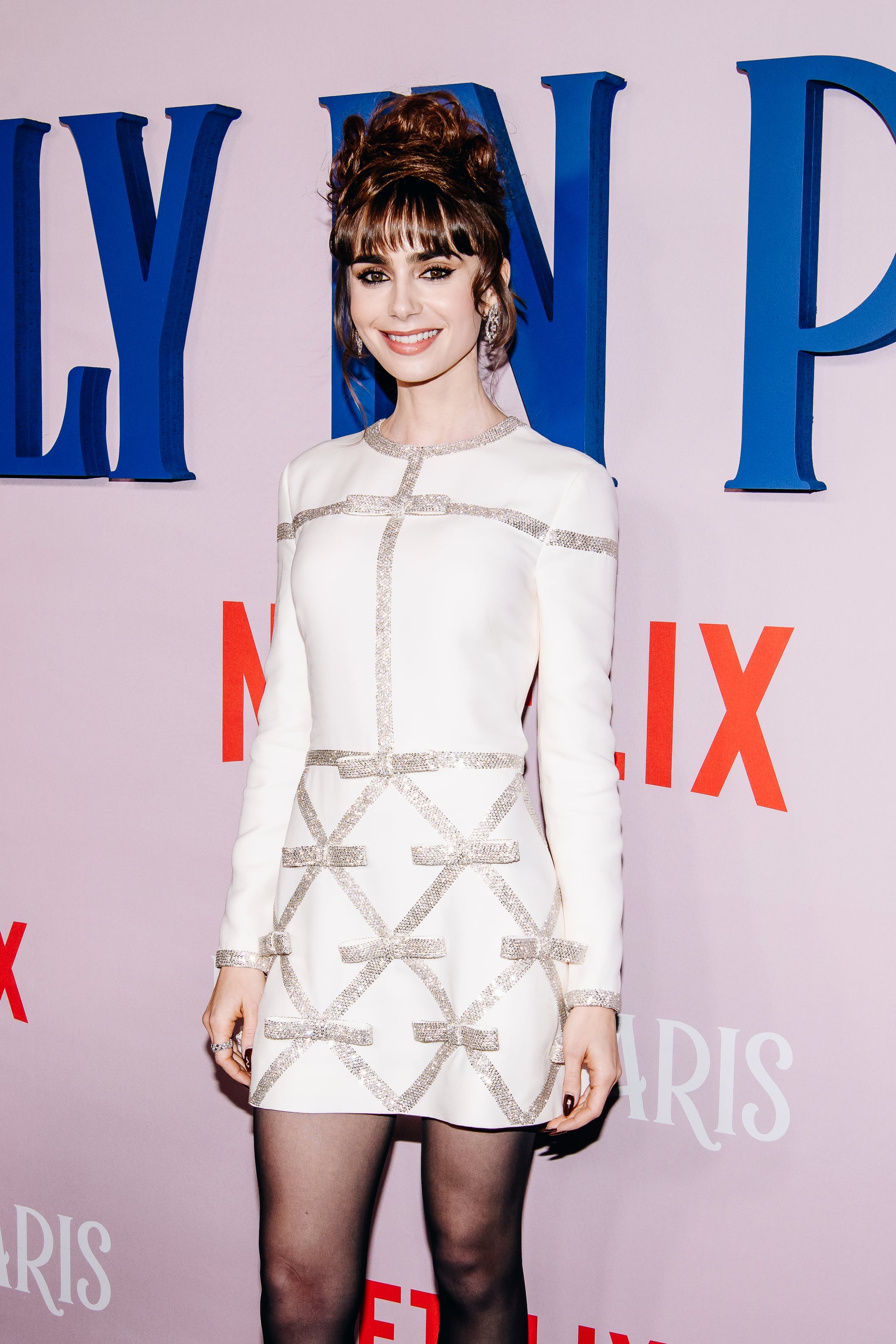