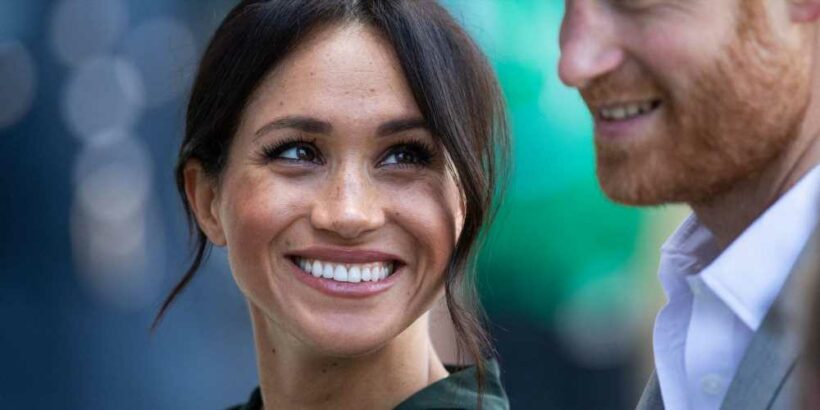 Meghan Markle is such a lovable stunner that everything she touches turns to gold — just take the astronomical views her Oprah special raked in, or the bench visual in her children's book that had people racing to buy lookalikes. Her beauty picks are no less inspiring, especially because, in a feat of perfect timing for Markle's 40th birthday, one of her favorite splurgy lipsticks is now 40 percent off.

As her makeup artist, Daniel Martin, told People, the Duchess of Sussex sticks with nude lipstick for a simple reason. "The one time she did a red lip, she just didn't feel comfortable in it. She likes to talk and she's not a fussy person, so she doesn't want to have to worry about anything," he said to the outlet.

While it's not officially confirmed, both Glamour and Byrdie have identified her go-to nude as Charlotte Tilbury's Matte Revolution Lipstick in Very Victoria — a fitting secret weapon for facing the British monarchy. The UK brand's best-selling matte lipstick typically goes for $34 a pop, but Charlotte Tilbury's running a *chef's kiss* 40 percent-off sale until August 17, and the selection includes a few different ways to score Very Victoria for way less. The Iconic Matte Lip Kit duo, on the other hand, unites one of the brand's Matte Revolution Lipsticks with its best-selling Lip Cheat liner, in case you go through about one lipstick a year (same). Pair Very Victoria with berry Savage Rose liner or brick-red Walk of No Shame for a deeper look, or choose the brand's classic Pillow Talk to make fellow fans Amal Clooney, Kim Kardashian, Cindy Crawford, and Sienna Miller proud.

The sale extends beyond lipstick, and there are few celebrity-loved callouts to mention. Charlotte's Backstage Beauty Secrets Kit wraps one of the brand's matte lipsticks with its Wonderglow Face Primer and ​​Filmstar Bronze and Glow highlighter-bronzer duo; the primer is Gigi Hadid-approved, and the Bronze and Glow is lauded by supermodels like Emily Ratajkowski and Doutzen Kroes.

The Multi Magic Glowing Skin Kit is another fantastic score, combining Charlotte's Magic Cream and Multi Miracle Glow, a balm that triples as a cleanser, face mask, and overnight facial. Celebrities like Kate Moss and Khloé Kardashian sing the cream's praises, along with dermatologists who back its anti-aging ingredients. Shop the rest of the sale's highlights below, and act fast, because some shades are already selling out.