Is there anything more threatening than a woman who knows she’s beautiful — and doesn’t shy away from the fact?

A recent article in Stellar magazine by Sunrise co-host Samantha Armytage, in which she says she’s beautiful, has revealed just how much we love to hate women who own their beauty. 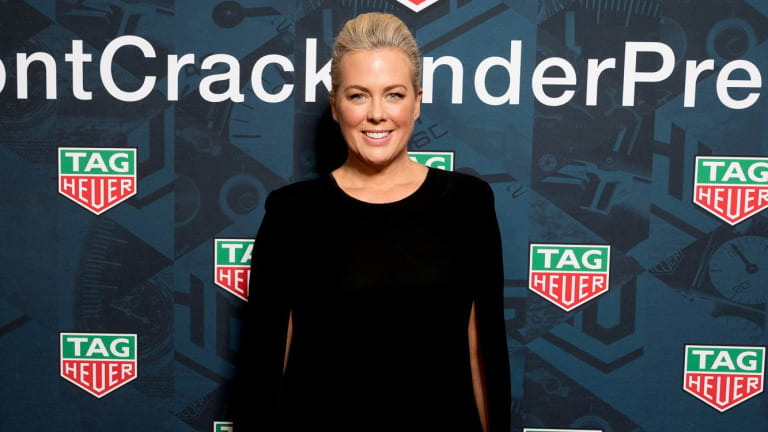 Social Seen: Samantha Armytage at the launch of the Museum in Motion Exhibition earlier this month.

Armytage wrote, in part, “don’t attack me for being beautiful” and then continued “if you don’t think I’m beautiful, then you’re entitled to your opinion (but you’d be wrong)”.

Cue the online stampede of people wishing to set her straight.

“Who in the heck is she trying to kid?" wrote one commentator. “Her mirror mirror on the wall is telling her porkies.”

“She should have gone to Specsavers if the [sic] think [sic] she is beautiful,” wrote another.

And @Barry61325536, who clearly imagines himself to be some kind of International Arbiter of Beauty Standards told all three of his Twitter followers: “No one's attacking you because you're beautiful. Let's get that's [sic] straight right now, your [sic] over the hill sweetheart. You are criticised for being up yourself and arrogant. #hubris #annogingwoman [sic].”

Having traversed that nasty little path of trolls, let’s turn to the facts: Samantha Armytage is beautiful. Quite aside from individual tastes and preferences, we know that she is beautiful because she’s on Australian commercial television. She wouldn’t have the gig if she wasn’t easy on the eye.

And, as Armytage reveals — which was the whole point of her article and was overlooked by those rushing to bring her down a peg or two — she has a team of professionals working to maximise her beauty. Armytage’s real sin was revealing something about herself that women are never permitted do: that she doesn’t hate the way she looks.

Women are raised with the beauty bind. In countless ways we are told that our most important goal and value in life is to be beautiful. We invest stupid amounts of money — and even stupider amounts of time — pursuing beauty, assessing our beauty, and worrying about it now and into the future when we commit the social crime of aging.

But — and here’s the bind — despite all our effort to achieve beauty, we’re never allowed to succeed at it. If we do, we must pretend we’ve failed in our quest for beauty, whatever the evidence might show. Break this rule, as Armytage did, and there’ll be a chorus on hand to tell you that you’re ugly (and old) and accuse you of being vain, superficial and conceited as well.

Other people are allowed to think we are beautiful, but we must hold firm and correct them, insisting that all we see are our “imperfections” and “problem areas”.

Partly this is a result of the notion that beauty is something that is bestowed upon on us. We are all Cinderellas at the ball waiting for some man to decide if we are valuable. Even then we are expected to blush and disagree.

Relying on men to decide if we’re beautiful is just another way that women are raised to defer to male authority. In fact, it’s often a girl’s first lesson in this practice. But this deference goes beyond beauty to women’s entire worth. Any woman with high self-esteem who believes she is capable and already good enough is a threat and needs to be cut down.

There is big business in women feeling perpetually inadequate. It drives us to endlessly strive to fix all the things that we are supposed to hate about ourselves — physically, emotionally, spiritually — with beauty regimes, diets, yoga retreats, vision boards, and self-care.

So, cheers, Sam. Well done for smashing this taboo. You are beautiful. You should own it. And the rest of us should follow your lead, owning not just our beauty, but our knowledge, our skills, and our power.