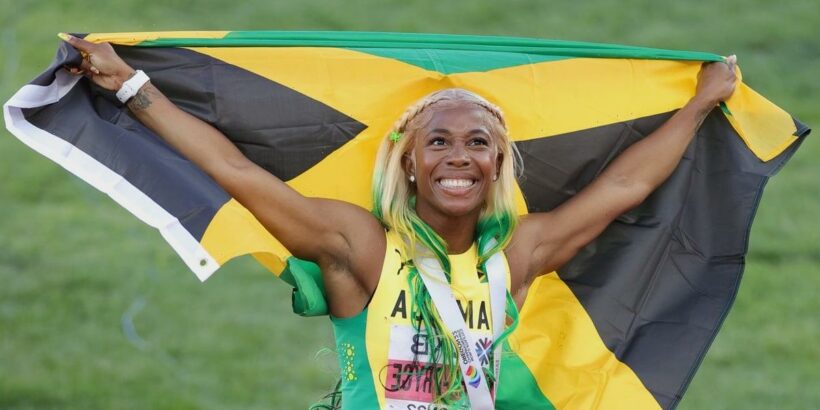 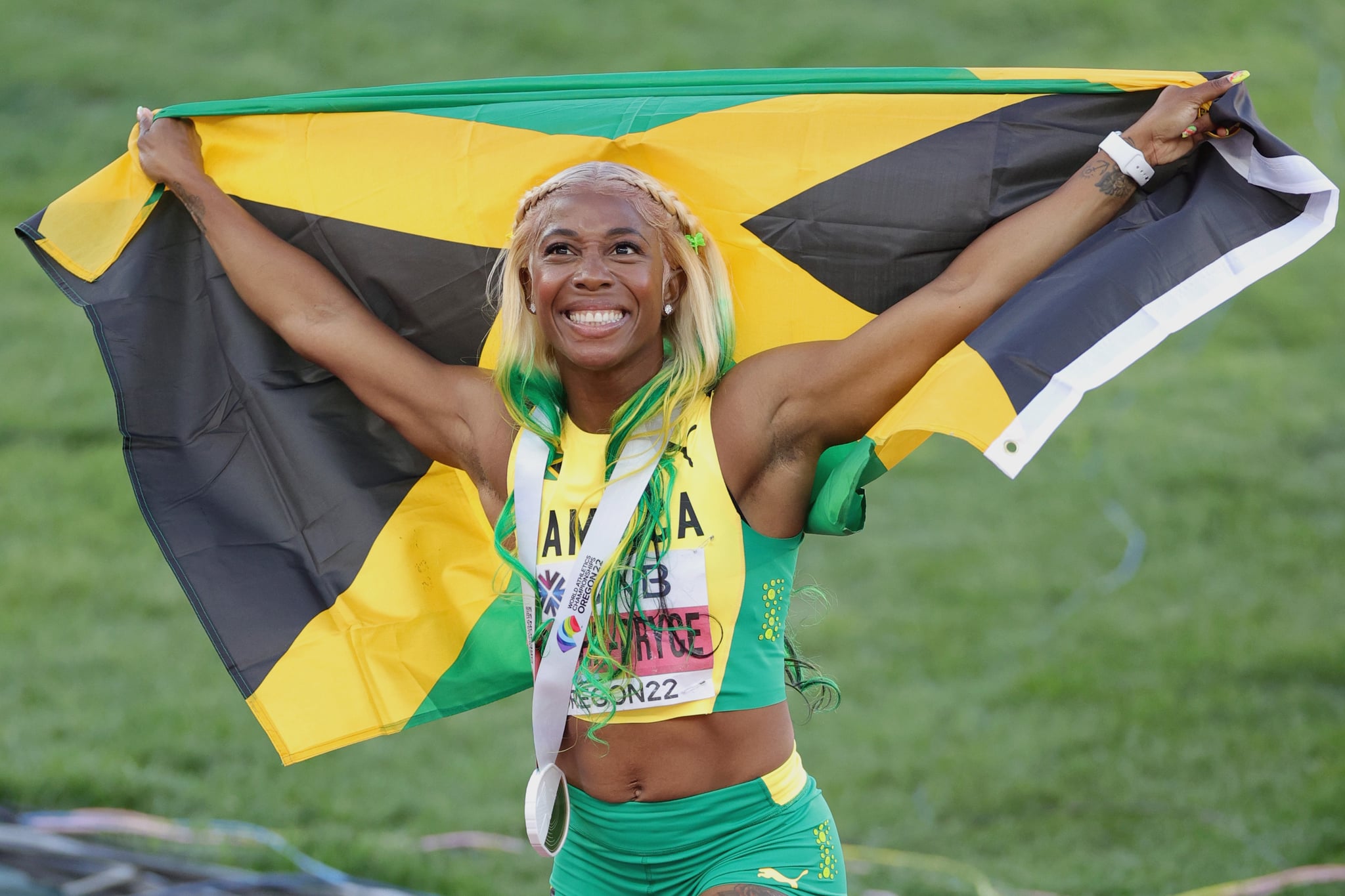 Shelly-Ann Fraser-Pryce is leaving with more than just her numerous medals from this year’s World Athletic Championships. The Olympic medalist has become so well known for her colorful hairstyles that she’s begun bringing an extra bag around to her competitions just for her wigs.

After running the 200-meter sprint a few days ago, in a postrace interview with NBC Sports, Fraser-Pryce detailed how she achieved her colorful game-day hairstyles. “I had my hair done and colored from home by [hairstylist] Shanz, packed them, and have been having different stylists here install them for me,” she said. “I’m excited about bringing out my new collection.”

When the commentator asked her exactly how many wigs she brought, Fraser-Pryce coyly replied with “quite a few,” before admitting to bringing 10 different wigs with her to the competition. “I bought a bag just for wigs and hair products,” she said.

Elite athletes have long used their competitions to show off their personal style choices, with one of the most popular examples being track and field legend Florence Griffith Joyner. Gymnast Suni Lee also made waves during the 2021 Olympics after winning an all-around gold medal while wearing impressively long acrylic nails. Take a look at the full video detailing Fraser-Pryce’s styles below.