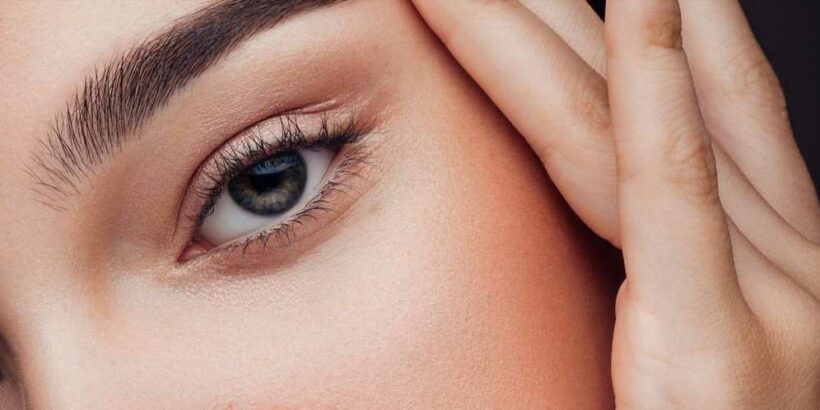 Here's a secret: As a writer who browses Amazon all day long, sometimes, you realize that the best products don't always come with hundreds of thousands of ratings. Sometimes they do — I mean, just take Olaplex — but other times, the sheer intensity of people's love for a product speaks more than a billion reviews saying, "Good." Case in point is Fleur & Bee's Anti-Aging Eyes Eyes Baby Eye Cream, a shopper-loved find that's 40 percent off for Labor Day.

"I have tried dozens of eye creams to try to fight my under eye circles. I have wasted hundreds of dollars," writes one convert. "After about three days, my eyes look a decade younger." Two more fans elaborate that the cream both fades dark circles and smoothes out fine lines within a week. "I've gone through lots of eye creams, some very high end — and I swear this eye cream so far has impressed me the most," says a different person. "My eye bags seem less puffy, and my crow's feet softer and smoother. I have only used it for a week but I really love this eye cream."

Those rapid-fire results stem from the formula, which weaves together niacinamide, caffeine, peptide Matrixyl 3000, vitamin E, squalane, antioxidant-rich green tea, algae extract, and centella asiatica. Board-certified dermatologist Dr. Michele Green steps in with some insight on what those mean for skin, explaining that niacinamide and caffeine improve circulation to reduce inflammation. The former also brightens, and the latter works "really well" for depuffing eye bags (which is why reviewers report a tighter eye area within weeks). All in all, it's more well-rounded than a Harvard college application. Which clarifies why people dub it the crème de la crème (or rather, crème de la eye creams), like one reviewer who writes, "I've been using it for five months, and it is hands-down the best skin care product I've ever used in 50+ years. Eyes Eyes Baby is the ideal product for my extremely dry skin and sensitive skin and eyes." With twice daily use, "it's reduced the appearance of wrinkles, plumping up the skin and leaving it soft and glowing. I wish this product had been available 50 years ago when I first began using skin care products."

The $13 eye cream was also the first solution to make other people's crepey under-eyes disappear, they write, the thick, whipped, luxurious formula belying its inexpensive price. As one shopper says, "This product firms skin and easily makes me look five years younger" — a take that's seconded by one more person, who writes, "I'd practically given up on trying to look younger than my 40 years until I found this. I've been using this eye cream for about six weeks, and have noticed a reduction in fine lines around my eyes."

Interested in getting in on Amazon's low-key greatest eye cream? The typically $22 formula is 40 percent off with code WORKIT40 from September 2 to September 7, and the same code and discount applies to the rest of the brand's products on Amazon. Happy shopping.