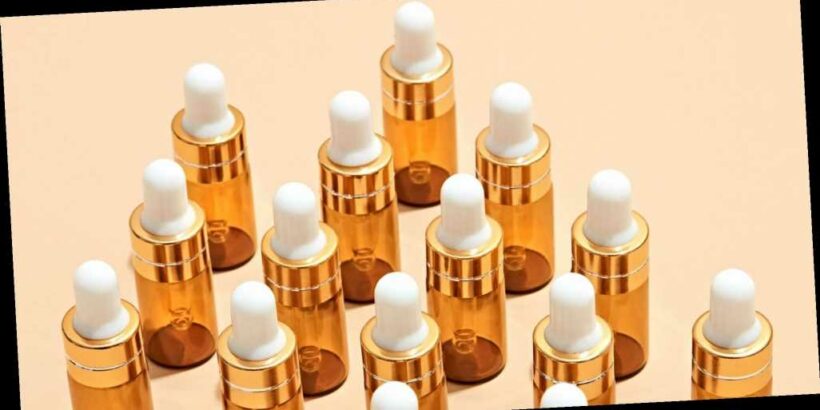 Skincare is hardly ever one size fits all. One person's holy-grail recommendation could easily be your complexion's next nightmare, especially if you have sensitive skin. But when thousands of people rally behind one product, we take note. That's just the case with TruSkin's Hyaluronic Acid Serum. Not only is it extremely affordable, but people literally can't stop raving about how quickly it's become an integral part of their regimen.

Why try this one serum? For starters, it will only set you back $16. Beyond that, shoppers have claimed it's cured anything from dark circles to fine lines overnight. One reviewer even noticed an overall difference in their skin after just five days of use.

The super hydrating formula features a list of top-notch ingredients, including hyaluronic acid, vitamin C, vitamin E, green tea, and aloe vera, to name a few. It locks in moisture to the skin, which in turn nourishes dry patches, redness, and dullness. Even better, it also acts as an anti-aging treatment by boosting elasticity and smoothing out expression lines. Reviewers of all ages and skin types swear by it.

"The first day I used it, I noticed a significant improvement in skin texture, evenness of skin tone, and some fading of dark marks," said one shopper. "I hadn't expected results in ONE DAY, but it made a visible improvement that fast! It definitely helped with fine lines and adding some bounce back to my skin."

Other reviewers voiced their initial concerns that the serum would cause severe reactions on their fickle complexions, but were ultimately surprised to find it improved their dull skin tenfold.

"No burning, no redness, no unintended swelling," said another shopper. "It seemed to 'fill' the small lines, giving my skin a smoother appearance. Even the smile lines appear diminished after a single use. I will keep using it, and hope that these changes become permanent. Even if they don't, it's much better than injectable fillers and other higher-priced products."

Sounds worth it if you ask us. Grab your own bottle for just $16 on Amazon.