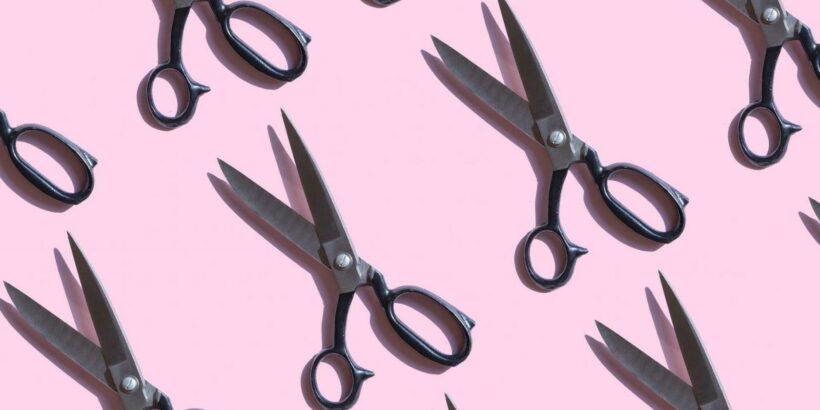 Ever find yourself researching a specific hair look before getting the chop? It turns out there’s one hairstyle in particular that has us turning to Google.

The power of a good haircut shouldn’t be underestimated. Not only is it a way for you to express yourself and, for some, an important part of your identity, it can also be a way to cope with life experiences, whether that be a major break-up or honouring the memory of a loved one.

Of course, there are lots of different hair looks you can experiment with and it can feel like a bit of a journey trying to find what makes you feel the most confident and empowered. However, a recent survey has found that one hairstyle in particular reigns supreme across the globe.

Using a list of over 170 different hairstyles and cuts, hairdressing insurance provider Protectivity analysed Google search volume data around the world and found that the most popular is none other than a classic bob.

Terms around ‘Bob’ gather a staggering 222,580 average monthly searches and it is the most popular hair look in 52 countries, including the UK, USA, Belgium and Germany.

Following bob, comes ‘bun’ with 85,890 average monthly searches and ’bangs’ with 85,830. Also sitting in the top 10 are box braids, ponytail, cornrows, Afro, undercut, twists and half up, half down – in that order.

So what makes bobs so popular? While it’s thought to have been invented in 1909 by Parisian hairdresser Antoine de Paris, who used Joan of Arc as inspiration, the timeless hairstyle rose to popularity in the 1920s. Breaking away from the archaic belief that long hair signalled femininity, the bob became a symbol of a shift in society.

Now, it is praised for being low-maintenance and can be worn in a variety of ways, from a French bob (when the length typically hits the corner of the mouth) to an asymmetric bob (when one side is slightly longer than the other) and even a lob (a slightly longer version of a bob).

If you’re one of the thousands that finds themselves googling ‘bob’ (and spiralling into an internal debate over whether to do it or not), we’ve rounded up some of our favourite bob styles below to give you some inspiration for your next haircut.