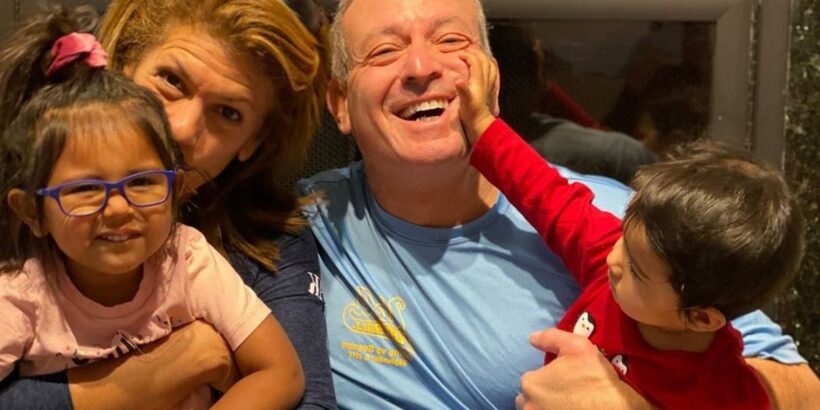 Hoda Kotb has shared the moment she broke down in tears on her fiance’s chest after they decided to adopt children.

The Today host, 57, and Joel Schiffman are parents to two daughters, and Hoda has now recalled how she first broached the subject with Joel, 63.

“I was terrified,” she shared, admitting she didn’t know what his reaction would be and that what was scarier was that she was “going to do it anyway”.

Hoda hadn’t been able to sleep in the weeks leading up to the conversations, and she told him that she couldn’t “carry” it alone anymore but that she wanted him to “take a week, take as long as you need” to think it over.

Speaking to People, Hoda continued: “I looked him in the eye and I said, ‘I would like to explore adoption with you.’ And there was like a second there, I was like, ‘This is the end of a relationship or the beginning of a family.’

“My heart was pounding and he just looked at me and he said, ‘I don’t need a week.’ At that moment, I fell on his chest and was sobbing.”

The mom-of-two shared how she knew that she had picked the right man to spend her life with, that she had chosen a man who would “choose my happiness over his convenience”.

Joel and Hoda’s nuptials have been postponed due to the COVID-19 pandemic but they are hoping to wed soon.

Hoda and Joel are parents to two girls

In October 2020 she also revealed that they are ready to open their hearts and adopt another child; the couple share daughters Hope Catherine, two, and Haley Joy, four.

However, while she still remains hopeful that it will happen, the pandemic has forced the process to become slower than normal and that they are “waiting wisely”.