After 2017’s Wonder Woman told the epic origin story of Amazon goddess Diana Prince (played by Gal Gadot), fans were left wondering what the iconic DC warrior was up to in the decades between that movie’s World War I setting and the present-day Gotham that Diana joins in Batman v. Superman. Here to provide thrilling answers is Wonder Woman 1984, which includes plenty of retro throwbacks and nods to the character’s appearances in the original comics. In fact, there are plenty of DC Easter eggs in Wonder Woman 1984 that even superfans may have missed the first time around.

There’s plenty to dig into in this stuffed story, which is loaded with Easter eggs. DC Comics fans will spot nods to Diana’s invisible jet and golden armor, while Steve’s reappearance calls back to his tragic death at the end of Wonder Woman. To help you make sense of them all, here are the 10 most significant easter eggs in Wonder Woman 1984, and how the movie called back to them:

Wonder Woman 1984 opened with a flashback to Diana’s childhood on the Amazon island of Themyscira, where she learned a valuable lesson about the importance of truth after cheating during the annual Amazon Games.

The character competed in a similar tournament during her first-ever DC Comics appearance in 1941. However, in that story, she was competing for a chance to accompany Steve to the United States. 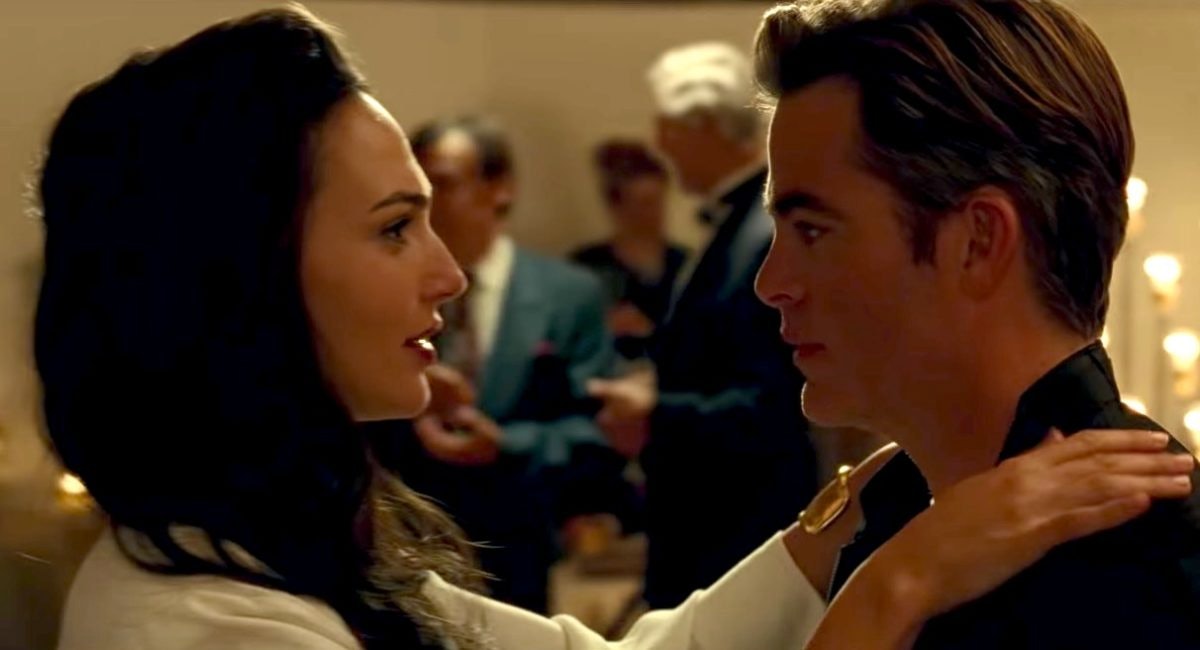 The last time Steve saw Diana before his death, he gave her his watch and said, "I wish we had more time."

When Steve came back in another man’s body in Wonder Woman 1984, he said those same words to prove to Diana that it’s really him.

Similarly, Steve also gave Diana a digital watch when he came back, to remind her of their last moments together.

When his character first returned, his watch from the first movie also began to work again as it sat in Diana’s apartment. 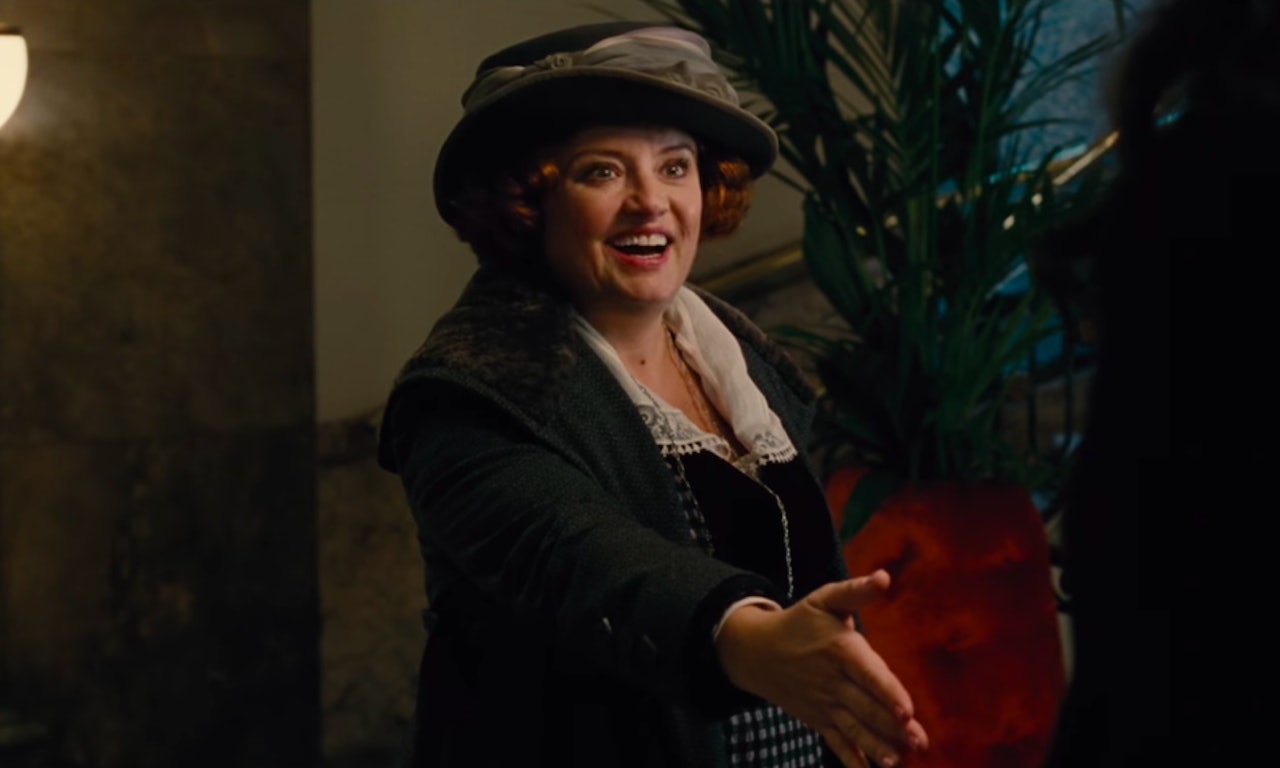 Etta Candy provided plenty of laughs as Steve’s secretary and Wonder Woman’s ally in the 2017 movie. In the sequel, fans saw a framed photo of Diana with an older Etta, showing the two stayed close even after his death. 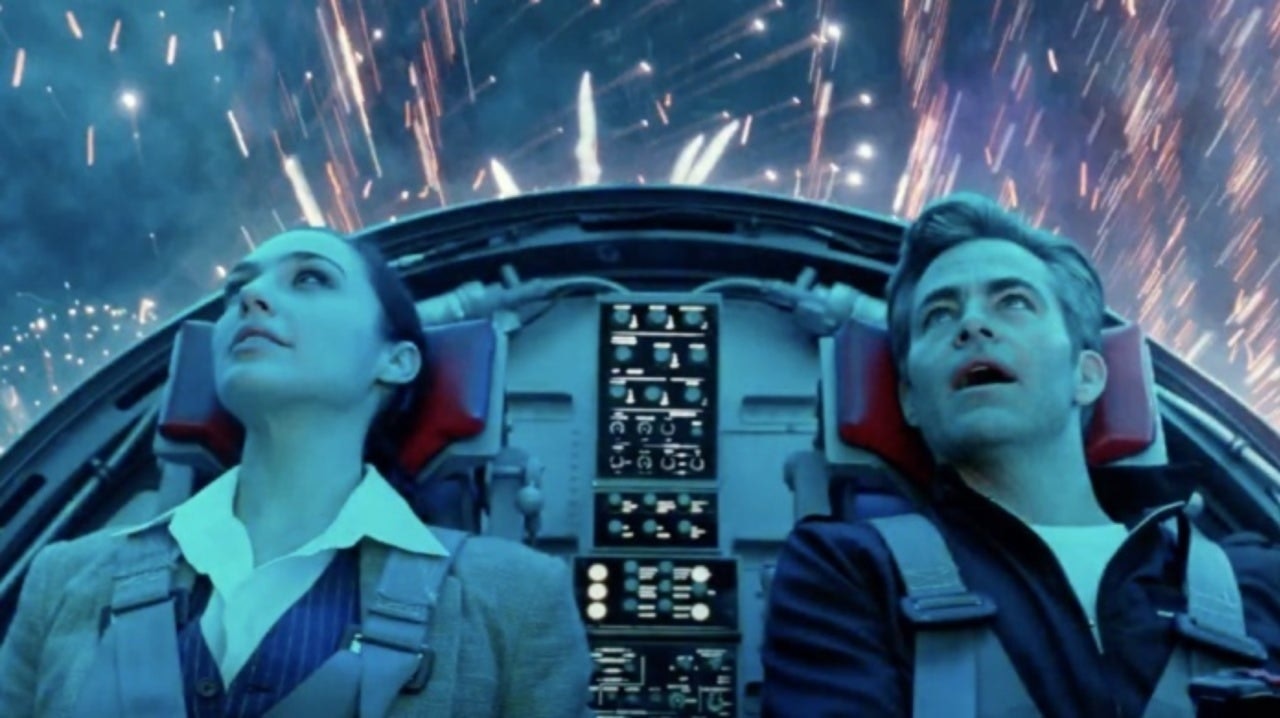 Wonder Woman wasn’t always always able to fly. Starting in 1942, she used her Invisible Jet to get around, and it even made an appearance in the 1970s Wonder Woman show. Wonder Woman 1984 contains a nod to the heroine’s iconic aircraft, as Diana made the plane she and Steve flew to Cairo invisible so it disappeared off a nearby flight radar. 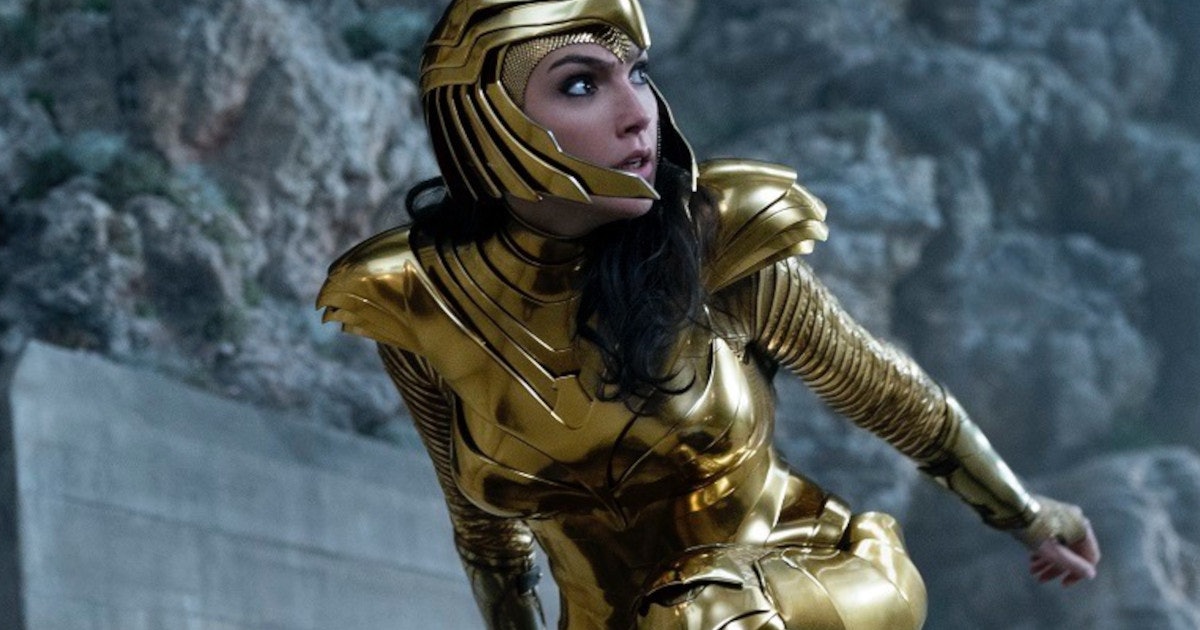 During her final battle with Cheetah, Diana dons special golden eagle armor that belonged to the Amazons’ "greatest warrior," Asteria. The iconic armor also has a long history in the comics, first appearing in the 1996 story Kingdom Come. 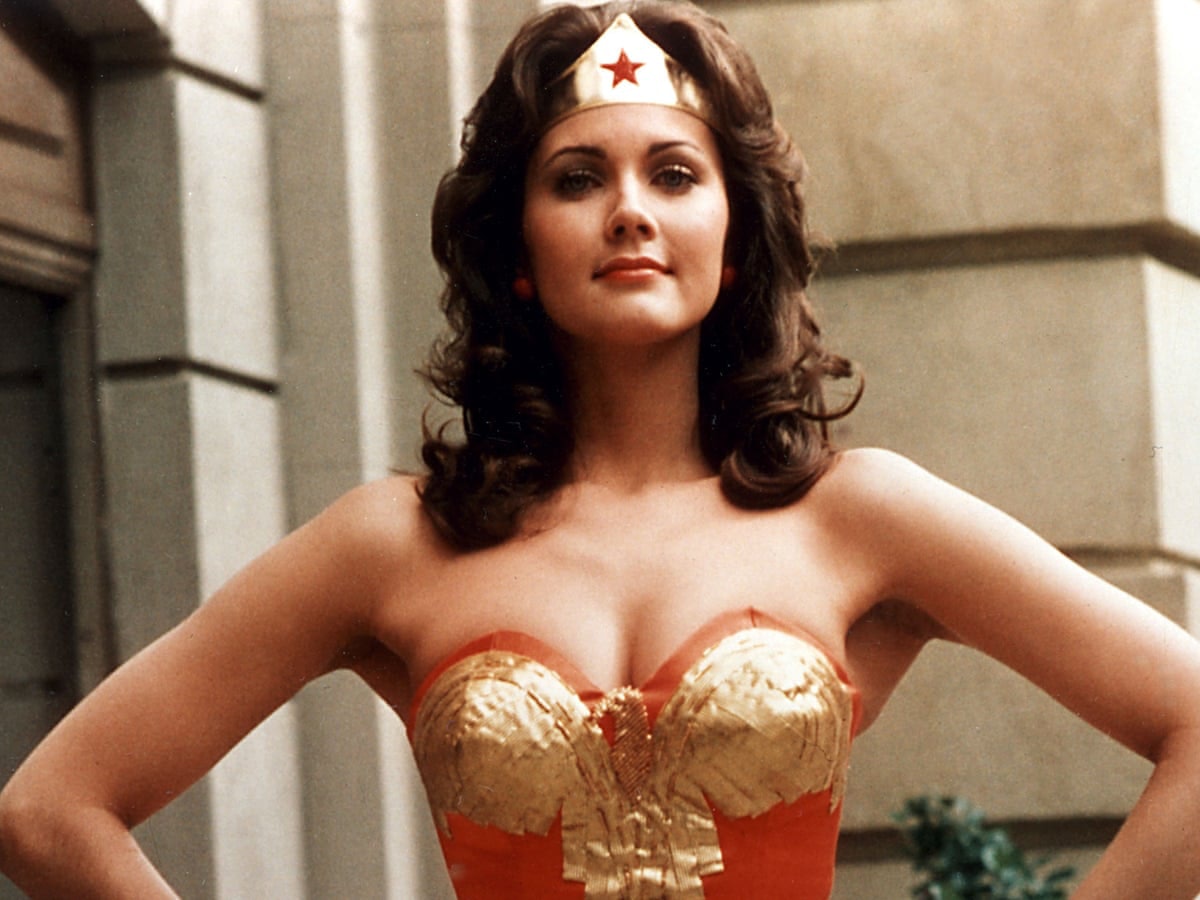 In the Wonder Woman 1984 mid-credit scene, it was revealed that Asteria has actually been living on Earth since the dawn of time. Plus, she was played by Lynda Carter, who played Wonder Woman in the beloved ’70s series of the same name.

In an especially epic scene from the movie, Diana used her lasso to swing from lightning. (Spider-Man who?!) It makes sense, given that she’s technically the daughter of Zeus, the god of thunder.

At the beginning of Wonder Woman 1984, Maxwell Lord was a conman who swindled people into investing in his Ponzi schemes. One angry investor was named Simon Stagg, a villainous CEO who served as superhero Metamorpho’s nemesis in the DC Comics. 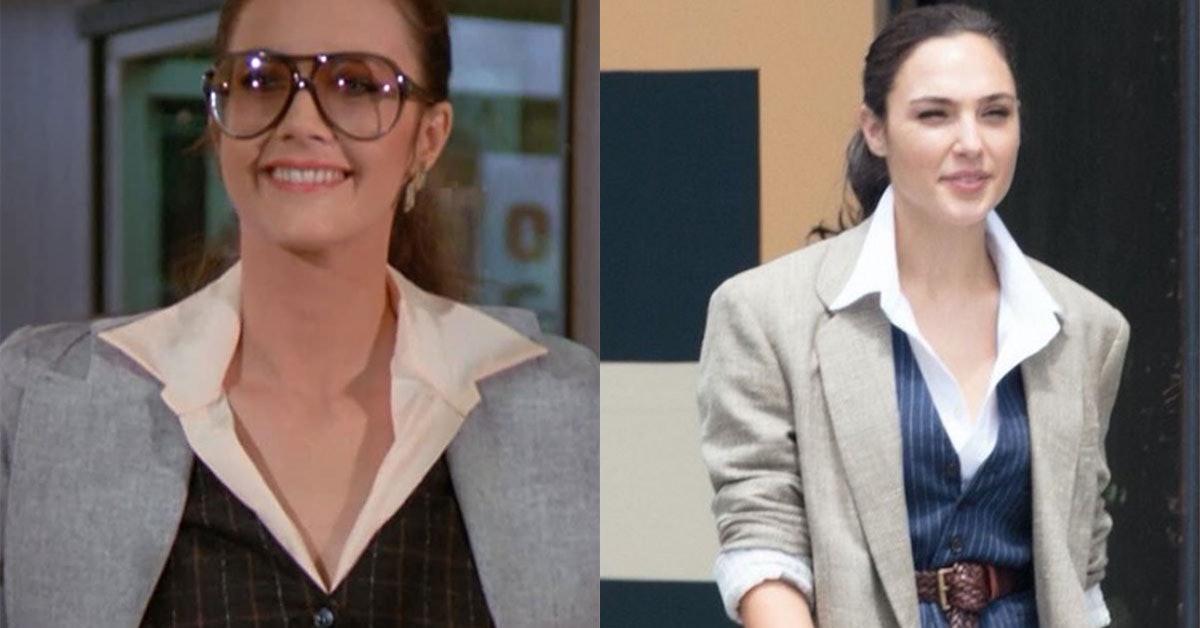 Carter may have appeared as Asteria in the mid-credit scene, but the movie also contained another subtle reference to her version of Wonder Woman. When Diana showed Steve around ’80s D.C., she wore a blazer, vest, and white collared shirt ensemble that looked a lot like one of Carter’s iconic outfits in the Wonder Woman show.

This article was originally published on Dec. 25, 2020