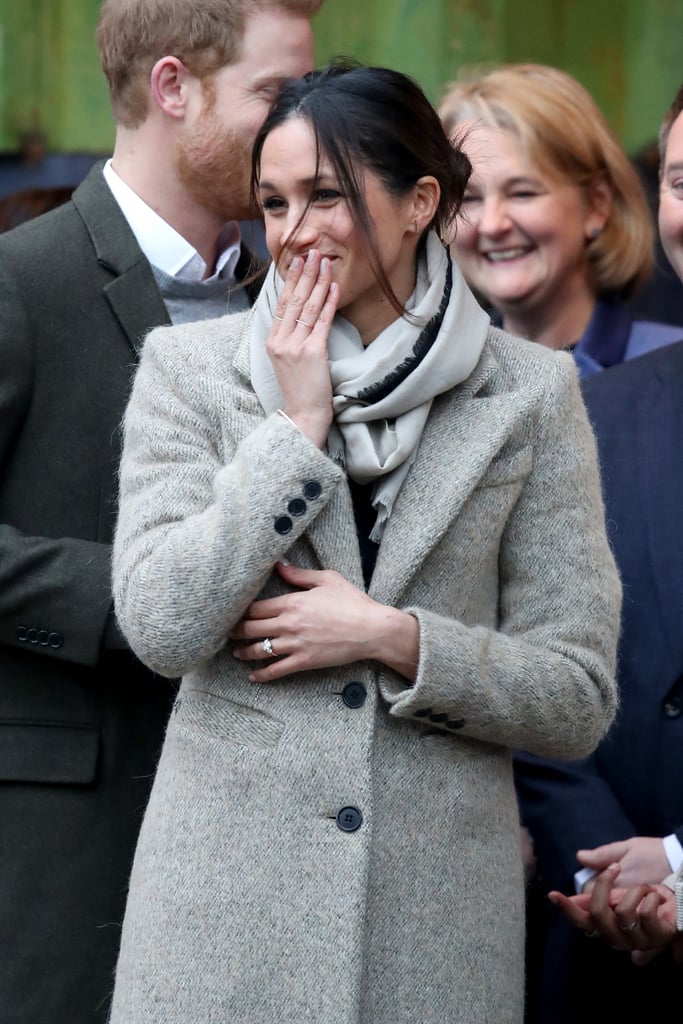 When She Wore a Messy Bun to a Royal Engagement

Meghan Markle had one hell of a year. She married the love of her life, Prince Harry; she’s expecting her first child; and she became a royal. While being a royal may sound glamorous and all, the title comes with a lot of rules — emphasis on a lot. For starters, protocol states that greetings should never go beyond a handshake and selfies and autographs are prohibited. Women of the royal family should wear hosiery, sport neutral-colored nail polish, and always look perfectly polished. And that’s just the tip of the iceberg! Royals should also refrain from showing PDA during public engagements and shutting their own car doors. Sounds exhausting, right? Well, Meghan clearly seems to think so. Ahead, see all the ways the Duchess of Sussex marched to the beat of her own drum and broke royal protocol this year.