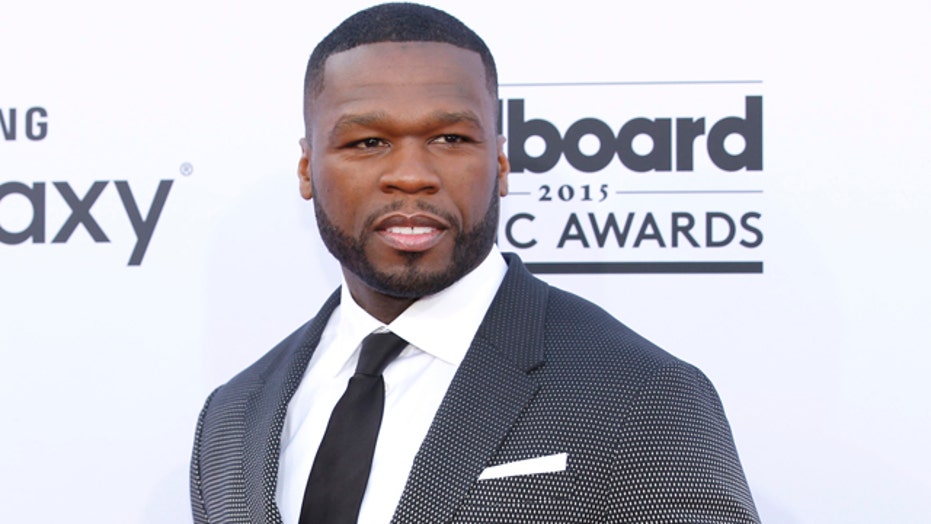 Cites debts up to $50 million

Something tells us 50 Cent may not have gotten a Father's Day card from his eldest son this year.

When the rapper's 21-year-old son Marquise posed in a photo with the son of 50 Cent's rival, Kenneth "Supreme" McGriff, 50 Cent made his disdain clear.

A rep for 50 Cent did not return a request for comment on his family feud.

TMZ reports that 50 Cent and Marquise have been at odds ever since Marquise's mother, Shaniqua Tompkins, sued the "In da Club" MC in 2008. The suit was dismissed in 2009. 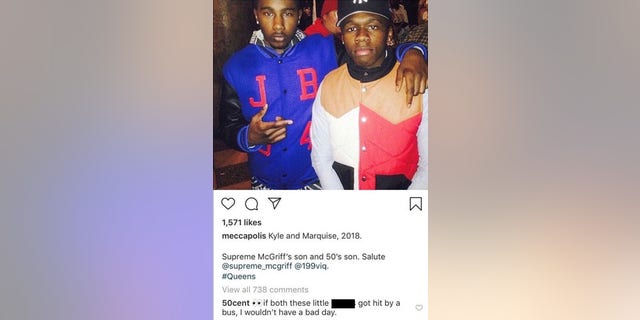 50 Cent commented on an Instagram photo of son Marquise and the son of Kenneth "Supreme" McGriff, "If both these little n—-s got hit by a bus, I wouldn’t have a bad day."
(Instagram)

Since then, Marquise and 50 Cent have traded barbs on social media, with Marquise even telling TMZ in 2017 that 50 Cent's music "hasn't been too good lately."

McGriff, 58, is a longtime rival of 50 Cent and an associate of Irv Gotti, who founded Murder Inc. Records, the same label that launched 50 Cent's nemesis Ja Rule.

McGriff is currently serving a life sentence for murder conspiracy and drug trafficking.

He was also reportedly accused of plotting to murder 50 Cent, according to CBS News.