If standing around in the sweltering sun waiting for your hot dog to grill doesn’t sound like your idea of festive fun, why not spend your day off with some classic Fourth of July TV episodes? They’re not as frequent as Thanksgiving or Halloween-themed installments, but they do the patriotic and entertaining trick. While you’re counting down the hours to fireworks or just avoiding helping prep the potato salad, you can watch them inside away from glare of the blazing sun and the chaotic holiday hullabaloo. Ah, the cool breeze of the A/C and cool confidence of AC Slater? Nothing better on a hot summer’s day. Go ahead — celebrate with these entertainment suggestions.

I’m still chasing a summer experience as chill as working at the Malibu Sands Beach Resort. The Saved By The Bell gang somehow managed to work together in the sweetest possible seasonal situation, goofing off by the ocean in swanky seaside digs barely doing anything except going to luaus and club events. The "Fourth of July" episode features the memorable Miss Liberty pageant. What does the holiday mean to the SBTB ladies? Lisa is all about the sales, Jessie rants about how the country was founded, Stacey points out "fun and fireworks," and Kelly gushes about the importance of freedom. Makes sense. 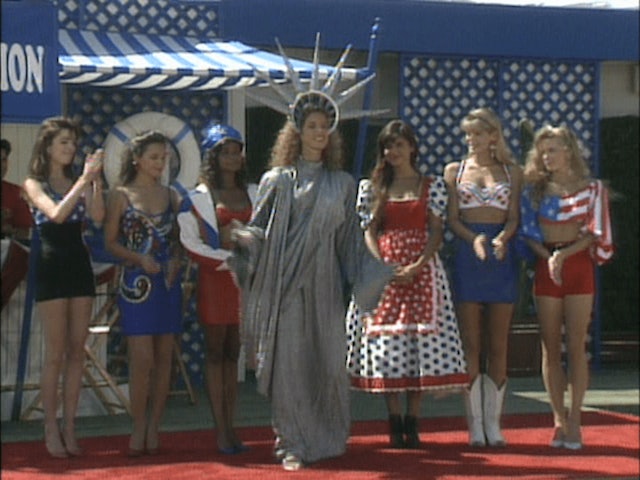 The British are coming in this unforgettable Fourth of July weekend-set Season 3 episode that takes a turn for the gory. The new Sterling Cooper owners from across the pond tour their NYC offices only to witness an unfortunate accident involving a drunken secretary and a John Deere lawn mower. Yikes.

Not only is this a July 4th episode, it’s the last episode ever of the wonderful coming-of-age dramedy. After six moving seasons of Kevin Arnold’s adolescent evolution, the show ends with fireworks, a parade, and a resolve to Winnie and Kev’s ongoing will-they-won’t-they relationship.

"Growing up happens in a heartbeat. One day you’re in diapers; next day you’re gone. But the memories of childhood stay with you for the long haul. I remember a place, a town, a house, like a lot of houses. A yard like a lot of other yards. On a street like a lot of other streets. And the thing is, after all these years, I still look back with wonder," Kevin’s voiceover says in the final moments.

If those lines don’t fill you with wholesome old fashioned nostalgia, I don’t know what will. 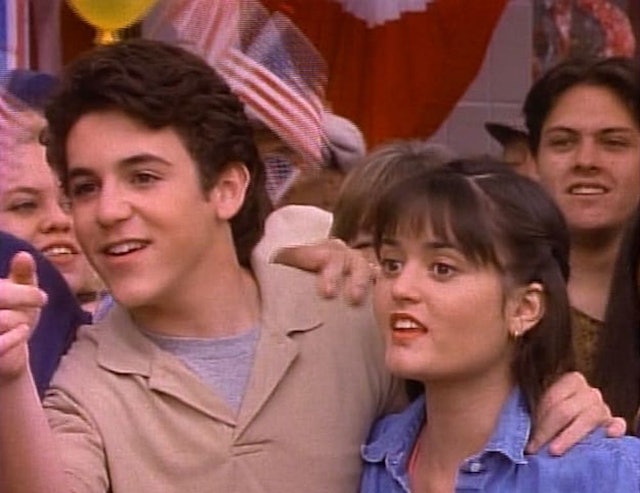 Do the Fourth the Portlandia way. The IFC sketch comedy offers up a handful of intersecting narratives using its familiar characters for this star-spangled episode. There’s Carrie and Fred’s crusade to fulfill their social obligations for the day, Kath and Dave’s grungy BBQ, and the Mayor being his quirkiest Mayor-y self.

5. King of the Hill, "Born Again on the Fourth of July" 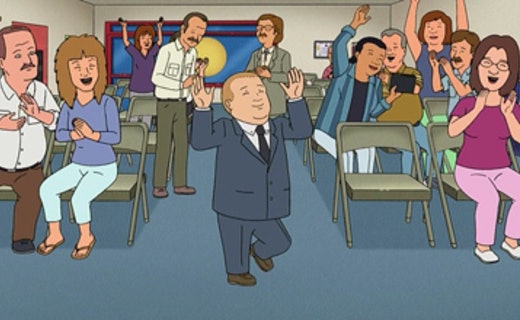 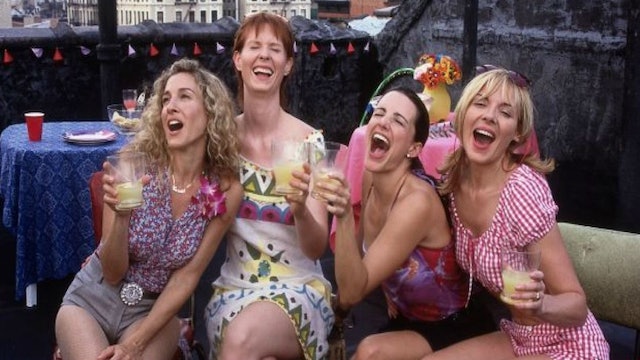 Stars like Kelly Clarkson, Ricky Martin, and Keith Urban are all on hand for NBC’s special holiday broadcast. Basically, you don’t even have to leave your couch to see one of the greatest fireworks displays in the world featuring some of the country’s most popular musical performers. Nice. The show begins at 8 p.m. ET.