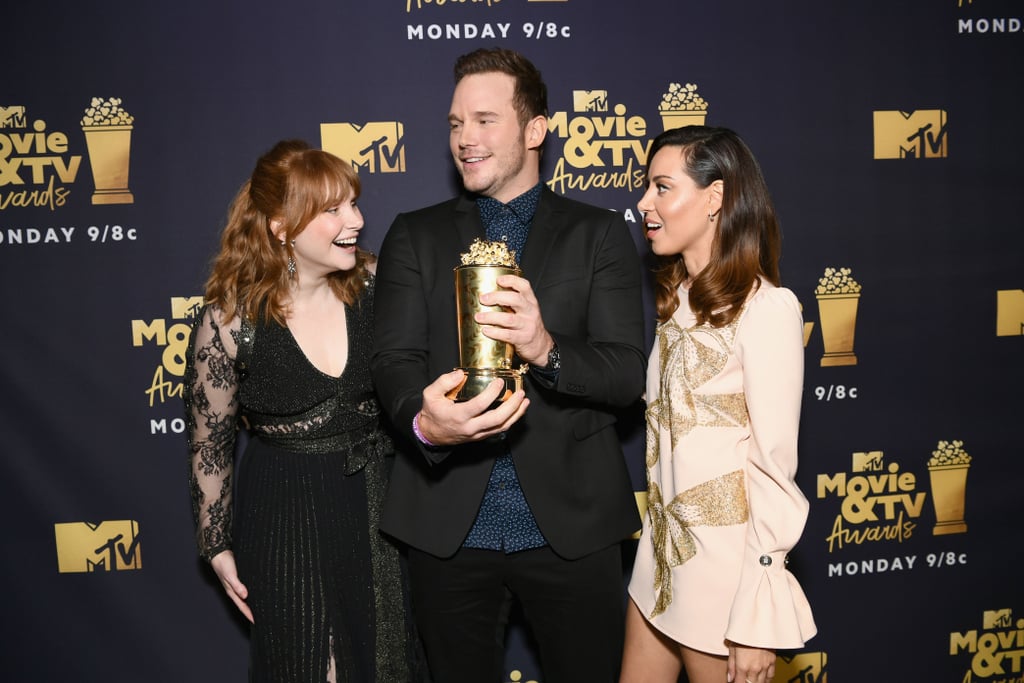 The 70 Best Photos From the MTV Movie and TV Awards!

The MTV Movie and TV Awards took over NYC on Saturday, and it was definitely one for the books. Stylish stars flocked to the red carpet and showed off some seriously Summer-perfect beauty looks, including Tiffany Haddish; Tiffany made history as the first black woman to ever host the annual event, which aired on Monday night. As expected, the Girls Trip and Night School star gave a hilarious opening monologue, during which she recreated an epic scene from Black Panther and gave a full rap performance to Cardi B’s hit “Bodak Yellow.”

During the show, the hot men of Black Panther and stunning cast of 13 Reasons Why hit the stage to pick up golden popcorn statues. Chris Pratt was honored with the Generation Award, and Master of None‘s Lena Waithe, who arrived in style with her fiancée, delivered a poignant speech when announced as this year’s Trailblazer Award winner. If you missed the show, you’re in luck: we’ve rounded up the best pictures from the night that will make you feel like you were front row. Keep reading to see them all now!