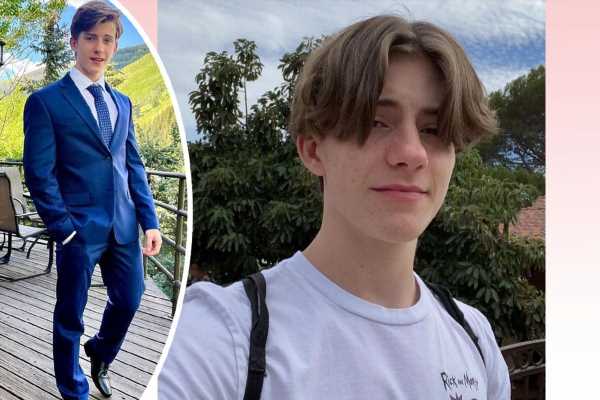 Tyler Sanders’ parents are speaking out after the actor’s cause of death was officially confirmed.

The 9-1-1: Lone Star actor was tragically found dead in his Los Angeles home back in June, and six months later, details became available answering what exactly happened. We reported on Thursday how the 18-year-old’s death was officially labeled as accidental by the Los Angeles County Medical Examiner after finding the dangerous drug Fentanyl in the young star’s system.

We noted the Fear the Walking Dead alum unfortunately struggled with substance abuse, and now, his father is providing even more context. In a Thursday statement, David Sanders explained:

“Tyler was an ambitious, hard-working actor who was dealing with deep and persistent depression. Although actively seeking treatment, Tyler struggled to find relief and chose to experiment with drugs. Tyler fell into drug use, not as a way to have fun socially, but rather as an attempt to overcome his profound mental health struggle.”

Ugh, so sad to learn the teen was trying to overcome his mental health struggles, but ultimately just couldn’t. David noted as the family continues to “mourn his death,” they’re telling their son’s tragic story, “in hopes of furthering the conversation around this pervasive issue.”

“Losing Tyler due to fentanyl poisoning has been incredibly difficult.”

“I want others to understand that we are a family much like all other families who never thought this could happen to us. Tyler had a strong support system and still could not overcome his persistent depression. Perhaps because of his depression, Tyler sought out deep connections and to bring those around him joy. While Tyler quietly fought his inner battles, he was outwardly determined to make sure no one felt as he did. Tyler loved the Lord, loved people and did his best every day. It is our sincere prayer that our story might save others.”

We extended our deepest sympathies to the mourning parents during this incredibly difficult time.

As for the star’s professional life, his Just Add Magic: Mystery City director, Joe Nussbaum, revealed he’s honoring Tyler’s legacy with the Do More 4 Tyler initiative, which intends to make available a seminar for child actors. He explained in a press release:

“One of the greatest joys of making kids TV is the opportunity to work with talented, enthusiastic, dedicated young actors like Tyler. Tyler was so focused on his acting career that he would often write ‘Do More’ on his hand to remind him to work to achieve his goals. Now, it’s our turn to ‘Do More.’”

Tyler’s legacy will live on, and hopefully his story can help save the lives of others. Rest in peace to a young soul gone too soon.

If you or someone you know is experiencing substance abuse, help is available. Consider checking out the resources SAMHSA provides at https://www.samhsa.gov/find-help/national-helpline.