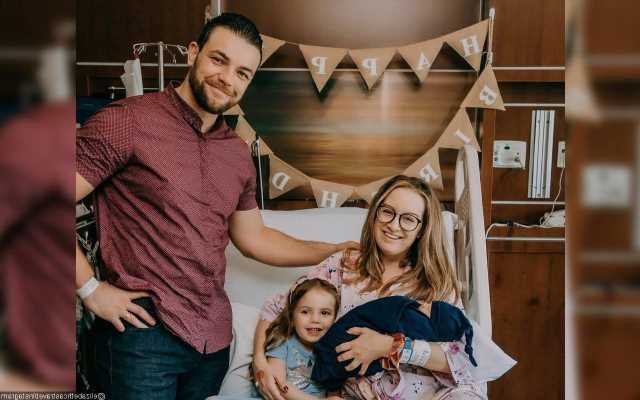 When confirming the arrival of their baby No. 2, the reality TV star couple takes to their Instagram pages to post some family pictures in which she cradles her newborn son in a hospital bed.

AceShowbiz -Congratulations are in order for Elizabeth Potthast and Andrei Castravet. On Friday, October 7, the “90 Day Fiance” stars announced on Instagram that they have welcomed their second child together.

The mom of two broke the exciting news by sharing some family photos as she cradled her newborn son in a hospital bed. “HE’S HERE! We welcomed sweet precious baby boy Winston Leo Castravet into the World on 10/4/2022 weighing 7lbs 10oz 20in long,” she first gushed in the caption.

“Our hearts are SO filled with joy right now and we are already loving being a family of four,” she added. “Ellie is a proud big sister and all about her baby brother ‘Win’! Having a baby boy is totally different energy and I’m loving it so much!!!” #winstonleo #thecastravets #familyoffour #boymomma #inlove #mommasboy.”

Hours later, Elizabeth gave fans a closer look at her new bundle of joy who was dressed in a blue onesie. “Our sweet little man has made his debut and he’s certainly taken my breath away!” the TV personality exclaimed in the accompanying message.

Also confirming the baby’s arrival was Andrei. On his own Instagram post, he raved, “I’m so proud and excited to be a Dad again to my son Winston Leo!!Welcome to the world! And now You are our favorite reason to lose sleep at night #winstonleo #prouddad #tlc #iloveit.”

Elizabeth confirmed her pregnancy in March. At that time, she let out a family portrait as she and her husband rest their hands on her baby bump. “We are so extremely excited to announce that we are expecting baby Castravet #2! Ellie is SO ecstatic to be a big sister and help momma!” she penned.