Close call! Aaron Rodgers almost got knocked out while watching the Milwaukee Bucks face off against the Detroit Pistons at Game 2 of the NBA playoff series.

The Green Bay Packers quarterback, who was enjoying the match courtside with girlfriend Danica Patrick on Wednesday, April 17, took action when the Bucks’ shooting guard Pat Connaughton nearly charged into him. Rodgers, 35, swiftly leaned forward and pushed the basketball player, 26, out of the way. 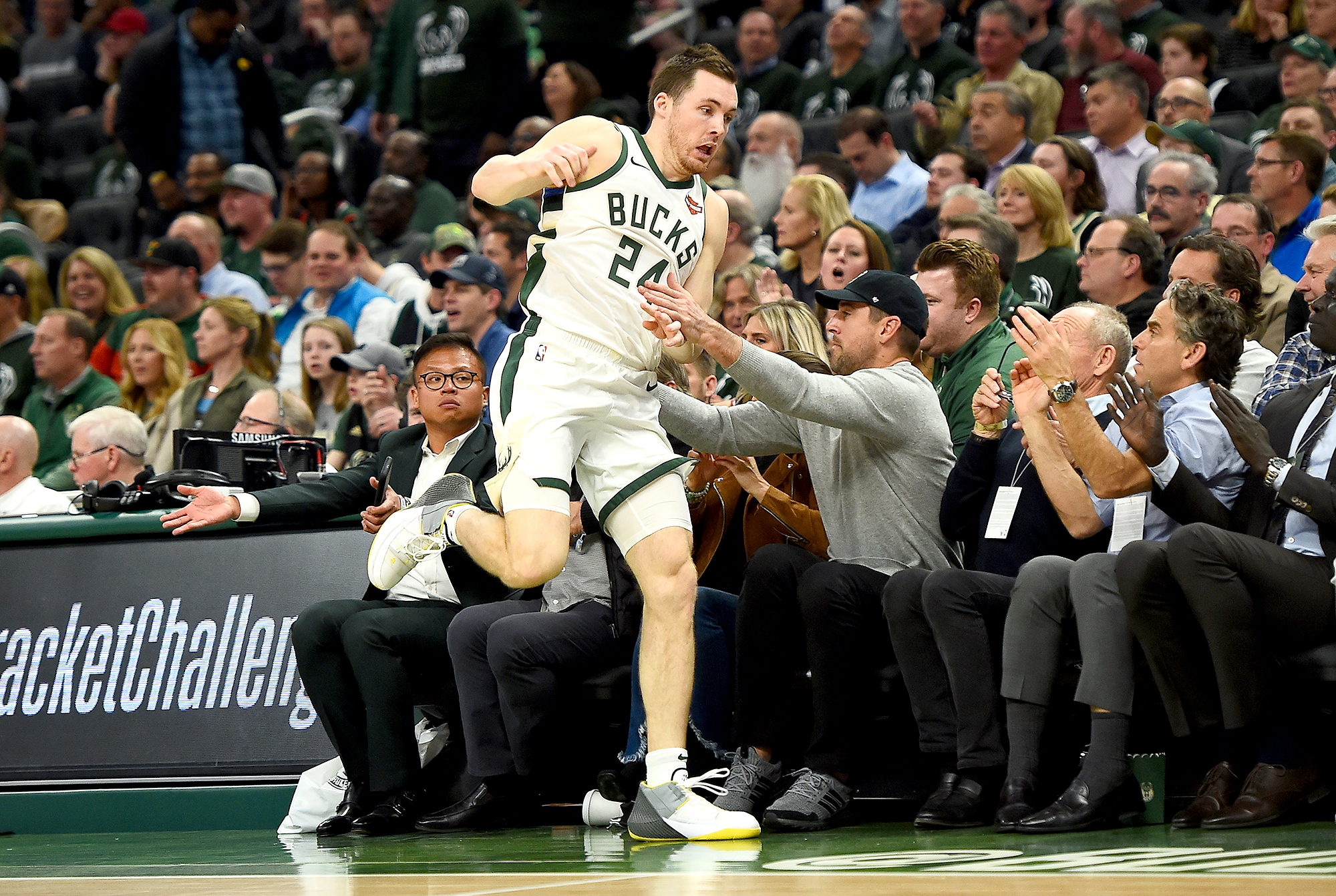 The NFL star avoided another injury just days after revealing that he played most of his 2018 season with a broken leg and also suffered a concussion. Opens a New Window.

“My two bones that come together on the outside made an indent fracture. The good thing was that it’s not super weight-bearing, but there’s definitely some moves that affected it,” he said on the ESPN show Wilde and Tausch on Monday, April 15. “I’m proud of the fact that I started 16 games. It’s disappointing how it ended. Getting that concussion was disappointing and also a little scary, honestly. I couldn’t see. I lost vision.”

After thinking quickly and pushing Connaughton out of the way, Rodgers enjoyed the rest of his night out with Patrick, 37.

The athletic duo, who started dating in December 2017, haven’t shied away from gushing over their relationship. “We’re just two people who enjoy being around each other and love each other,” Rodgers told Artful Living magazine in October 2018. “We’re really into each other. So there are going to be [social media] posts with each other because we enjoy each other’s company a lot. We’re really attracted to each other.”

The NASCAR driver also praised her beau while speaking exclusively to Us Weekly in September, noting that he gives her meaningful career advice. “You can rely on yourself or you can rely on those closest to you that are honest,” she explained at the time. “Not people that want to tell you what you want to hear, but people that are gonna tell you what you need to hear and be honest with you.”