If Abigail Disney had listened to her financial advisers growing up, the heiress would have concentrated on one thing above all else: getting even richer. 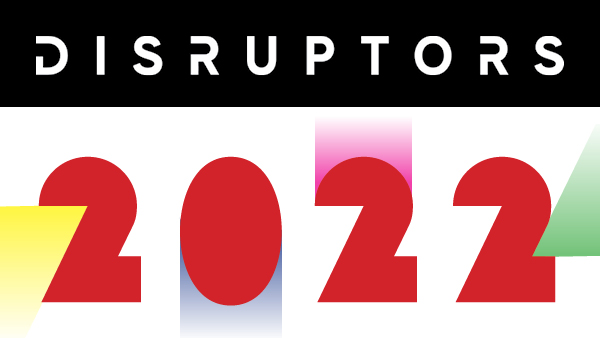 The granddaughter of The Walt Disney Company co-founder Roy O. Disney says of those early money managers, “They were really lovely, wonderful, nice people who had known me since I was a child… and they taught me some things that it took me a long time to break open and really unpack. Nobody said this out loud—this was just implied—but if you end your life without more than you started with, then you’ve somehow failed. And beyond that, your children should be better off than you were.” But with her, the imperative to compile wealth on top of wealth didn’t take. “I think that’s an appropriate thing, maybe in the middle class or the working class,” she notes. “But I started already with more than I need. Why would I want more or need more?”

The social activist, philanthropist and documentary filmmaker has become a disruptor on a grand scale, challenging fellow one-percenters to rethink their values and question the unequal structuring of society.

Deadline Disruptors At Cannes: Read Them All Here

“I just don’t think you can move about in the world, have your eyes wide open and feel OK about the way things are arranged right now,” Disney says. “I think it’s necessary to start calling each other out on our own team. The one thing you never do is say, ‘But, you know, I think that’s wrong.’ It’s very frowned on, it’s ‘un-collegial’ and ‘overly emotional and immature’, and all those things. But it seems to me that what we’re doing now is not working very well. Quite the opposite. And I didn’t see any options left but to kind of turn on my class.”

Disney, in a 2021 opinion piece for The Atlantic, blasted dynastic wealth. And in 2020 she joined a handful of immensely rich people, including members of the Pritzker and Gund families, advocating for higher taxes on the super-wealthy.

“Those of us in the richest 1/10th of the richest one percent should be proud to pay a bit more of our fortune forward to America’s future,” the group wrote in a letter addressed to 2020 presidential candidates of all parties. “We’ll be fine—taking on this tax is the least we can do to strengthen the country we love.”

Disney has described Elon Musk, Jeff Bezos and Warren Buffett—three of the wealthiest people on the planet—as “plutocrats”. And in a 2019 Washington Post op-ed, she criticized the “naked indecency” of the reported salary of Robert Iger, then CEO of The Walt Disney Company.

“According to Equilar,” she wrote, referencing the information services firm specializing in corporate leadership analysis, “Iger took home more than $65 million in 2018. That’s 1,424 times the median pay of a Disney worker. To put that gap in context, in 1978, the average CEO made about 30 times a typical worker’s salary. Since 1978, CEO pay has grown by 937 percent, while the pay of an average worker grew just 11.2 percent.” 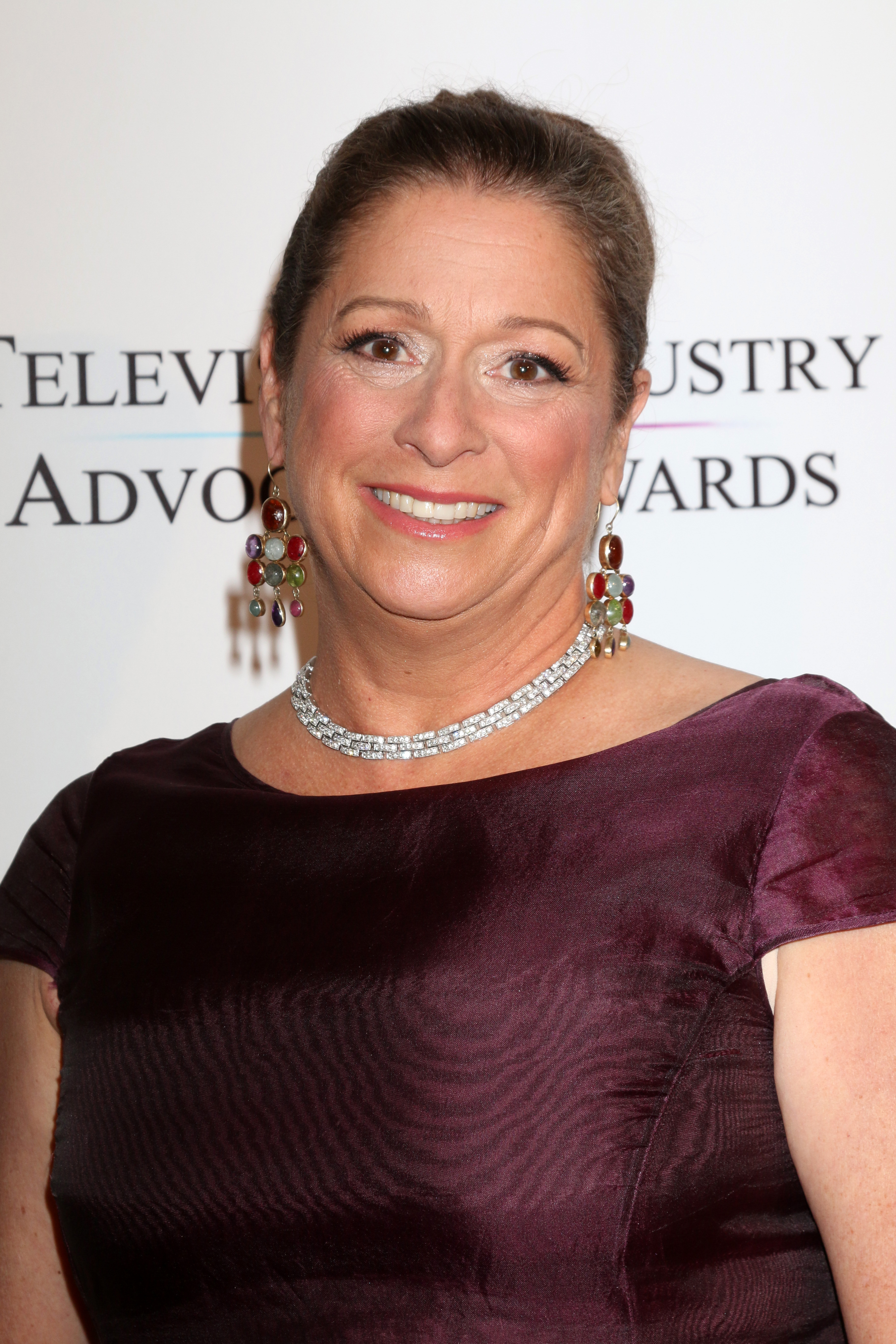 She isn’t confining her critique to print. Disney expands on the theme of income inequality in her latest documentary, The American Dream and Other Fairy Tales, co-directed by Kathleen Hughes. The film, which premiered at the Sundance Film Festival in January, takes direct aim at the vast disparity between what Disney pays C-suite executives vs. low-level employees at its theme parks, the workers Disney refers to as ‘cast members’.

Ralph and Trina, a married couple employed at Disneyland and parents of three young girls, tell Disney in the film, “Even with both of us working full-time, we still fall below poverty level.” Ralph and Trina work overnight shifts at Disneyland, earning $15 an hour, plus an extra 75 cents an hour for overnight duty. “We’re the people who do the pixie dust at night,” Ralph says. “You scrub the kitchens, the floor, the toilets. And I’m proud of what I do.”

But Ralph tells the director it’s hard for him and other Disneyland workers at his level to make ends meet. “We have cast members that have to make decisions between [paying for] medications and food,” he says. “And these are essential things. You can’t make choices like that.”

In the film, Disney interviews multiple park employees struggling to get by on their wages. At a roundtable with workers, she asks for a show of hands of how many are on food stamps, have skipped medical treatment to save money, or have slept in their cars because they couldn’t afford housing. Most of the hands go up.

“What I saw as I was making the film was this kind of entrenched view in management that the people who work for you on an hourly basis, the people who are cleaning the toilets and the rest of it, are not quite really like you,” Disney says. “I really do think it’s an ideology that’s very close to racism. So, the guy who never took advantage of the education program you offered him and is still there at minimum wage, well, he deserves what he gets, and his children deserve what he gets.”

Disney begins the documentary with a quote from poet Gwendolyn Brooks: “We are each other’s business; we are each other’s magnitude and bond.” The filmmaker believes that attitude, once prevalent in America as she sees it, began to erode in the Reagan era. “The 1980s… [saw] the great norm shift,” she says, “which is that we’re not all in this together.”

That norm shift, combined with changes in taxation policy favorable to the wealthy, has led to “historic income inequality”, Disney says. “If we’re not now past the Gilded Age, we’re certainly getting there.”

On that score, Disney recently tweeted, “The last four decades have seen a massive redistribution of wealth. Only problem is it went to those who were already wealthy.”

Disney pegs her own net worth at $120 million. She says her efforts have been directed toward reducing her wealth, not increasing it. “I could be a billionaire if I wanted to. I’ve said no to more money for much of my adult life… I think of it as a long, slow ceremonial suicide that I’m committing, by being a terrible businesswoman and giving a lot away. But I don’t understand why that’s not one of the options.”

This attitude makes her an outlier among the super-rich, the kind of people who huddle in Sun Valley, St. Moritz and Bora Bora.

“If I were still invited to those places, which I don’t think I will be, I would be only too happy to say the uncomfortable things because what on earth do rich people need to be comfortable for?” she says. “I think they’re defined by their comforts. And, so, they need to be made to confront some very unpleasant realities about their wealth and the consequences of the inequality.”

Disney says she developed her perspective toward wealth and inequality over time. It wasn’t like one day a lightbulb turned on. “Epiphanies are like silver bullets. There’s no such thing,” she insists. “From childhood I was just kind of paying some attention in a way that was weird, probably. My mom used to say, ‘A stork brought everybody else, but Abby came in a spaceship.’ And I’m sort of proud of that.”

Her political positions—pro-union, pro-taxation of the wealthy, in favor of abortion rights and gun control—put her at odds with the wider Disney clan that she describes as conservative. It can make for awkward family gatherings.

“I’ll say there’s a diversity of opinions about me specifically,” she says, “but the people I’m close to I remain close to, and we keep talking. And two of my siblings have been very, very, very supportive and that’s been really great.”

Abigail’s sister Susan Disney Lord and brother Tim Disney are executive producers of The American Dream and Other Fairy Tales. The film has yet to find a distributor though the prospect of it winding up streaming on Disney+ seems remote. Disney suggests her criticism of former Disney CEO Robert Iger in the film may have turned off other potential distributors. “Disney either owns or controls or influences almost everything,” she says. “There’s a loyalty to class. You don’t criticize another billionaire,” she says.

“I think there’s been hesitation around that because of the way the film calls out, specifically, Bob Iger, because that’s the thing you don’t do… I suspect we’ll probably wind up self-distributing or doing a service deal somehow. If I have to stand in Times Square with a megaphone, I’m going to do it. It’s going to get seen, one way or the other. I hope in the fall, we’ll be out.”

In the meantime, she remains engaged on social media, calling out what she sees as the scourge of grotesque degrees of wealth disparity. Disney recently tweeted about herself, “Being a traitor to my class is my proudest accomplishment.”

Johnny Depp Won’t Testify Again After All, Butr Kate Moss Will Be A Witness; How To Watch