Adam Levine enjoyed a dad-and-daughters day with his girls Dusty, 5, and Gio, 4, as the trio took a morning stroll together in new photos.

Early bird gets the worm! Morning grogginess was no match for Adam Levine, AGE, as he took his adorable daughters Dusty Rose, 5, and Gio Grace, 4, for a morning walk in new photos. The girls, who Adam shares with his wife Behati Prinsloo, adorably held his hands as they also maneuvered two dogs on the sunny stroll. 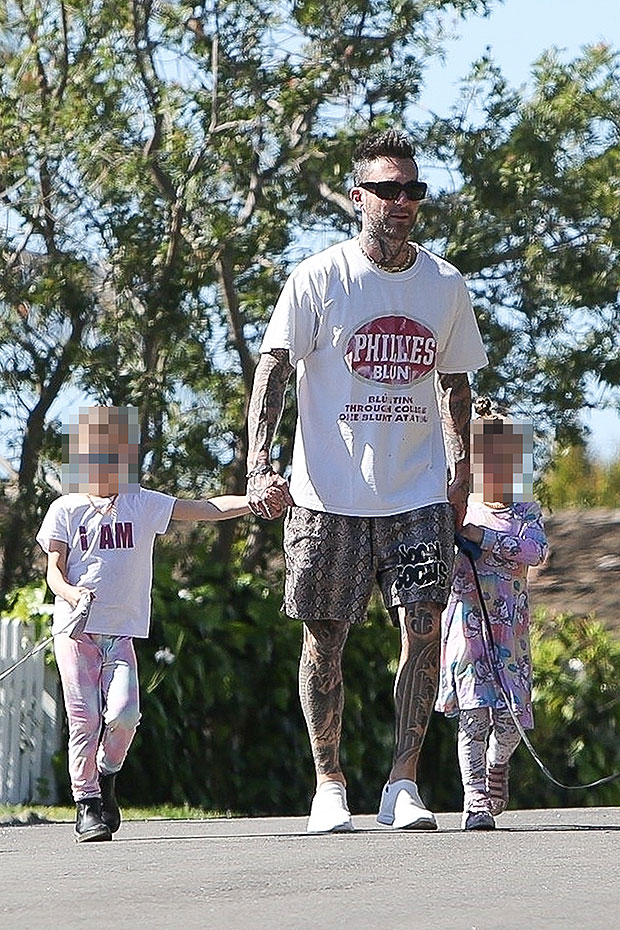 In the new photos, Adam showed off his heavily-tattooed arms and legs while rocking a graphic white tee, snake print shorts, and casual white slip-ons. With each of his daughters donning their own adorable ensembles, the trio looked ready for anything while off on a dog walk. Adam adorably entrusted one pup to each daughter and held tightly to their hands while they learned to hold the animal on the leash. With the sun beaming down, the father-daughter date couldn’t have looked more relaxing.

Adam shares Dusty and Gio with his wife of eight years, former Victoria’s Secret model Behati Prinsloo. After tying the knot in a star-studded ceremony in 2014, they welcomed Dusty in 2016, followed by Gio in 2018. The sweet family deeply values their time as a unit, and Behati previously shared a rare, sweet photo of the family gearing up for Christmas, including a heartwarming shot of Dusty and Gio holding each other close.

Behati and Adam are usually quite private when it comes to sharing images of their daughters, and often disguise them with a filter or only share photos of the duo from behind for privacy. Behati shared a sweet selfie with Gio, where the two used a Snapchat filter to give themselves dramatically pointed elf ears. Sharing the shot in celebration of Gio’s third birthday, Behati even sweetly called her youngest daughter her “bestie.” 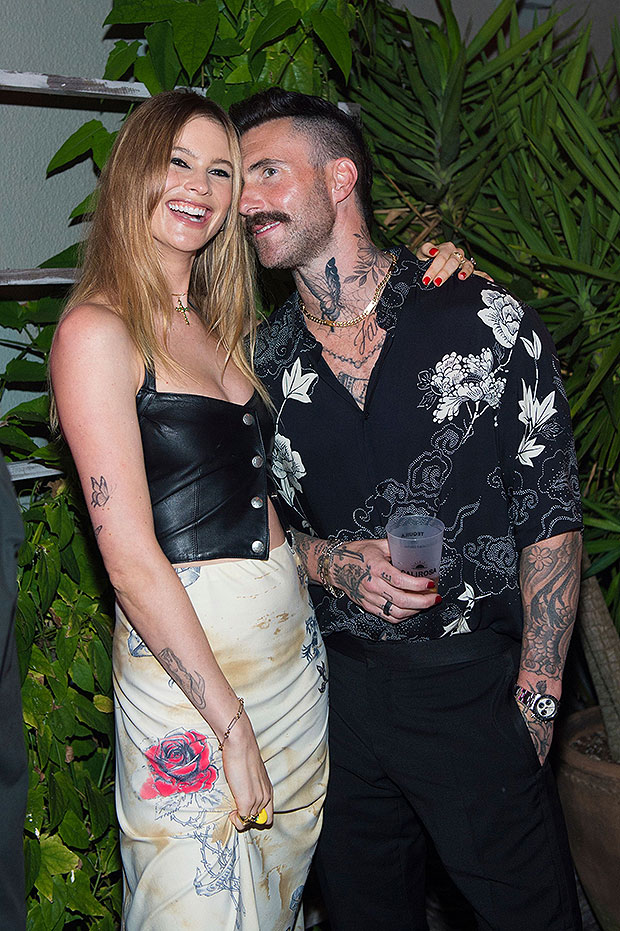 After leaving his judges seat on The Voice in 2019, Adam settled into being a stay-at-home dad to get closer to his two girls. Opening up to Ellen Degeneres about his daughters, he shared: “I’m obsessed with them…I mean, I know that’s a good thing, ’cause they’re my children.”