Have I Got News For You: Adrian Dunbar makes Prince Philip joke

Line of Duty star Adrian Dunbar, 62, was in the hosting seat of Have I Got News For You tonight on BBC One. The actor spoke about how the BBC’s coverage of Prince Philip was their most-complained about segment ever.

After detailing the news story, the Ted Hastings star then made a joke about those “offended” by their coverage.

He opened the show by saying: “The first question of round one covers the momentous story that we simply can’t avoid.

“As you all know, last Friday the nation was united in sorrow following the sad announcement that the much-loved Masterchef final had been taken off the air.

“Incidentally, if you are offended by jokes about Prince Philip, that’s fine. It’s what he would have wanted.” 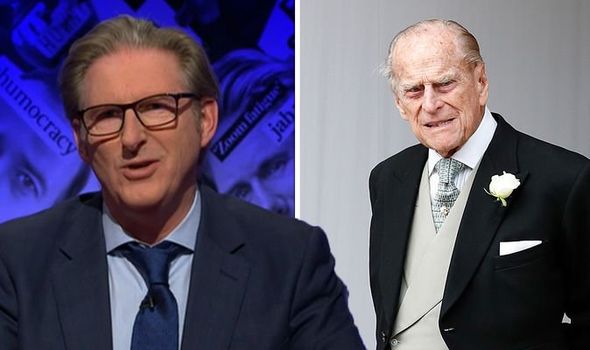 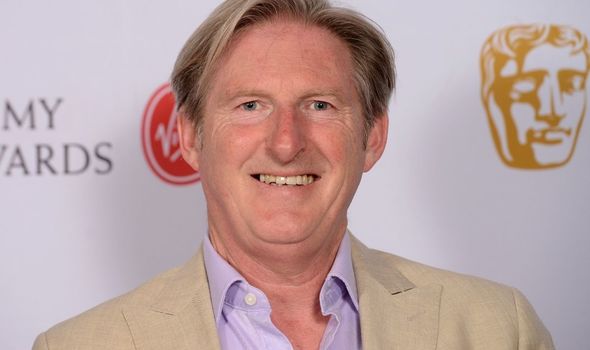 Dunbar was referencing how the BBC received more than 109,000 complaints about the coverage of the Duke of Edinburgh’s death.

The corporation cleared its television schedules after the news broke last Friday.

Many shows were taken off the air, including Gardeners’ World and the Masterchef final.

In response to the complaints, the BBC issued a statement saying it was a “significant event.” 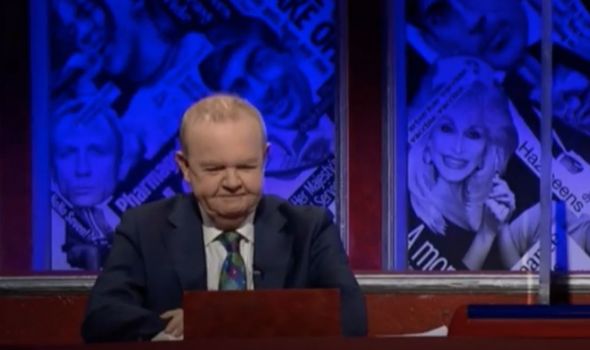 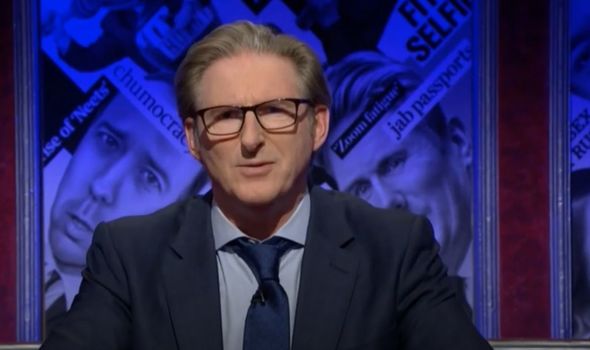 They said: “We acknowledge some viewers were unhappy with the level of coverage given, and impact this had on the billed TV and Radio schedules.

“We do not make such changes without careful consideration and the decisions made reflect the role the BBC plays as the national broadcaster, during moments of national significance.

“We are grateful for all feedback, and we always listen to the response from our audiences.”

However, not everyone was pleased with the decision, including fellow HIGNFY team leader Ian Hislop.

He waded in, adding how the BBC previously got complaints when the Queen Mother died as they didn’t cover it enough.

Ian continued: “We had this just absolute tsunami of coverage, which was on literally all the time.

“And even if you were quite interested in the beginning – and I am quite interested, you know let’s go back to the Second World War and naval battles, let’s have it all.

“By the end of it, I’m going ‘stop!’. It’s just they had the same thing on every channel all the time.”

The presenter then admitted he did have a bit of “sour grapes” because HIGNFY was one of the shows taken off the air.

The complaints about the coverage make this the most-complained piece of programming in BBC history.

Another programme which had caused similar feedback was the broadcast of Jerry Springer: The Opera in 2005, which led to 63,000 complaints.

Then there was Jonathan Ross and Russell Brand’s prank call to actor Andrew Sachs that drew 42,000 complaints in 2008.

Have I Got News For You airs on Fridays at 9pm on BBC One.