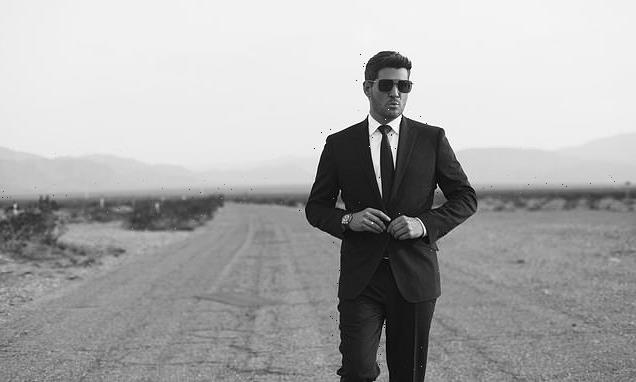 Over his ten previous albums, Michael Bublé has put his own stamp on a series of jazz standards and big band numbers.

On his new record, Higher, the Canadian entertainer takes things a step further… by inviting two of the original composers of such classic songs along for the ride.

First up, there’s a sublime version of Paul McCartney’s My Valentine, a gem of a ballad from Macca’s 2012 jazz album Kisses On The Bottom. Bublé ropes in the ex-Beatle as a guest producer, and McCartney adds lavish orchestration.

There’s also a duet with Willie Nelson on the country classic Crazy. Written by Nelson, 88, in the Fifties, the song became Patsy Cline’s signature tune, and the new duet is a fascinating contrast in styles. 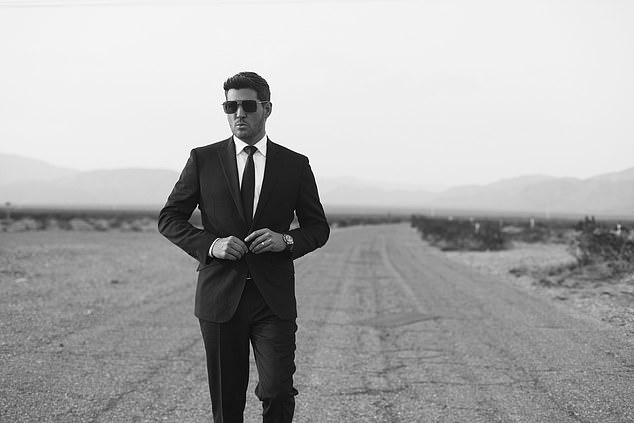 Bublé returns with his latest album, taking on a raft of jazz standards and big band numbers 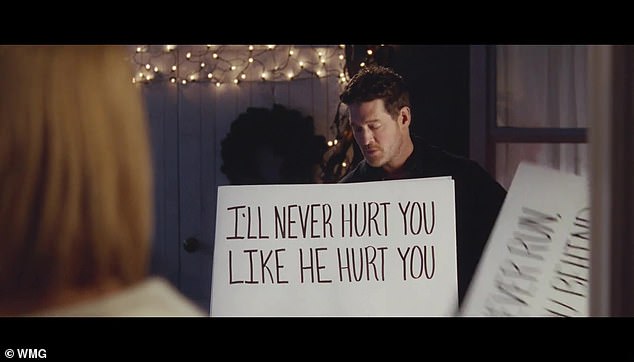 Those two collaborations are among the high points on Higher, Bublé’s first album in four years.

With fellow Canadian Greg Wells as his executive producer, the singer plays to the gallery with typically elegant cover versions, while adding a few fresh moves by including a smattering of co-written originals.

TRACK OF THE WEEK

A piano-driven dance anthem, it suggests Mabel’s early success was no fluke.

‘I dug deeper, and opened myself up to new things,’ he says.

The upshot is a rousing sequel to the romantic balladry of 2018’s Love.

Having taken a break from singing after his eldest son, Noah, was diagnosed with liver cancer in 2016, Bublé, 46, has eased himself back into top gear since returning to work, putting his family first.

With Noah now fully recovered, he sounds wholly engaged here, dipping into the smooth jazz that made him a star.

He brings a familiar lightness to A Nightingale Sang In Berkeley Square, and covers Duke Ellington’s Don’t Get Around Much Anymore and Henry Nemo’s Don’t Take Your Love From Me with characteristic pizzazz.

His originals, though, are a bit hit and miss. I’ll Never Not Love You, a tuneful number about treating your lover kindly, makes the most of his rounded, grainy vocal timbre. Likewise, the Latin-tinged title track: a brassy, blockbuster single co-written with Ryan Tedder (of OneRepublic), it bristles with hip-shaking energy.

But the ballad Mother is cloying, and there’s further schmaltz in a cover of Charlie Chaplin’s 1936 show tune Smile. Bublé, backed by a choir, hits a powerful, sustained note at the end of the song, but his showboating can’t compensate for the overriding mawkishness. 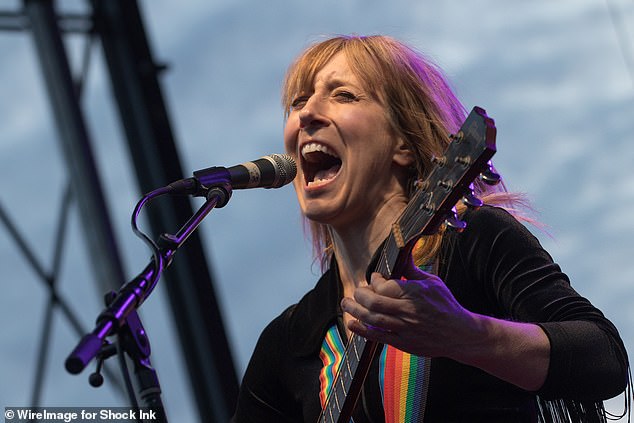 His other song choices are more inspired. Driven by jittery rhythm guitar and tambourine, a playful cover of Bob Dylan’s Make You Feel My Love is sunnier than both the 1997 Dylan original and Adele’s more recent interpretation.

The decision to put a rock and roll spin on Sam Cooke’s gospel hit Bring It On Home To Me is similarly bold, but it just passes muster.

And, while soul purists will wince, Bublé pulls off a swing cover of Barry White’s You’re The First, The Last, My Everything with aplomb.

It’s a classy homage from a singer who knows the importance of letting a great song stand on its merits. It’s good to have him back.

Championed by Taylor Swift — she guested on last year’s single You All Over Me — and originally mentored by fellow Texan Kacey Musgraves, who encouraged her to move from Arlington to Nashville, Maren Morris is the latest American country star on the verge of a mainstream breakthrough.

Humble Quest, her third major label album, is a powerful statement of her credentials. Produced by Greg Kurstin, who has worked with Adele and plays guitar, bass, drums and keyboards here, it takes the storytelling traditions of country and supplements them with gently strummed folk-rock, widescreen pop and stunning piano balladry.

Morris, 31, sets the tone on Circles Around This Town, declaring she’s ‘trying to say something with meaning’. The tracks that follow, all originals, prove that she’s a savvy, relatable songwriter. Tackling new motherhood, the death of a close friend and life’s imperfections, Humble Quest feels more like an exercise in self-discovery than a set of unconnected songs. 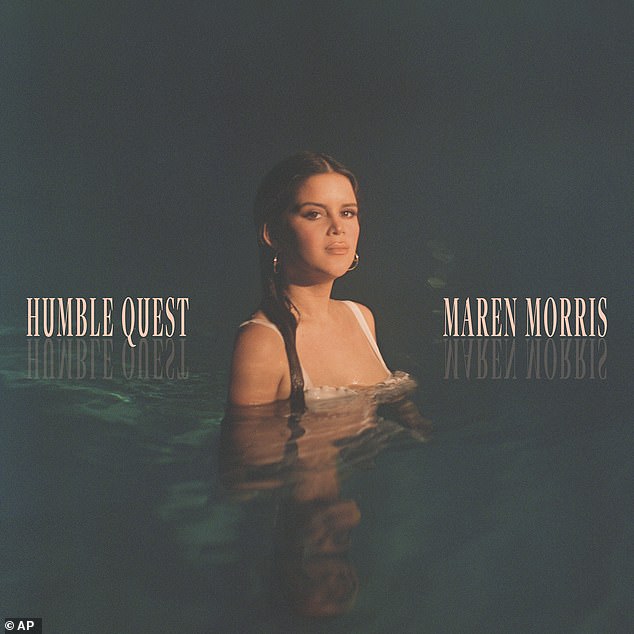 Maren Morris may be the latest American country star on the verge of a breakthrough with her album: Humble Quest

Maren is also a member of the all-girl group The Highwomen with Brandi Carlile, Amanda Shires and Natalie Hemby, and her bandmate Hemby is her co-writer on the loved-up rocker Nervous and the witty Tall Guys, which extols the benefits of dating a six-foot-plus man: ‘They keep me looking up when I’m falling down.’

Beneath the wisecracks, she gets serious on The Furthest Thing, about missing loved ones when she is on tour; and What Would This World Do, a tribute to her original producer Michael Busbee, who died in 2019.

Already in the running for two prizes at next month’s Grammys, she looks set for even bigger things.

Last summer’s Pressure Machine was a Killers album like no other. In place of big-hearted arena anthems, it offered quieter, reflective moments inspired by singer Brandon Flowers’ childhood in smalltown Utah.

Its vivid character studies made it a model lockdown release. I gave it five stars. 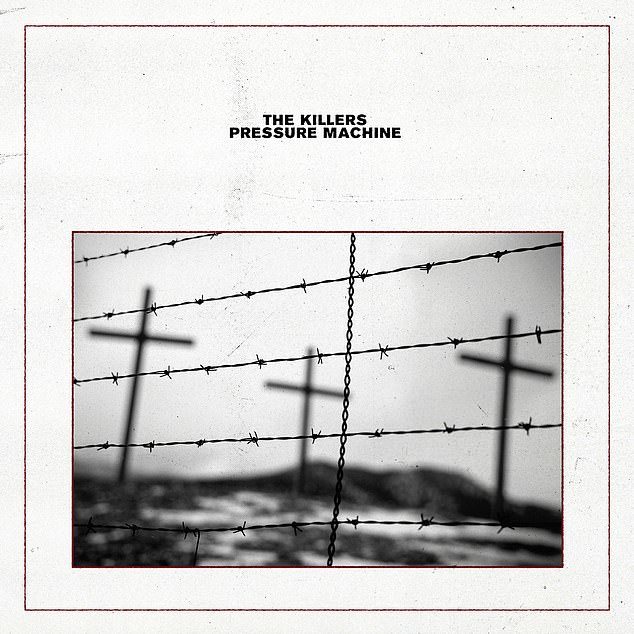 The Killers, ‘Pressure Machine’ got five stars from Adrian Thrills in his 2021 review. The Delux Edition of the album is now available

With a tour looming, the group have gone back and ‘reimagined’ some songs for an expanded edition.

It’s tempting to see this as a beefing-up exercise ahead of the upcoming shows, and in some instances that’s true. But there are surprising twists, too.

Runaway Horses, originally a duet between Brandon and Phoebe Bridgers, is spruced up with booming, stadium-ready drums.

There’s a familiar, rocking thrust to one of the four new interpretations of The Getting By, the original LP’s affectionate closing track.

Then there’s the experimentation. The Getting By is also revisited as an acoustic lament, a 1980s-style synth tune and an eerie, indie workout.

The folky West Hills gets a bizarre choral treatment. The artistry is admirable, but there’s also a sense of a locked-down band climbing the studio walls with boredom. Maybe it’s just as well they are about to hit the road.

All albums are out today. Michael Bublé starts a UK tour on July 2 (ticketmaster.co.uk). The Killers start their UK tour on May 24 (gigsandtours.com).