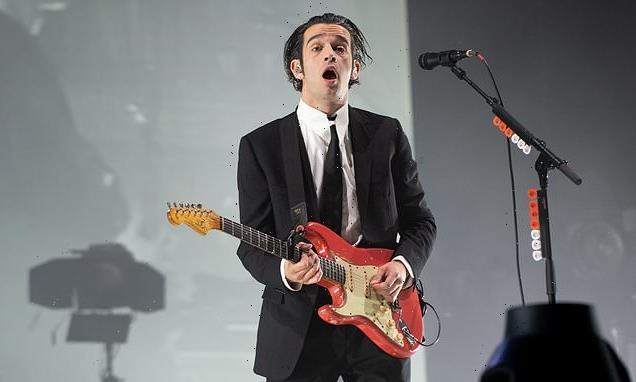 ADRIAN THRILLS: Welcome return to peak pop for the Wilmslow boys… The 1975

The 1975: Being Funny In A Foreign Language (Dirty Hit)

Various: Here It Is: A Tribute To Leonard Cohen (Blue Note)

After falling short of their own high standards on 2020’s sprawling Notes On A Conditional Form, The 1975 were due a good album.

The quartet from Wilmslow, Cheshire, are one of the country’s best bands, but they let ambition get the better of them last time around. Notes . . . was a scattergun affair that jumped unconvincingly between rock, pop, electronics, reggae and gospel.

Being Funny In A Foreign Language puts things right. In reining in their more extravagant instincts, the Brit-winning group have come up with their most confident, passionate record since 2018’s A Brief Inquiry Into Online Relationships.

They have been talking up the album as one rooted in performance, with fewer synths and a less grandiose attitude. ‘People are craving things that require as little technology as possible,’ says singer Matty Healy, son of actors Denise Welch and Tim Healy.

He has a point, although, with producer Jack Antonoff supplying plenty of polish, they aren’t exactly going back to basics.

Antonoff made his name collaborating with an array of talented and famous women, including Taylor Swift and Lana Del Rey, and it’s heartening to hear one of pop’s hottest backroom boys working with a group for a change. The New Jersey musician adds typically deft touches, and a few sun-dappled hints of his own band, Bleachers. 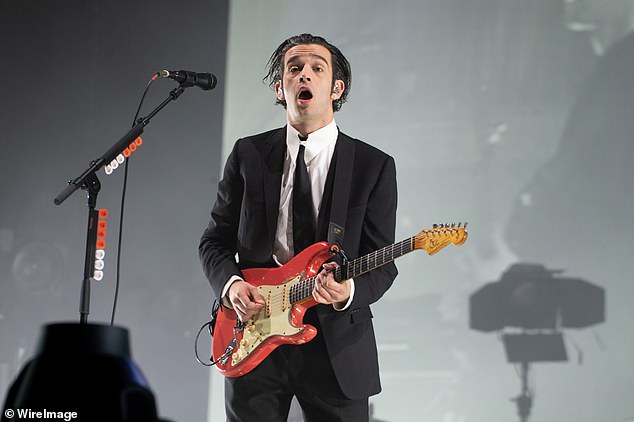 After falling short of their own high standards on 2020’s sprawling Notes On A Conditional Form, The 1975 were due a good album. Pictured: Lead singer Matty Healy

As with The 1975’s four previous LPs, this one begins with an eponymous track. ‘I’m sorry about my 20s, I was learning the ropes,’ sings Healy, 33. ‘I had a tendency of thinking about it after I spoke.’

As mea culpas go, it is remarkably upbeat, his confession accompanied by glistening pianos and woodwind parts that turn the song into a jazzed-up mini-opera.

Track of the week

FACE IT ALONE by QUEEN

This is the first new Queen song with Freddie Mercury in more than eight years.

From the sessions for 1988’s The Miracle album, the previously unreleased ballad is driven by a commanding Mercury vocal and scintillating Brian May guitar solo.

That sets the tone for a string of brisk, four-minute pop songs. The band might have had tongues in cheeks when they called next year’s UK tour The 1975 At Their Very Best, but they are at the top of their game on the melodic Oh Caroline and Looking For Somebody (To Love), the latter reminiscent of American singer Kenny Loggins’s funky 1984 hit Footloose.

Dominated by slower tracks, the second half of the album is more melancholy. All I Need To Hear is an anguished soul ballad on which Healy pleads for love and companionship against a backdrop of bluesy piano and guitar.

In the past, he’d have sung a song like this with a knowing edge. Here, he plays it straight.

His lyrics are still razor-sharp, though, and vivid character sketches abound. Wintering is an early Christmas song that tells of a likeable but dysfunctional family navigating the festive season.

Elsewhere, we get ‘Vaccinista, tote bag-chic baristas’ and ‘young people drinking Aperol’. There’s something of former Smiths singer Morrissey in his knack of combining a sense of restlessness with lacerating wit.

Its 11 tracks flying by in under 45 minutes, Being Funny . . . is lean, concise and consistent in its quality, which hasn’t always been the case with The 1975.

On an album of bangers, even the epic About You — five-plus minutes of delicately plucked strings and wistful nostalgia — doesn’t outstay its welcome. They really are back to their very best. 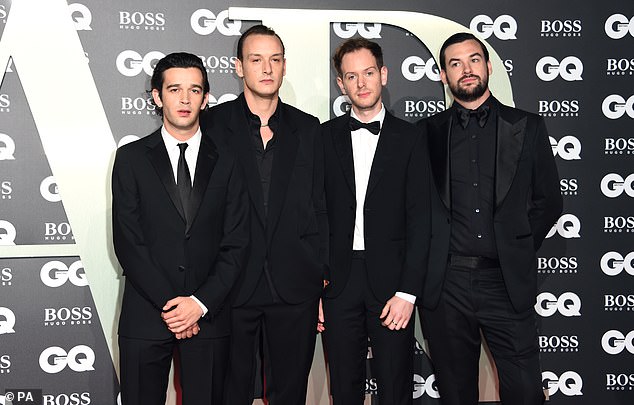 The quartet (pictured) from Wilmslow, Cheshire, are one of the country’s best bands, but they let ambition get the better of them last time around

The new double album comes from the same, Rick Rubin-produced sessions as April’s Unlimited Love. With spontaneous musical interplay to the fore, it plays to traditional strengths, but is also blighted by the law of diminishing returns and, over 17 tracks, an inability to whittle down ideas.

All the ingredients of their signature sound are in place from the off. Tippa My Tongue combines the bustle of bassist Flea and drummer Chad Smith with a typically fluent Frusciante solo.

Over that, vocalist Anthony Kiedis delivers a stream of nonsensical rhyming couplets: ‘I’m an animal, something like a cannibal / I’m very flammable, and partially programmable.’ 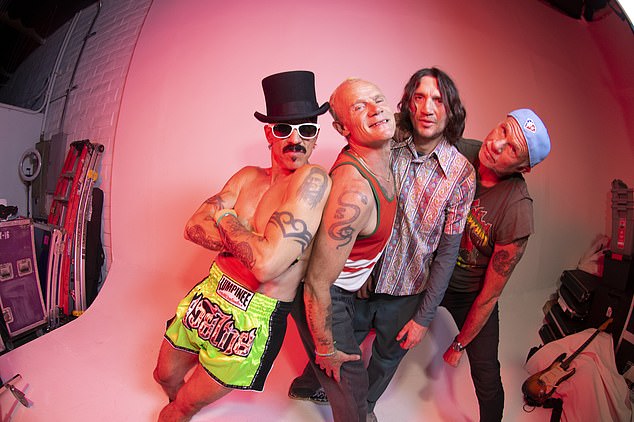 Nobody goes to the Chili Peppers (pictured) for lyrical enlightenment, but listeners prepared to persevere will find some gems

Nobody goes to the Chili Peppers for lyrical enlightenment, but listeners prepared to persevere will find some gems. Peace And Love puts the onus on sumptuous vocal harmonies. Eddie is a heartfelt celebration of Eddie Van Halen, written on the day of the rock legend’s death in 2020. In The Snow is built around a riff that echoes The Strokes’ Is This It.

But there are too many predictable punk-funk numbers that sound like glorified jams —– tracks that would work fine in an intimate club, but are tiresome on record. It takes determination to deliver two back-to-back albums of stadium rock in the space of six months. Whether we need so many variations on a familiar theme is another matter.

With his songs having been covered by Lou Reed, Bob Dylan, Nina Simone and others, you’d think there was nothing more to add to the well-thumbed catalogue of Leonard Cohen. That hasn’t deterred producer Larry Klein, a close friend, from putting together another all-star tribute.

The contributions of such ­disparate performers as Norah Jones, Peter Gabriel and Gregory Porter are tied skilfully together by Klein’s refined, jazz-based band, although the settings are sometimes too tasteful for Cohen’s wry, shadowy words.

Sarah McLachlan draws the short straw in being asked to find fresh nuance in Hallelujah, but the stand­outs come from a gruff Iggy Pop (on You Want It Darker), Mavis Staples (on a gospel-flavoured If It Be Your Will) and James Taylor (singing at the lower end of his vocal range on Coming Back To You).

All albums are out today. The 1975 start a tour on January 8, 2023, at the Brighton Centre (livenation.co.uk). For more reviews go to MailOnline.