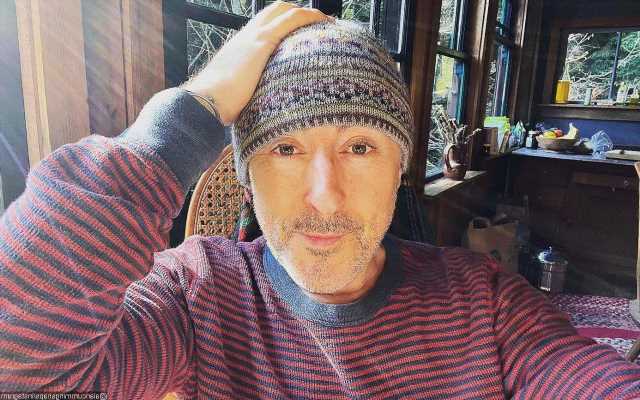 The ‘Good Wife’ alum teams up with PETA to help track down Tonka, a creature he became ‘good friends’ with after filming 1997 family comedy ‘Buddy’, which has mysteriously disappeared.

Alan said in a statement, “During the months we filmed together, baby Tonka and I became good friends, playing and grooming each other and just generally larking about.” He went on imploring, “It’s horrible to think he might be in a cage in a dark basement somewhere or have met some other fate, so I’m appealing to whoever knows what has become of him to please come forward and claim the reward.”

The “Romy and Michele’s High School Reunion” actor has pledged to match PETA’s $10,000 reward for information as to the whereabouts of the animal, raising the total to $20,000.

According to the organization, Tonka was last seen at a cage at the former Missouri Primate Foundation, which was previously known as Chimparty, which they described as a “notorious, now-defunct breeding facility in Festus, Missouri that bred baby chimpanzees, rented them out for movies and parties, and sold them to private owners.”

PETA had previously sued the Missouri Primate Foundation over the living conditions of the chimpanzees houses there and were given permission to rescue seven chimps, including Tonka, and transfer them to a sanctuary.

But when they went to take the animals last July, Tonka had vanished and owner Tonia Haddix claimed he had “died.” In January, a judge ruled the owner’s testimony was not credible and so the organization have embarked on a hunt to track down Tonka.

PETA Foundation Deputy General Counsel for Captive Animal Law Enforcement Brittany Peet said in a statement, “If you know where Cumming’s former co-star may have been shipped to, sold, or hidden away, PETA wants to hear from you.”

“If he’s still alive, Tonka deserves to live out the rest of his days surrounded by chimpanzee friends at a lush sanctuary, as ordered by the court, and someone out there might be able to help PETA get him there,” she added.

Anyone with pertinent information should call PETA at 757-622-PETA or submit their tip at PETA.org/Tonka.