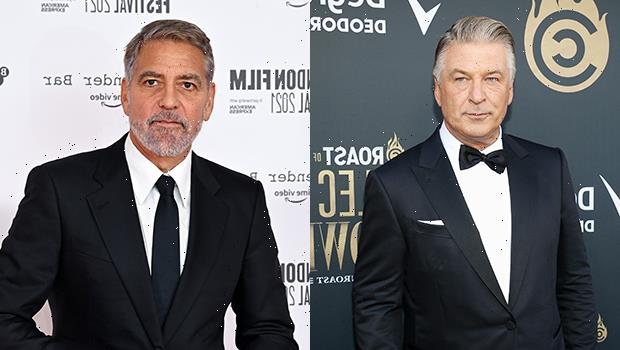 Alec Baldwin fielded many questions related to the Rust shooting incident while speaking to ABC News’ George Stephanopoulos on Thursday, December 2. Alec, 63, shared his side of the story of the tragic incident that led to the death of cinematographer Halyna Hutchins, and he also addressed the criticism he’s received from fellow actors like George Clooney, who called the shooting “insane” and “infuriating” on the Nov. 15 episode of Marc Maron‘s WTF podcast. “There were a lot of people who felt it necessary to contribute some comment to the situation, which really didn’t help the situation at all,” Alec said, referring to the fellow A-list actor. “If your protocol is you checking the gun every time, well, good for you. Good for you.” 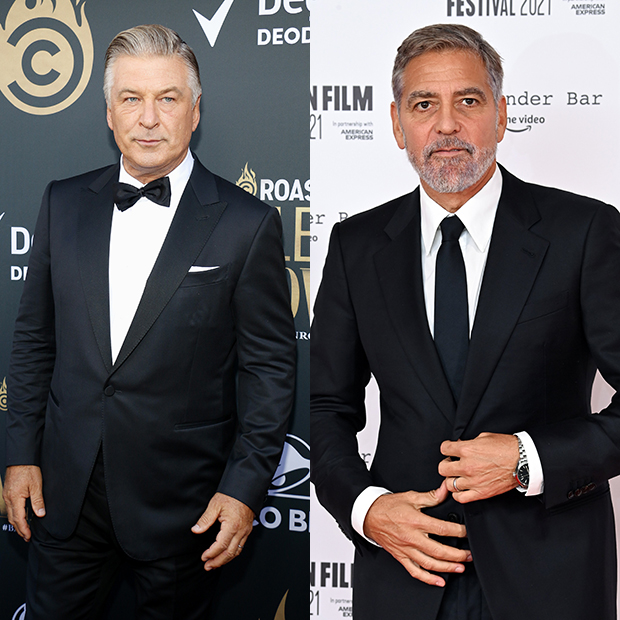 On the WTF with Marc Maron podcast, George said that Halyna’s death on the Rust set was the result of “a lot of stupid mistakes.” The Ocean’s Eleven actor further said, “Every single time I’m handed a gun on a set — every time — they hand me a gun, I look at it, I open it, I show it to the person I’m pointing it to, we show it to the crew. Everyone does that. Everybody knows that.” George’s comments were clearly critical of Alec, who claimed in his ABC News interview that he “didn’t pull the trigger” of the gun that killed Halyna and injured director Joel Souza. “Someone put a live bullet in a gun, a bullet that wasn’t even supposed to be on the property,” he said. “Someone is responsible for what happened, and I can’t say who that is, but I know it’s not me.”

Alec was quite emotional during his interview with George Stephanopoulos. When asked if he feels “guilt” for the terrible incident, the 30 Rock star said, “No. I might have killed myself if I thought I was responsible, and I don’t say that lightly.” Alec also said he thinks it’s “highly unlikely” he’ll be charged in the shooting, which is still under investigation by authorities.

Alec Baldwin — Photos Of The Actor

This new interview marked Alec’s first sit-down interview since the Rust shooting occurred. He briefly spoke to the press about the incident in Manchester, Vermont with his wife Hilaria Baldwin on October 30. The day after Halyna was killed, Alec broke his silence in a message on Instagram. “There are no words to convey my shock and sadness regarding the tragic accident that took the life of Halyna Hutchins, a wife, mother and deeply admired colleague of ours,” he said.

So far, no charges have been announced by authorities investigating the incident. Jason Bowles and Robert Gorence, the attorneys for Rust armorer Hannah Gutierrez-Reed, have said they’re looking into the possibility that someone tried to “sabotage the set” of Alec’s film by putting a live bullet in a box of dummy rounds, which ended up in the gun that killed Halyna.