Alec Baldwin is speaking out after being charged with misdemeanor assault and harassment following his arrest on Friday, November 2.

The Oscar nominee, 60, took to Twitter after being released from custody Friday to deny claims that he punched a man over a parking dispute.

“Normally, I would not comment on something as egregiously misstated as today’s story,” he wrote on the Hilaria and Alec Baldwin Foundation account. “However, the assertion that I punched anyone over a parking spot is false. I wanted to go on the record stating as much.

He continued: “I realize that it has become a sport to tag people w as many negative charges and defaming allegations as possible for the purposes of clickbait entertainment. Fortunately, no matter how reverberating the echos, it doesn’t make the statements true.”

A New York City police chief also told Us that “Alec did not punch the guy.”

The Saturday Night Live star was arrested earlier on Friday for allegedly striking a 49-year-old man around 2 p.m. outside his NYC apartment.

“There was a dispute over a parking spot,” a press agent from the NYPD told Us. “The injured individual was taken to a local hospital for observations. We have no notes of Alec resisting arrest.”

According to the Associated Press, the victim “told police that Baldwin hit him with his hand, but wasn’t sure if it was a punch or a slap.” 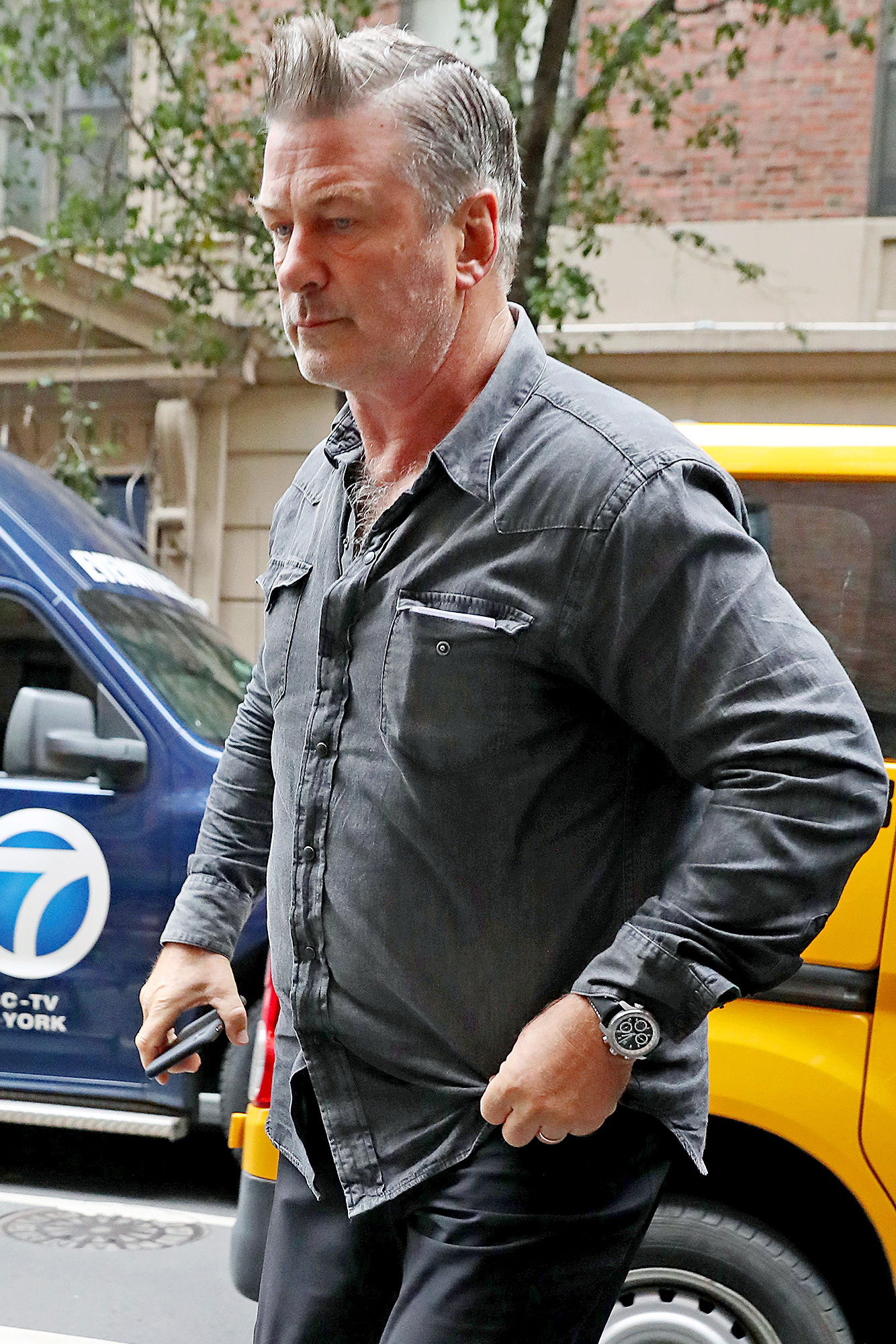 A source told Us that nearby construction has contributed to parking issues. “The construction going on next to Alec’s [apartment] have been a pain,” the source said. “There is always parking on the street and since construction happened, there [are] never open spots.”

The Alec Baldwin Show host has been arrested twice before: In 2014, he was taken into custody for disorderly conduct after riding his bicycle the wrong way down a one-way Manhattan street. He was also arrested in 1995 for allegedly assaulting a photographer who was trying to take a video of his ex-wife, Kim Basinger. He was later acquitted of misdemeanor battery charges in the 1995 incident.