The ‘Here’ hitmaker says in a new interview, ‘I just wanted to remind people that I’m just as deserving as anyone else.’

AceShowbiz –
Singer Alessia Cara is still struggling to recover from the “jarring” death threats she received after earning her first Grammy.

The Stay hitmaker took home the Best New Artist trophy at the prizegiving in January and soon after receiving her award, trolls flooded social media to threaten her life. 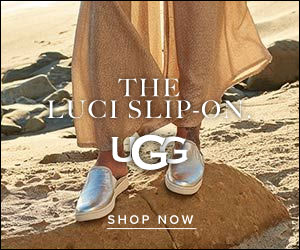 “It was really jarring, because it (winning a Grammy) was such a positive thing in my mind for so long,” she tells USA Today. “Especially as a kid, there’s, like, an innocence to it – that dream – and it almost gets tainted by opinions of people, which is really unfortunate. And I didn’t think that working hard and wanting something that’s out of your control would be that bothersome to people. It was just really disappointing for me”.

Alessia addressed the backlash in a lengthy Instagram post shortly after the Grammys, but now feels she shouldn’t have had to defend herself, especially considering she was the only woman to win a major prize at the 2018 ceremony.

“When I started seeing actual death threats, like people telling me to die because I won something (I had to write the Instagram post),” she recalls, “and also, the thing that made me want to speak up on it is the fact that people were so enraged that not enough women were represented that night, but then when I was the only one, instead of supporting me and being the feminists they said they were, they were just saying, ‘You’re not the right woman’, or, ‘You’re not the woman we wanted, that doesn’t count’.

“That was really almost hypocritical, in a way, and I just wanted to remind people that I’m just as deserving as anyone else,” she adds. “I think it would be a disservice to other young girls if I just took that and let that get to me”.

Many fans slammed Grammy bosses’ decision to give Alessia the award over fellow nominee SZA, who later defended Cara against the unfair criticism.

“I haven’t spoken to SZA about it directly, (but) it was really nice and really classy of her to say that, because she didn’t need to defend me in any way,” Cara gushes. “She’s an incredible artist and extremely deserving. I would’ve been completely ecstatic if she had been up there, and I think she will be”.