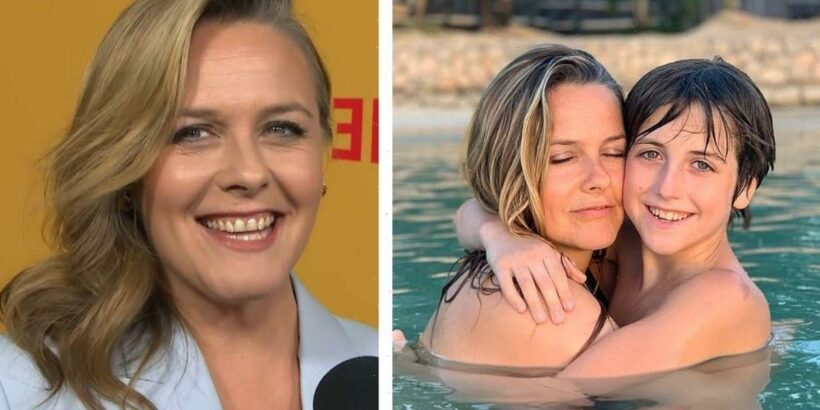 Despite admitting it wasn’t an age-appropriate film, Alicia Silverstone was too keen for her son to see her in Clueless to refuse him. The American actress, who played Cher Horowitz in the classic movie, then revealed that her son tried to imitate the kissing scenes he’d seen on-screen.

He tried to kiss me – like, passionate kisses, because that’s what he saw in the movie

“He was so young and it’s not appropriate, I think, for a 5-year-old to watch that movie,” Alicia confessed afterwards.

“It’s all about sex and stuff, so I just realised, ‘Oops’!

“What he really picked up is he tried to kiss me – like, passionate kisses, because that’s what he saw in the movie.”

Though she said her son, now 11, had “loved” watching her play the lead in the film, she realised afterwards it might not have been the best idea for him to view it.

“He saw Clueless when he was five, because it was on at the Hollywood Cemetery,” she continued.

“Four thousand people came to see and I couldn’t pass that experience up, of watching it under the stars, pillows on the ground with rosé.”

The 45-year-old had been talking to ET Online at the Netflix premiere of Senior Year when she disclosed the details.

Alicia had made a cameo in the film, which stars Rebel Wilson.

The plot features a high-school cheerleader who suddenly awakens after a 20-year coma and is in hot pursuit of her former life and the title of prom queen.

Rebel had been delighted that Alicia would be a part of it, exclaiming: “I had the Clueless poster up on my bedroom wall. I love her. She’s amazing.”

Meanwhile perhaps it’s little surprise son Bear picked up some unusual habits, as Alicia earlier revealed that she had been mouth-to-mouth feeding him since he was a baby.

In one Instagram video, made in 2012 when he was around a year old, she confessed to feeding him “like a baby bird” and pre-chewing the food.

“I fed Bear mochi and a tiny bit of veggies from the soup… from my mouth to his. It’s his favorite… and mine,” she captioned the footage.

Alicia added that her son’s appetite was at times so ravenous that he would sometime “crawl across the room to attack” her mouth if he saw her eat.

Meanwhile, the Clueless star has shared other controversial parenting techniques with the world too, after previously opening up on how he lives a totally vegan, plant-based diet.

She has even revealed her view on giving him medication, in her 2014 book The Kind Mama, believing that he didn’t need any as his diet was so healthy.

“He’s such an example of health. This is a child who is plant based,” she later told ET.

“I just want to share that with the world, so people can see that a plant-based baby is really healthy.

“It’s not like they’re just doing OK. They can do better.”

She added that he had “never” had any sort of “medical intervention”.

She has also defended deciding to share his images on social media at a young age, recalling that, after his birth, paparazzi “camped” outside her home, but that when she posted a photo, they all went away.