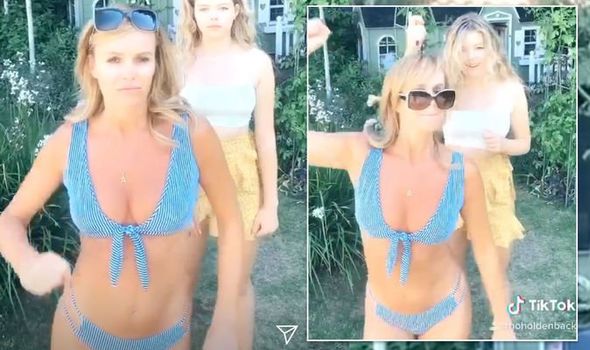 Britain’s Got Talent star Amanda Holden took to Instagram yesterday to post a video of herself dancing in the garden with her teenage daughter Lexi in a barely-there bikini.

The 49-year-old television and radio personality showed off her phenomenal physique in a striped swimsuit while making the most of the glorious weekend sunshine.

Amanda put on a busty display as she danced alongside her 14-year-old daughter in her low-cut blue and white bikini.

The two-piece also showed off her toned torso and flat stomach while a cutaway detail in her bikini bottoms left little to the imagination.

The TV star wore her blonde tresses in loose curls to her shoulders and sported a pair of oversized sunglasses on her head.

The presenter’s daughter looked lovely in a white top and summery yellow skirt for the video. 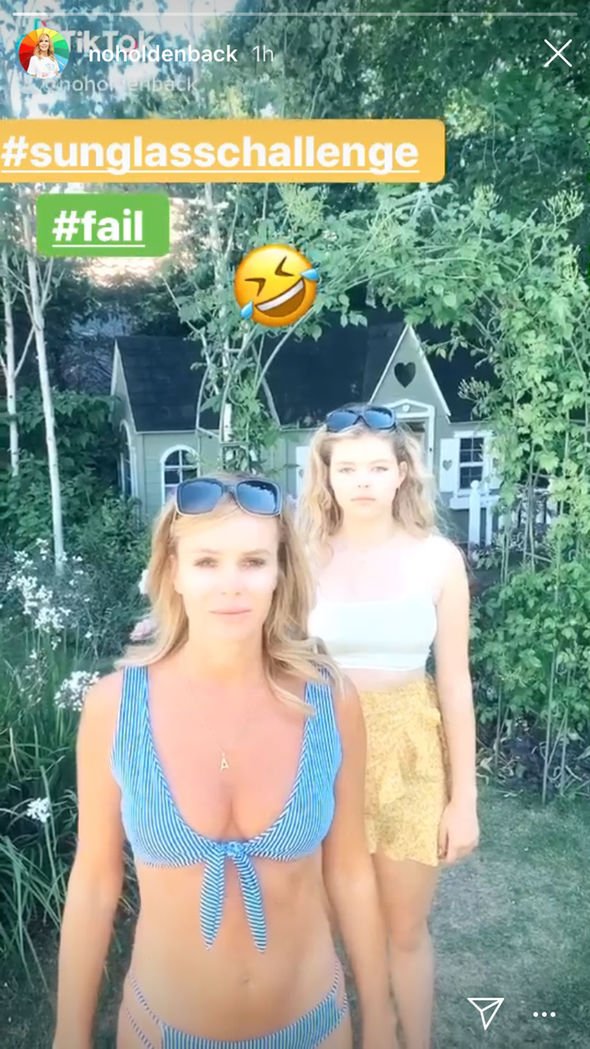 According to the post, the mother and daughter duo took part in the “Sunglasses Challenge”, which is going viral on TikTok.

They moved and swayed to music in their sunny garden during the coronavirus lockdown in front of a pretty wooden playhouse.

Amanda, who is also mum to eight-year-old Hollie, captioned the footage a “fail” as the pair attempted to flip their sunglasses from their head to their faces without touching them.

The BGT star was successful in her attempt but Lexi’s eyewear was seen falling to the floor instead. 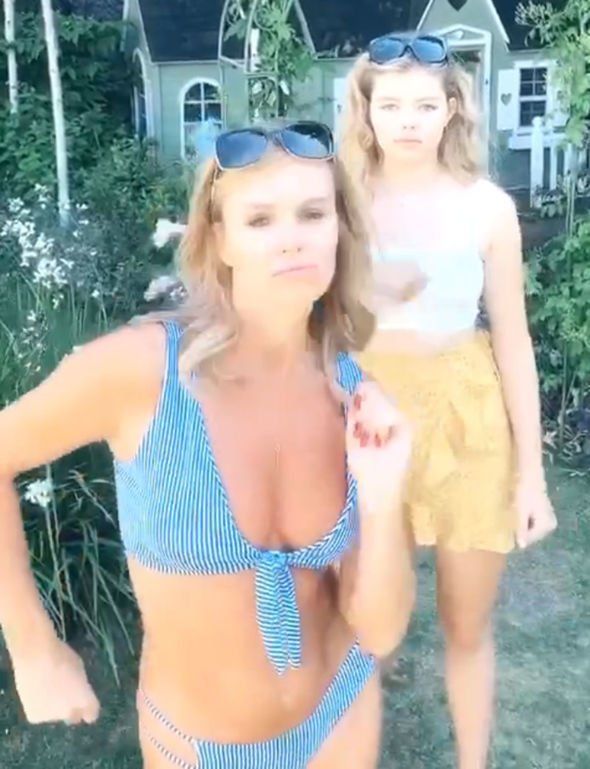 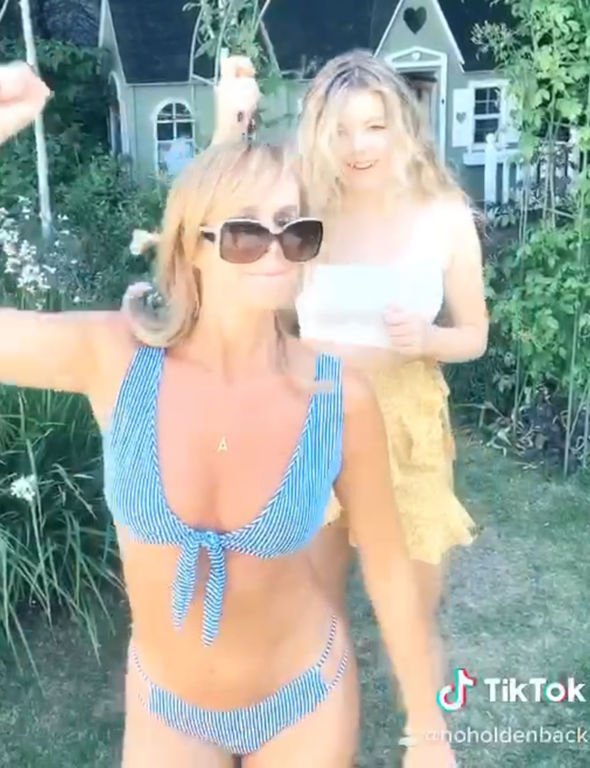 Keeping herself busy during lockdown, Amanda has filmed numerous TikTok videos with her children, much to the delight of her fans.

Earlier in the week, she recorded a lip-syncing clip with her youngest daughter Hollie which she captioned: “It’s taking over.”

Other videos have seen her dancing on the grass while Lexi appeared on the roof of the house in the background.

Another showed her trying to capture her eldest daughter’s attention as she sunbathed by riding past her on a ride-on unicorn.