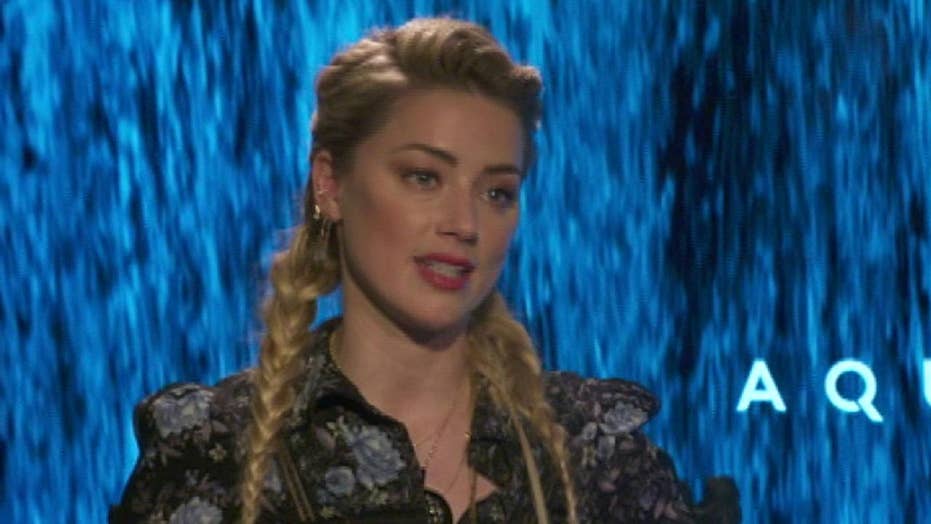 Amber Heard stars as Mera in ‘Aquaman’ and sees the industry turning a corner when it comes to superhero roles for women.

Amber Heard revealed she is bisexual in 2010, but she recently revealed at an SXSW panel that coming out to her religious parents was the hardest part of her coming out story.

The “Aquaman” actress spoke at the “Making Change on and Off the Screen” panel at SXSW Saturday, where she told the difficult story of getting her parents to understand her sexuality and think outside a “binary system.”

“I am from Austin, Texas. My dad is out of central casting Texan. Good Southern man, and I was raised in a religious home,” she told the crowd (via People). “And being an outspoken lesbian, atheist, vegetarian, I remember when I told them about my relationship, that I was in love with this woman, and at the beginning of that it was just tears, tears.”

She added, “They didn’t know how to process it because, for them, it was being thrown into a binary system of processing it, negative or positive.”

AMBER HEARD ON 'AQUAMAN' CHARACTER: 'SHE'S NOT A DAMSEL IN DISTRESS'

The star dated girlfriend Tasya van Ree for four years before they split in 2012. She then married Johnny Depp in 2015, but they split after a little more than a year.  Unfortunately, Heard alleges that her relationship to the “Pirates of the Caribbean” star was physically abusive to her. She’s also been romantically connected to Tesla founder Elon Musk.

Fortunately for the 32-year-old actress, the story has a happy ending as she recalls her parents coming around to her romantic lifestyle in the half-decade since she told them.

“Five years later, I was getting an award, and I asked my parents to drive out to Dallas,” she said. “And I see them sitting front and center and here I am getting this ‘gay award… My parents in five years, look at the journey. Attitudes and hearts can change.”