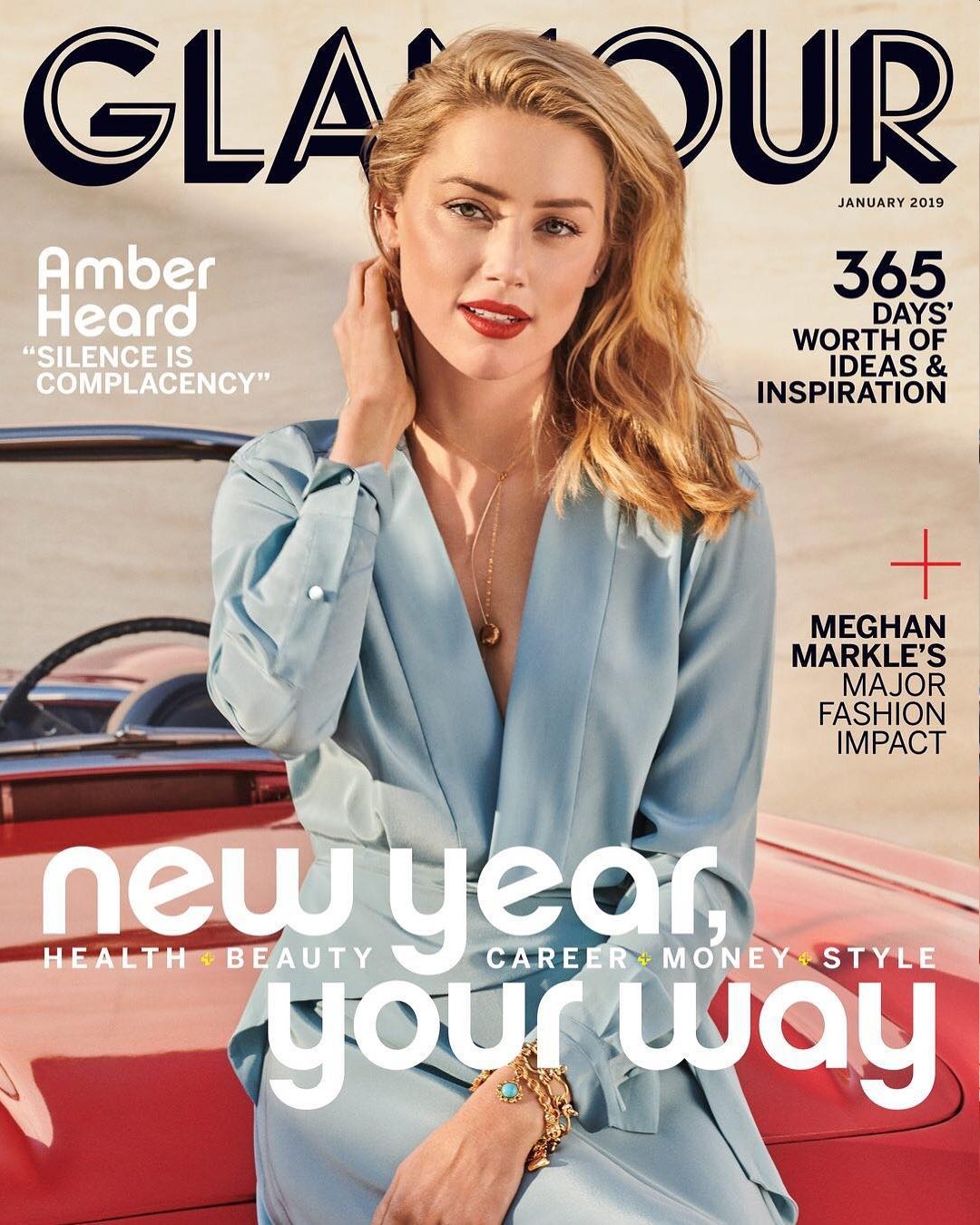 Amber Heard covers the January issue of Glamour Magazine to promote her role in Aquaman. The profile is actually okay, meaning that she comes across well, like she’s turned a page on all of Johnny Depp’s bullsh-t and she’s not going to fight those battles anymore. She’s still careful not to say his name or answer direct questions about him, likely because she’s still sticking with the non-disclosure agreement (Depp, on the other hand, has violated the NDA several times). You can read the full Glamour cover story here. Some highlights:

On her role in Aquaman: “You have to maintain a vigorous imagination while being suspended 25 feet in the air, acting with very little around you that resembles the world that will be depicted when it comes out…I’m not gagging to get back in that suit.”

She was a Texas pageant girl: “Pageants are weird,” she admits when I ask how she feels about it now, “and I can’t support the objectification.”

On her beauty & her career: “I’ve done the best I could without the luxury of being picky. There’s an implicit apology expected of me for my participation in feminine beauty, but I can’t play into this false narrative that my sexuality is mutually exclusive from my power. My physical appearance, no matter how it affects others, is solely the responsibility of people around me. You know, male characters in movies included. It is their responsibility, not a woman’s. My sexuality, my femininity, in whatever way I want to express it, is mine and my own.”

On women coming forward to tell their stories: “When a woman comes forward, she will be met with skepticism, hostility, and shame. All a man has to do is point to an incentive. He will. Or society will.”

The era of Trump means she’s more politically active: “My job provides me with a platform. Silence is complacency.”

On Christine Blasey Ford: “I was in my hotel room in New York, and I was immediately nailed to the floor in a puddle of tears. We as women took a collective punch to the gut.” A week later she joined Rise and a group of survivors in D.C. to appeal to Arizona Senator Jeff Flake, the only Republican on the committee who lobbied for an FBI investigation into Ford’s allegations. “It took a moment for him to realize I did not want a selfie with him. I thanked him. I told him that in my life I have done the unpopular thing: go up against a powerful system. It takes grace and bravery; it can feel lonely and terrifying.” A week later Sen. Flake voted to confirm Kavanaugh. “He chose not to face it, I guess. And the results are… I guess you can see the results.”

“I’ve done the best I could without the luxury of being picky. There’s an implicit apology expected of me for my participation in feminine beauty, but I can’t play into this false narrative that my sexuality is mutually exclusive from my power.” That’s an interesting way to talk about it, I guess. Jessica Biel got a lot of sh-t, years ago, for basically saying that she was “too pretty” to get good roles. Amber is sliding up to that too, that maybe her hotness has led people to typecast her as “the hot blonde” in movie after movie, but she’s also acknowledging that her hotness/beauty gives her power too. That being said, chica wasn’t typecast as “the hot girl” because of her beauty. She was typecast that way because she’s a terrible actress and that’s all she’s capable of, standing around and preening. I’m saying that as someone who likes her too – but good God, she’s a terrible actress. Her “acting” success is directly related to her beauty rather than her skill. 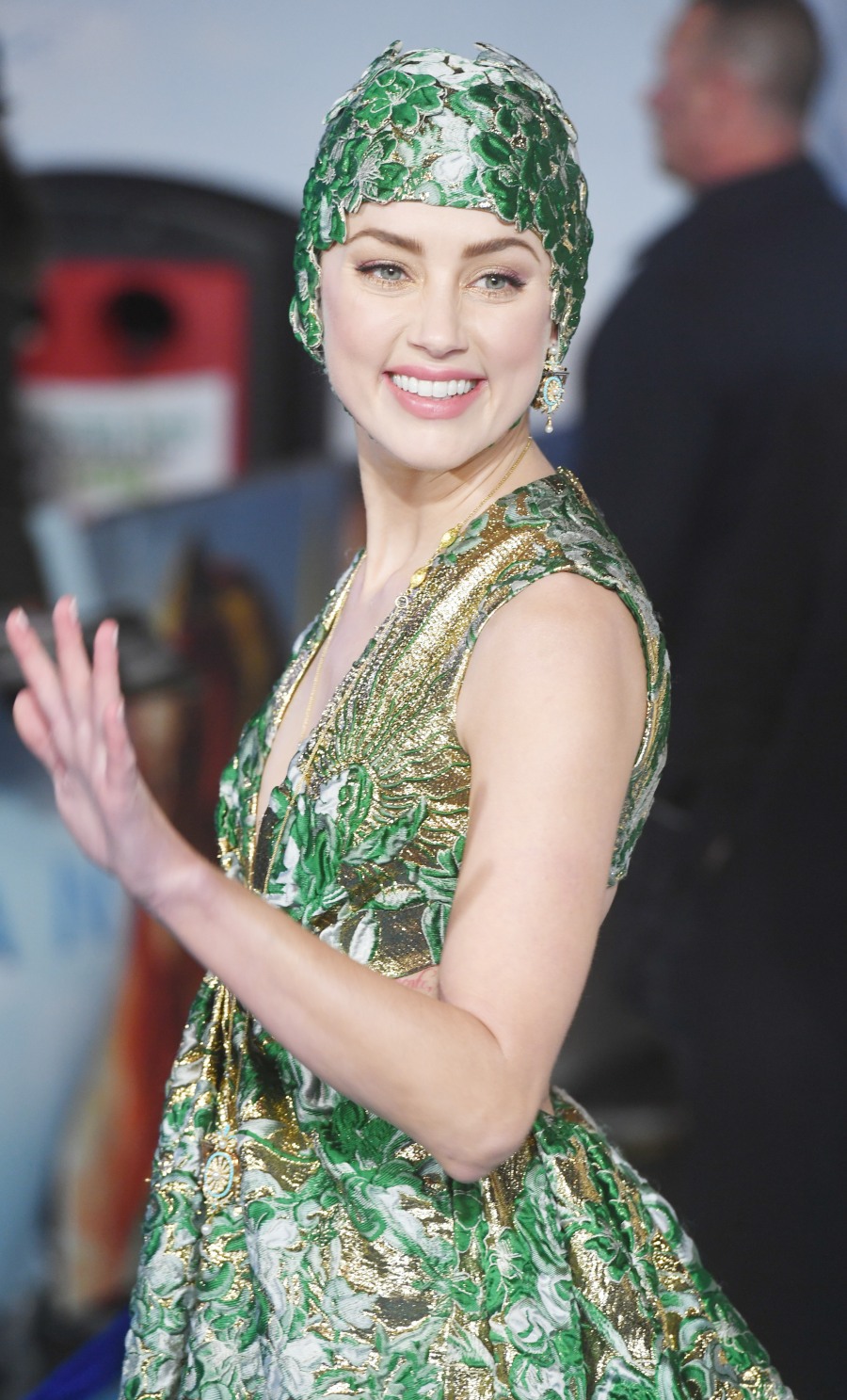