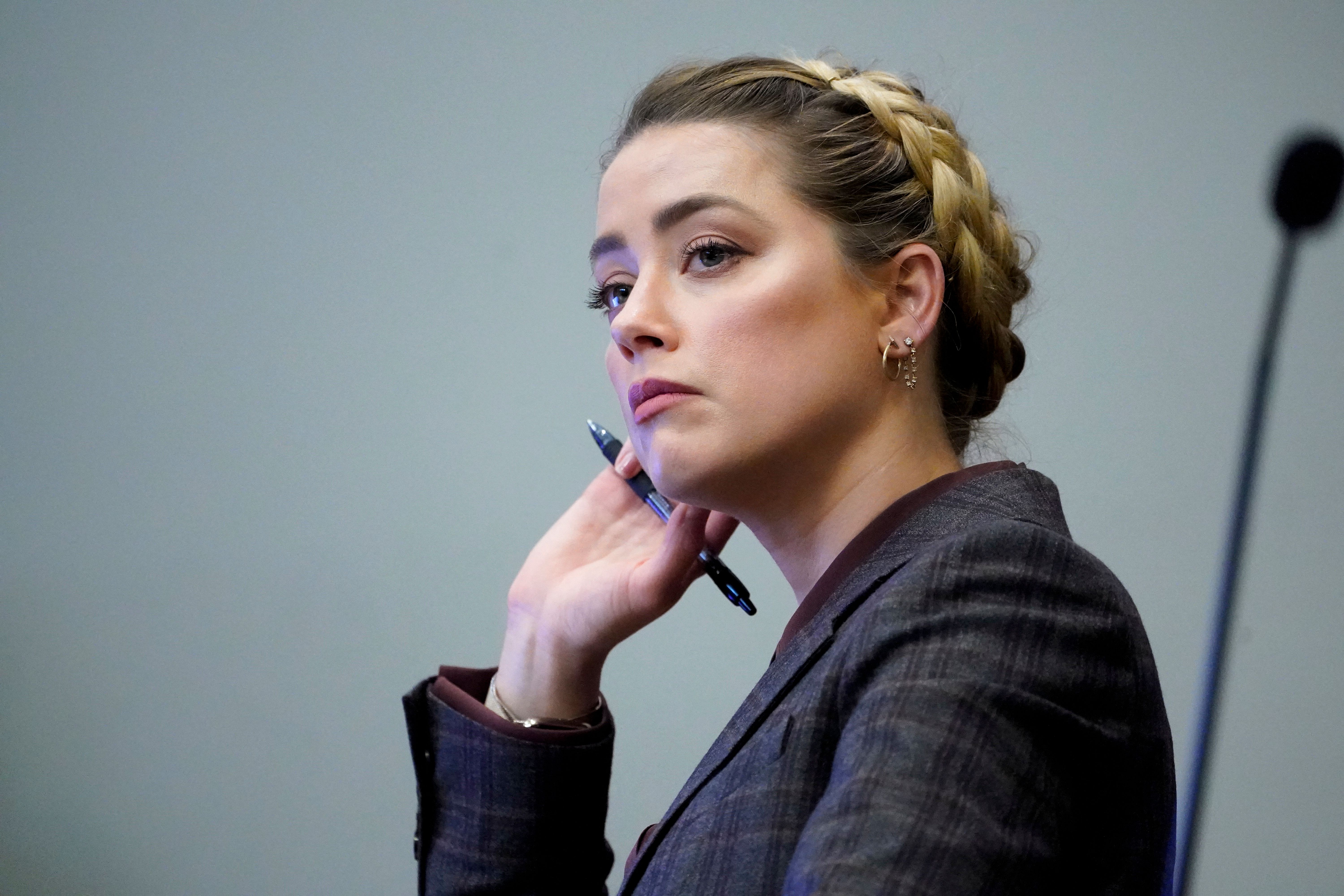 Photos showing Amber Heard with red marks on her face have been shown in court as her trial with ex-husband Johnny Depp continues.

The Pirates of the Caribbean actor is suing his ex-wife for $50million (£39m) for defamation, following a 2018 op-ed she wrote in the Washington Post of her experience of suffering domestic abuse.

While she didn’t name the 58-year-old in the piece, his team argued that it falsely implies that he sexually and physically abused her during their relationship.

The 36-year-old has countersued for $100million (£76m), claiming that her former partner libeled her by calling her a liar.

Heard’s former nurse, Erin Falati, testified on Monday via a pre-recorded deposition, and told the court that she had sent her pictures of her face with red marks.

The court was shown the pictures in question, appearing to show Heard’s red and marked face.

Speaking of the photos, the nurse told the court: ‘I’m not an expert… I mean there’s color on her face in different areas, I don’t know what’s what.’

The jury heard that she had written in her nursing notes that the Aquaman actress had experienced ‘increasing anxiety, ‘per report from JD’, and had ‘outburst of anger and rage’.

Her notes also revealed that she visited Heard on December 17, 2015, to deliver medication – and that Heard looked ‘weepy and sad’ when she answered the door.

In their meeting, she recounted an argument she had with Depp and had ‘bright red blood appearing at centre of lower lip’ – something she told Falati was sustained during the row, with the health care professional’s notes saying that she had also ‘lost clumps of hair’.

Falati is slated to return to continue her deposition later today, with Heard expected to take the stand soon.

The trial began last month at the Fairfax County Courthouse and is set to go on for several weeks.

So far, Depp has taken the stand alongside various witnesses, including his ex-bodyguard and their former couple’s therapist.

It was recently claimed that Heard ‘fired’ her PR firm, Precision Strategies, after she became ‘frustrated’ with the coverage she had received so far during the trial.

She reportedly axed the firm last week and has already hired a replacement in Shane Communications, in a bid to ‘help her get across her side better’.

A source told the New York Post that she ‘doesn’t like bad headlines’, with another adding that she is said to be ‘frustrated with her story not being told effectively’.