Amber Portwood‘s in the clear with her probation officer over alleged threats she made against a YouTuber … because that woman has no direct connection to her case.

TMZ broke the story … Katie Joy — the woman behind the Without a Crystal Ball YouTube account that’s been documenting Amber’s domestic violence case, including publishing video and audio of the entire blowout between Amber and Andrew Glennon — contacted authorities after Amber allegedly directed some threats on Instagram Live toward her. 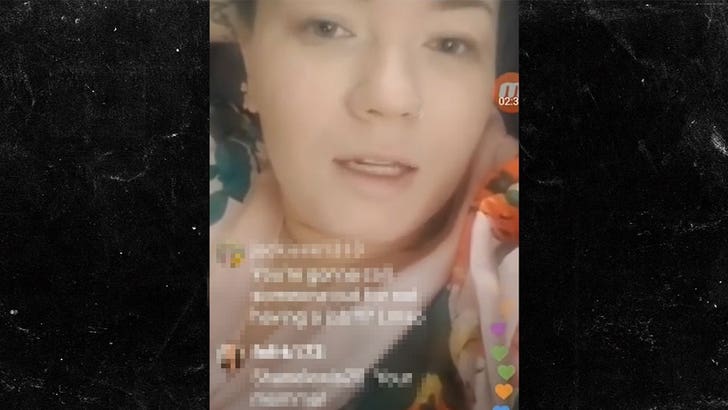 Portwood’s probation officer was notified of Katie’s issue, but the Marion County Probation Department in Indiana tells us … it doesn’t amount to any sort of violation.

We’re told Joy isn’t listed on Amber’s probation order, so any alleged threats in and of themselves don’t constitute a probation breach. If Katie was listed, it would be a different story.

The MC Probation Dept. says the only way Portwood’s probation would be affected is if Indianapolis PD arrested her or if she was convicted of making threats against Joy.

Considering Katie hasn’t filed a police report in Indiana, that doesn’t seem likely … and our Indiana law enforcement sources confirm Amber’s not under investigation. However, sources close to Katie say he HAS filed a report where she lives in Minnesota … but was told by police there’s not much they can do.

As for why Portwood’s on probation … you’ll recall she pled guilty to 2 felonies — domestic battery and intimidation — in her domestic violence case with Glennon. She got 906 days of probation, but if it’s violated the judge can sentence her to hard time.