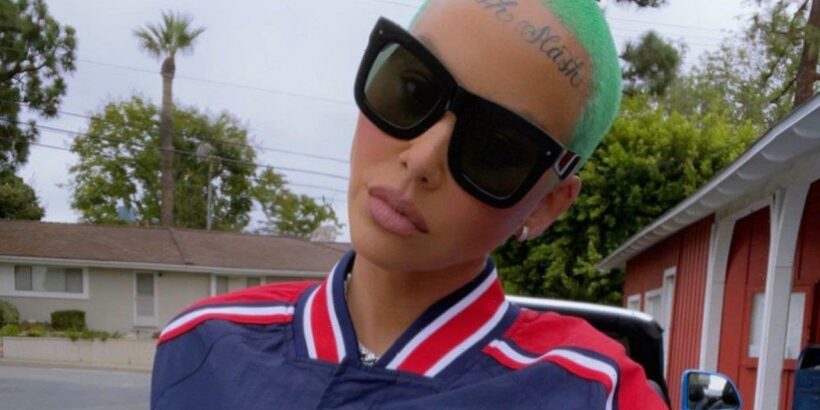 Taking to her Instagram account, the SlutWalk founder shares a video of her in a hospital bed as she is set to fix her scar tissues caused by her two c-sections.

AceShowbiz – Amber Rose[ once again comes clean about her cosmetic procedure. The model underwent another liposuction on Wednesday, November 3 to remove the scar tissues on her stomach from her two c-sections and she let her fans know about it ahead of the surgery.

Making use of her Instagram account, the former “[t=Dancing with the Stars” contestant greeted her followers from the hospital as she was about to go into surgery. “Hey, you guys! So I’m here with Dr. Matlock,” she opened the video showing her lying in a hospital bed, before panning the camera to show the doctor who was going to perform the surgery.

“I have a lot of scar tissues from my c-sections. I had two c-sections with my boys,” she explained her issue, before breaking down what the doctor would do to fix her stomach. “So he’s gonna break that up.”

“I’m super excited about my stomach. It’s gonna be really flat and pretty,” she gushed. “And I’m about to go in for surgery. So, wish me luck,” she added, before noting that she’s “with the best doctor in the world, so I don’t really need that.”

While Amber was getting the surgery to fix her stomach, many wished that she addressed her other body part. Distracted by her face tattoo, they wanted her to remove the ink from her face instead.

“Tattoo removal too,” one person implored. Another reacted to her video, “I thought she was gon say she was getting the head tattoo removed.” A third demanded, “Remove that tattoo next.”

“her tattoo is so damn distracting,” a fourth user remarked. Another agreed as saying, “She need to address that tattoo instead.” Someone else pointed out, “She ruined her pretty face with that tattoo.”

This isn’t the first time Amber got a liposuction. Back in November 2019, six weeks after giving birth to her son with Alexander Edwards, she also revealed on Instagram that she was going to have a full-body liposuction.

“So I’m here at Dr. Matlock’s office, and I’m about to get my whole body done after the baby,” she said in the video. “He’s gonna take out some of my jowls that are just hereditary,” she continued, pointing to her jawline. “It just runs in my family, so he’s gonna fix that and he’s gonna suck all the baby fat out of my stomach.”

In the caption, the 38-year-old star teased that many in the industry visit Dr. Matlock, but she’s the only one who won’t keep it a secret. “All of your favorite Girls and Guys go to him they just don’t tell you but I will,” so she claimed. “@dr.matlock he’s the best in the business!”