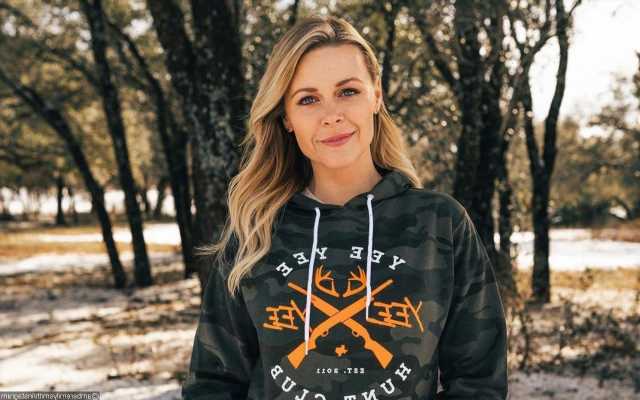 Amber took to Instagram Story to reveal some of DMs that accuse her and her husband Granger Smith of replacing their late son River with their newborn, Maverick.

AceShowbiz –Amber Smith and Granger Smith dealt with “hurtful” comments following the death of their son River Kelly. Amber took to Instagram Story to reveal some of DMs that shamed her and his husband over the tragic drowning accident in addition to accusing them of replacing their late son with their newborn.

“I never like to give these people more attention than they deserve, but it’s a reminder that we live in a dark world, where people judge one another, and say the most hurtful, cruel things,” Amber wrote on Tuesday, August 24. “Please think before you type or speak your opinions.”

She went on saying, “The Bible tells us that the tongue is a fire — James 3:6 The tongue is also a fire,(A) a world of evil among the parts of the body. It corrupts the whole body,(B) sets the whole course of one’s life on fire, and itself set on fire by hell.”

“Choose to be the light,” The “Monsterwolf” star, added in a separate post. “And know who you are in Jesus Christ so when flaming darts come are way you are wearing the armor of God. Not today Satan.”

Amber and Granger welcomed their youngest son Maverick on August 20. The couple shared in a May video on YouTube that he wanted to pay tribute to River through their newborn baby’s name. “I really Riv to be in the name, whatever name we picked, I wanted Riv to be a part of that name,” Amber said in the clip.