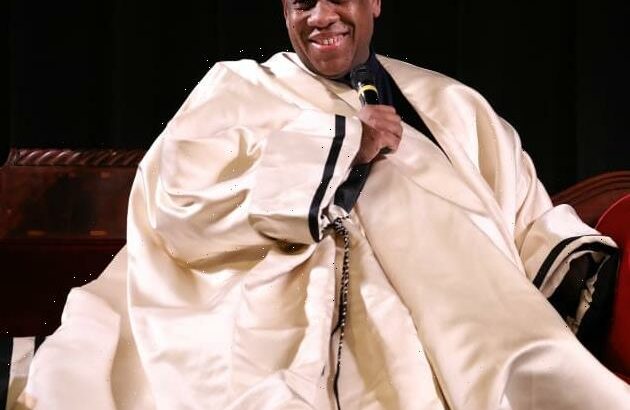 André Leon Talley, a beloved writer, the former creative director at Vogue and an all-around icon in the world of fashion, died on Tuesday from an unknown illness.

According to the aforementioned celebrity gossip website, Talley passed away in White Plains, New York.

His exact cause of death is unknown at the moment.

Talley came on board Vogue in 1983 as the magazine’s fashion news director.

He quickly rose to creative director and editor-in-chief Anna Wintour’s most important underling, a position he held from 1987 to 1995.

Talley then left Vogue in 1995 and moved to Paris, where he returned to W Magazine after working at the publication earlier in his career.

“Good bye darling André … No one saw the world in a more glamorous way than you did … no one was grander and more soulful than you were …the world will be less joyful.

“I have loved you and laughed with you for 45 years…. I miss your loud screams …

“I love you soooo much.”

Over the course of his impressive career, Talley also contributed to Women’s Wear Daily, The New York Times and Interview Magazine.

He is also the subject of the documentary The Gospel According to André, which was released in 2018.

In May 2020, the fashion icon released a memoir about his life and career, titled The Chiffon Trenches.

It chronicled his unlikely journey from the front porch of his grandmother’s home in Durham, North Carolina, to the front rows of fashion.

Television fans may recognize Talley from his stint as a judge on America’s Next Top Model to a cameo on Sex and the City.

Overall, however, he’ll be best remembered for the impact he had on both the universe of Black fashion and LGBTQ fashion.

In 2017, at an event at the Brooklyn Academy of Music, Talley described the challenges of promoting diversity on the glossy pages of fashion magazines.

“I worked behind the scenes. I did it in dulcet tones, and I was persistent and tenacious….I always assumed a very quiet role.

“I didn’t scream and yell and shout….That was the best strategy, because that was the world I moved in. After all, it was Vogue, darling,” he told host Tamron Hall at the time.

On Twitter, writer Roxane Gay described Talley this morning as “a beacon of style for so many.”

Editor-in-chief of British Vogue, Edward Enninful, thanked the leggend for “paving the way,” writing on Instagram:

“Without you, there would be no me.”

Celebrities Who Died In 2022: In MemoriamStart Gallery