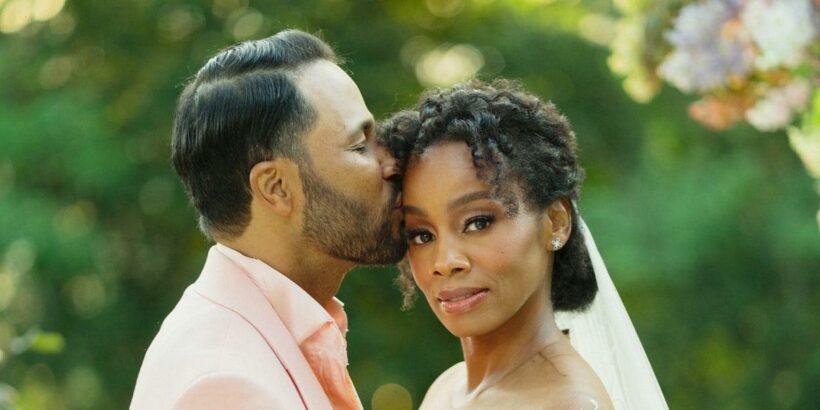 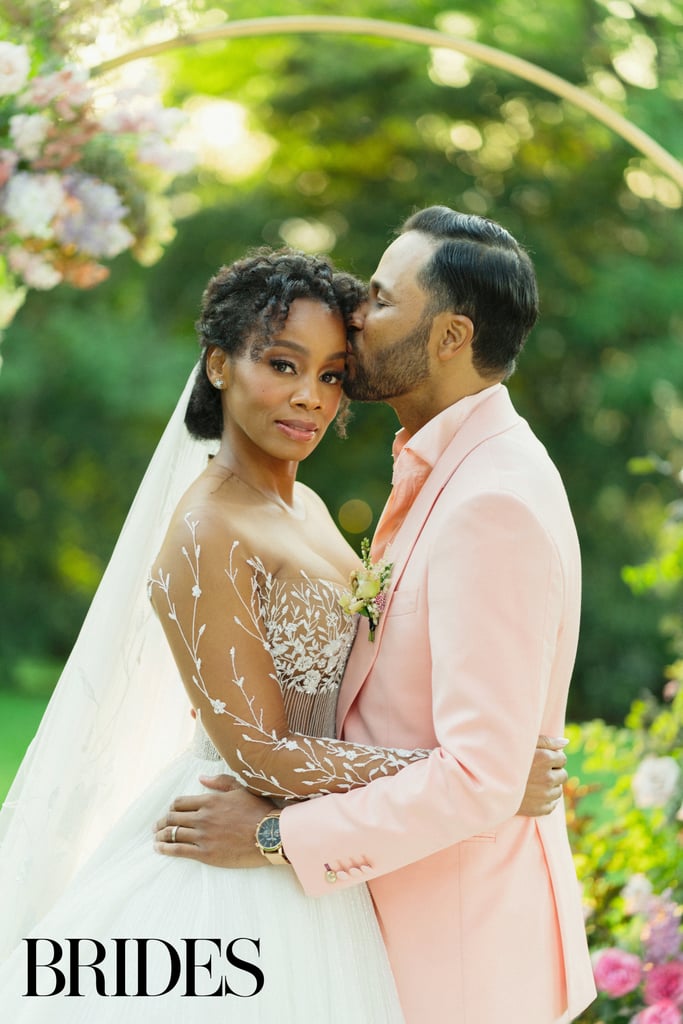 Surprise, Anika Noni Rose is married! On Jan. 17, three months after tying the knot with fellow actor Jason Dirden, 42, the “Princess and the Frog” star, 50, revealed news of her nuptials on Twitter. “Soooo, did a big something. Your Princess has found her Prince,” she tweeted. “@jasondirden & I are very happy.”

Rose shared details about the couple’s wedding in a new interview with Brides, also published on Jan. 17. Neither of the actors publicly announced that they were dating or engaged, but Rose told the outlet that her husband proposed in December 2021 during his family’s annual Secret Santa Zoom.

“Jason played a beautiful video he created of our time together, underscored by Norah Jones’ ‘Come Away With Me,’ and a phone conversation between Jason and his dad about love, partnership, and Jason’s desire to propose,” Rose recalled. “When the video ended, with all our friends and family watching, he went to one knee and asked me to marry him.”

After sorting through their busy schedules, the pair decided to wed on Oct. 16, 2022, though the date only gave them two months to plan their special day. “We didn’t plan to only have eight weeks to plan a wedding. We planned to have a year,” Dirden shared.

They ended up getting married in a beautiful ceremony, officiated by “Euphoria” star Colman Domingo, on the lawn of the Paramour Estate in Los Angeles, where they were surrounded by close friends and family. According to Brides, the couple ended their wedding night with a festive reception, which included Domingo doing the electric slide, and an evening bike ride — a special request from the groom as the two love to ride bikes together.

Though Rose and Dirden have mostly kept quiet about their relationship, Brides notes that the two first met in 2014 as costars in a Broadway production of “A Raisin in the Sun.” “We were friends for a couple of years, actually,” Rose shared. “We both went off and did our own things and were disconnected for a while and then swung back.” Dirden added, “It was the right moment for both of us to be open and available for the possibility of what we have now.”

Rose also admitted “neither one of us really planned to end up with somebody in the business” but said their careers don’t interfere with their relationship. “We have fun. We laugh a lot, which is really, really important,” she added. “And we don’t talk so much about the business.”

The actor concluded the couple’s interview with a word of advice for future brides and grooms. “Things are going to go wrong, but everything that went ‘wrong’ during our planning was followed by something better,” she said. “You may find that your ‘plan b’ couldn’t be more perfect. We sure did.”

See photos from Rose and Dirden’s wedding ahead.