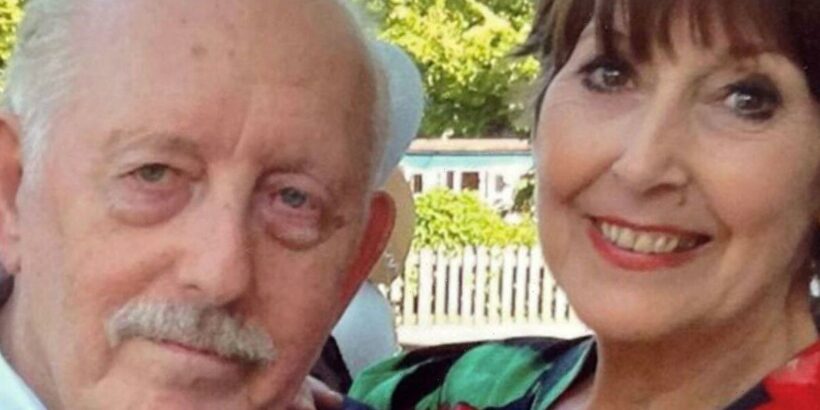 Dementia: Alzheimer's Research explain how to get diagnosed

Anita Harris, 80, has spoken out about her husband Mike Margolis Alzheimer’s diagnosis for the first time in a bid to raise awareness for other sufferers. The film director was first diagnosed with the disease in 2015 however the couple have kept their news private up until now.

The actress has vowed not to lose hope as she campaigns for Alzheimer’s Research UK.

She said: “For those of us who have a loved one going through the different stages of dementia, the pain is overwhelming.

“But if through sharing my darling Mike’s journey I can help even one family from ever having to take on these challenges, then my purpose will be served.

“We must never lose hope and that’s why I’m proud to have become a supporter of Alzheimer’s Research UK.

“Their drive to find a cure is vital and inspirational and I truly believe that one day, a cure will be found.”

Anita said Mike “knew early on” that he was “losing something of himself”.

Concerned for his health, the Carry On actress said he continued asking her what was happening to him.

“He used his sense of humour to put people at ease, making light of our fear that his memory was slipping away,” she explained.

Mike is now getting professional care in a nursing home leaving Anita missing his hugs at night.

She does however ensure she puts him to bed every night and tells him she loves him.

The actress added: “We celebrated our 49th wedding anniversary in May and I count our blessings for all our years of togetherness.”

The couple have been married since 1973.

Alzheimer’s disease is the most common cause of dementia in the UK.

Dementia is the name for a group of symptoms associated with an ongoing decline of brain functioning. It can affect memory, thinking skills and other mental abilities.

The disease is most common in people over the age of 65.