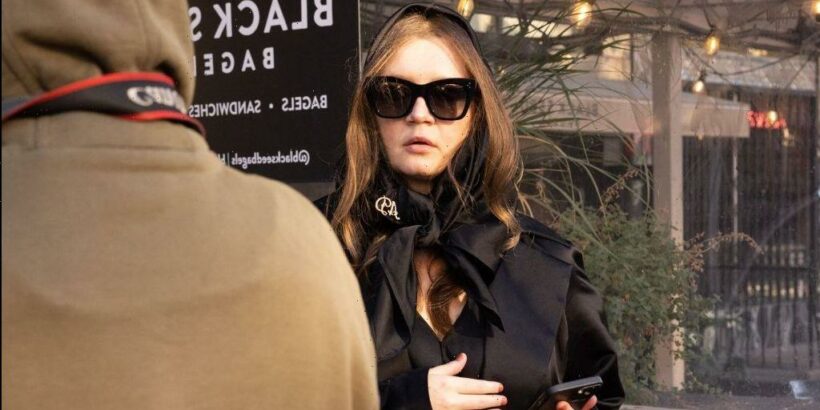 Anna Sorokin, better known by her alter ego name, Anna Delvey, has been pictured for the first time in New York since leaving prison.

The fraudulent German ‘heiress’ whose true story inspired the hit Netflix show, Inventing Anna, was pictured outside her new Manhattan apartment yesterday, getting ready to attend court. Dressed head to toe in black, Delvey wore a trench coat, matching trousers and strappy heels, finished with oversized sunglasses and a scarf draped over her head.

She also sported a brooch featuring the initials ‘AD’, indicating that she is not planning to revert back to her real surname.

If you’re unsure about Delvey’s story which led her to this point, the fraudster spent several years in the 2010s as a socialite, persuading New York’s elite to invest in a members-only arts club named after herself. She deceived major financial institutions, banks, hotels and acquaintances into funding her luxury lifestyle by pretending she was the daughter of a German oil tycoon.

But in the end, Delvey’s web of lies caught up with her and she was jailed for her financial crimes in 2017 for almost four years. Just one month after her prison release in February 2021, the 31-year-old was arrested again – this time for overstaying her visa in the US. Delvey was taken into a US Immigration and Customs Enforcement (ICE) facility, where she resided until her recent release last week.

Upon her prison exit, Delvey’s attorney John Sandweg confirmed that a judge “recognized that immigration detention was no longer necessary for Anna,” though the ruling “does not mean that Anna will get a free pass” as she’ll be under house arrest.

“She will continue to face deportation proceedings and her release will be closely monitored by ICE and the State of New York,” he added. “As the Court found, however, the evidence clearly demonstrated that any risks can be more than adequately mitigated by appropriate supervision.” 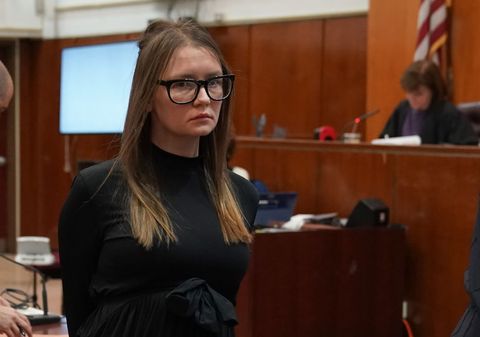 Despite Delvey’s movements being monitored through a tag on her ankle, Delvey admits she prefers her life now to the way it was behind bars. She gave The New York Times insight into her new found freedom in Manhattan, stating that she could have visitors after 1.30pm on Thursdays. “I definitely have a different perspective now than I did when I came out the first time last February,” she said. “It’s just impossible to have been through what I’ve been through without changing. I learned so much being in jail.”

Delvey added that she will most likely stay in New York while she continues to fight her deportation case. “I’m really, really happy about that. That’s exactly what I wanted. I’m just hoping to get more freedom eventually.”

“There’s a very well-documented arc about how I’ve felt about everything. It wouldn’t be right if I were just to switch in one day. That would be very disingenuous. It’s a process. I am regretful about the way things played out. The way I’ve tried to see my experience is to learn from it: Who I am today is because of the decisions I made in the past.”

When The New York Times asked Delvey “What are you most excited about doing now that you’re out?” Delvey simply answered “Finding my way back.”