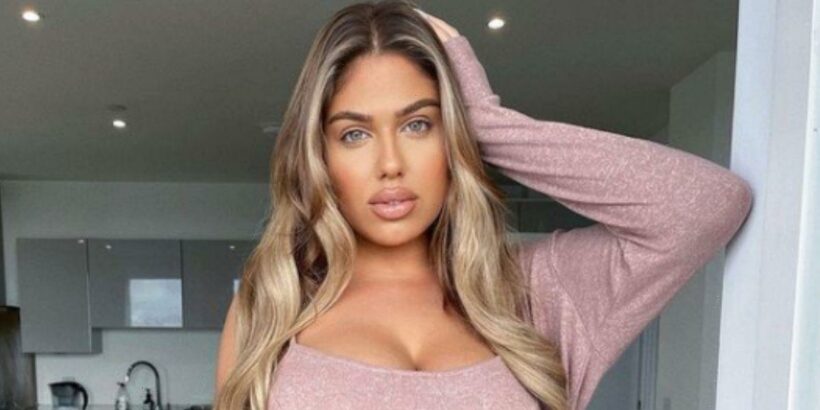 Reality star Anna Vakili has claimed she was arrested after calling the police with fears that she would be kidnapped.

The 31 year old, who found fame on the ITV dating show Love Island, alleged that she spent the night in a jail cell with her sister Mandi after they were handcuffed outside The Dorchester hotel in London.

The incident is alleged to have occurred just after midnight on April 11, 2021.

Anna said she got into an argument with her sister as they waited for police, who she claimed arrested them on suspicion of common assault when they arrived at Park Lane.

Influencer Anna, who has threatened to sue the police over the alleged incident, admitted that she had too much to drink during the night out, which always leads to arguments with her sister.

"Not long ago we ended up spending the night in jail," Anna told The Sun. "We got arrested for fighting each other – it wasn't even a physical fight."

Anna said that her sister Mandi had scratched her neck, which caused it to bleed "a tiny bit".

Mandi, 29, explained that when police arrived, her sister was a "proper snitch" and told cops: "Look at what she's done to my neck."

Anna claimed that she "never thought in a million years" they would get arrested.

She also alleged that they were being punished for being famous, as she claimed she "could see at the front that they [the police] were googling my name".

Anna claimed they spent 14 hours in a prison cell before they were let go.

She also alleged that their initial kidnap call was not resolved.

OK! has contacted the Metropolitan Police for comment about Anna's accusations.

A police spokesperson told The Sun: "Police were called at approximately 00:06hrs on Sunday, 11 April to reports of a disturbance in Park Lane, W1.

"Officers attended and spoke to a witness who reported seeing two women involved in an altercation. No injuries were reported.

"Two women, aged 29 and 30, were arrested on suspicion of common assault and taken into custody.

"Following enquiries it was established that no further action was necessary, and both were released from custody," they added in the statement.

For all the latest showbiz stories, sign up for OK! 's daily newsletter here.