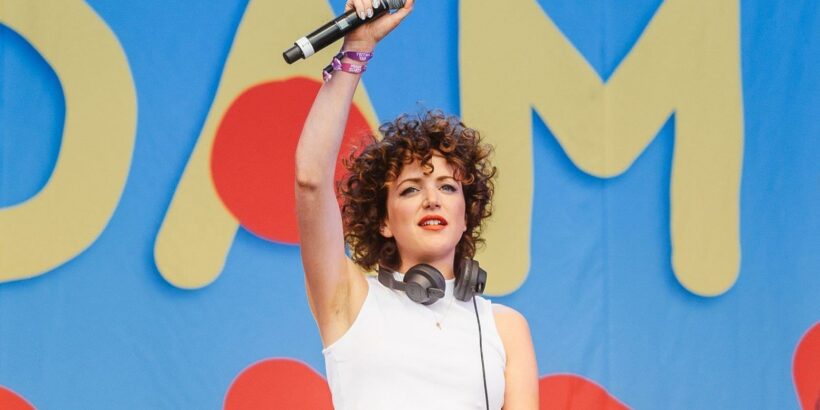 After 17 years at Radio 1, Irish DJ Annie Mac has bid farewell to the station with a powerful message about representation in the world of music and broadcasting.

If you’re a regular listener of Radio 1, then you’ll no doubt be aware that the station has been preparing to say goodbye to one of its superstar broadcasters, Annie Mac.

Loved for her wit, warmth and the thoughtful, inclusive way she crafts both her playlists and interviews, the Dublin-born DJ departed the station this week after 17 years of broadcasting with one final edition of Radio 1’s Dance Party with Annie Mac.

Mac, who joined Radio 1 as an assistant producer before hosting her first show in 2004, told listeners at the beginning of the show that “tonight is going to be hopefully a really, really fun and nostalgic and hopefully not too emo ride.”

She went on to explain that she was “looking forward to having the creative space to do new things and try new things,” but also fondly reflected on her time at the station and the “brilliant times” shared with fellow DJ’s who she now considers “friends for life”.

Before playing her final song, however, Mac grew emotional as she recalled the support from her parents at the beginning of her career.

“They live in Dublin and you couldn’t get Radio 1 very well back in the day, and at the start of my shows they used to sit out in the car and listen to my shows.”

As she introduced one of her “all-time favourite songs”, DJ Rolando’s Knights of the Jaguar, she paid tribute to her listeners and bid them farewell with a poignant message.

“As a 43-year-old woman, I can just tell you this: life goes by really, really fast. Life is short. It thunders by,” she said.

“And if you like the music, you’ve gotta get up and dance. Just do it.”

The world of music doesn’t have the best reputation when it comes to welcoming women into the fold, though, and earlier this week, Mac reflected on the progress that has been made in tacking sexism and the gender imbalance in the industry.

“When I joined Radio 1, the gatekeepers of mainstream music and alternative music on the radio were mostly men. It was lads lads lads!” she wrote in an Instagram post. “Chris Moyles was at the helm, who generally seemed to use women (and anyone who wasn’t cis male) as props for jokes.”

“It has been such a pleasure to witness all the brilliant women who have joined in the ranks of ‘specialist’ music broadcasting on Radio 1 during my tenure there,” she continued, praising her female radio contemporaries including Jo Whiley, Sara Cox, Annie Nightingale, Maryanne Hobbs and more.

Mac went on to explain that while she feels appreciative of the positive representation, there is also plenty more work to be done for women in the industry.

“We’ve come some ways, and I know it’s obvious to say but god it’s important to say, that there’s still a way to go,” she added. “I love listening to women on the radio. All colours and creeds. Funny women. Nerdy women. Whip smart women.”

“I would love to not be pleasantly surprised when there’s a new appointment of a solo female DJ in a high profile show. I would love to hear a mainstream radio show with two female co presenters. Broadcasting needs to keep investing in women in all of our varied glory.”

Mac, who previously announced that she would be leaving the station to focus on spending more time with her two children, writing fiction and podcasting, will be handing over the reins of her Future Sounds show to Clara Amfo, a decision that she has described as “the most sensible and inspired choice”. Whatever Mac decides to do next, there’s no denying that she’s changed the state of play.