Ant and Dec first established themselves as a double act during their breakthrough performances on the BBC teenage drama ‘Byker Grove’. Despite not liking each other at first, they soon bonded over their shared passion for Newcastle United. Soon after their stint on the show ended, the stars relaunched themselves as the music act ‘PJ & Duncan’ and later returned to the small-screen as hosts. From there, they have become one of the nation’s most beloved double-acts and often compared to legendary comedy duo Morecambe and Wise. Their talent has been recognised by the honour of Best TV Presenter at the National Television Awards 19 years in a row, which also earned them a Guinness World Record, alongside a score of other accolades.

Behind them is a list of popular shows including ‘Britain’s Got Talent’, ‘Saturday Night Takeaway’, ‘I’m a Celebrity… Get Me Out of Here!’ and more.

But despite the undeniable success of their 30 years in showbusiness, Ant McPartlin and Declan Donnelly surprisingly revealed concerns that their fame could slip away at any moment.

Often asked if they would part company, the duo admitted they had discussed it but doubted they would be as successful as solo acts.

McPartlin said: “We don’t have a hold over each other. There’s not like, ‘God, we must stay together for the career’, we’ve never had that.

“It just so happens that the stuff we do together is what we enjoy. I think we’re powerful together, and we’re good together… we bring out the best in each other.”

The presenters have often shied away from being dubbed the ‘new Eric Morecambe and Ernie Wise’, which Donnelly described as “very flattering” but not true.

Before the stars left ‘Byker Grove’ in 1993, BBC producer Matthew Robinson gave that same comparison and urged them to “stay together”.

But Donnelly rejected their similarities during a 2015 Guardian interview, when he said: “It’s kinda old-time variety. 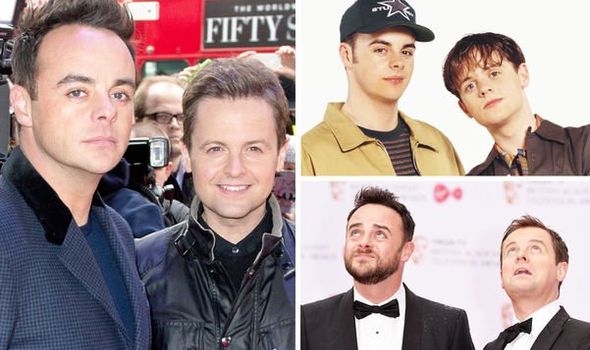 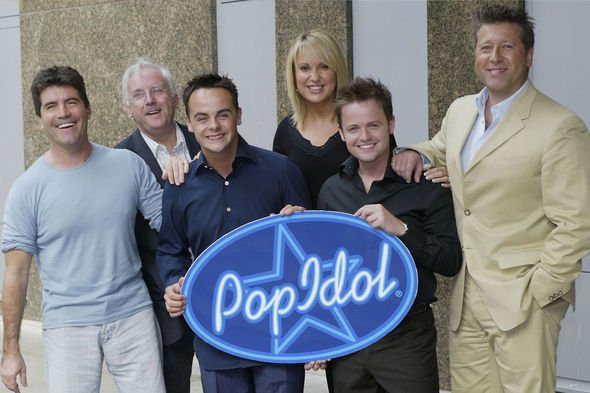 “I wouldn’t say we’re variety performers either because we’re not… I think our relationship is more natural. Our relationship on TV is very much like it is off screen.

“There was obviously a love between the two of them, and a warmth and everything, but they lived very separate lives off screen.”

By comparison, the duo used to live three doors away from one another and would regularly go on dog walks, play golf or spend time at the pub.

Despite the intensity of such large amounts of time together, both on and off screen, the pair admitted they were “quite good at reading each other’s signals” and rarely fell out.

Donnelly said: “I would never say I get sick of Ant. Sometimes you want a bit of time of your own, but that’s fine. 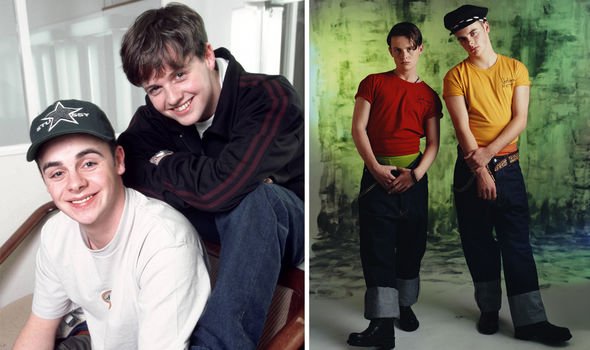 “We’ve had arguments and stuff… It’s usually when we’re p*****. I think I get more argumentative when I’m drunk.”

They maintained that if either of them wanted to take a break to pursue a new venture, they would be supportive but had no intention of trying their luck as a solo act.

In a candid disclosure they felt that their fame could be short-lived and snatched away from them without warning – leaving only their friendship behind in its wake.

Donnelly said: “We constantly think we’re going to be found out soon. We are going to be. It’s inevitable. It has to be.

“How on earth have we got this far, and done all this, with just being ourselves and having fun? You shouldn’t be able to be this successful and have so much fun. It just doesn’t compute.”

In support of their close connection, McPartlin added: “Aye, it is so much fun, it’s not like working for a living.”