Ant McPartlin looks happy and healthy as he poses with young fan in a doughnut shop near his new £12,000 a month luxury rental

Ant McPartlin looked happy and healthy as he posed for a snap with a young fan while in a Krispy Kreme doughnut store in South West London.

The picture comes amid claims the TV presenter is ‘doing well’ after moving into a £12,000 a month luxury rental home, which comes complete with its own bar.

Ant, 42, wore a huge smile on his face as he crouched down for a snap with the child, wearing a blue T-shirt, cream chinos and casual blue pumps. 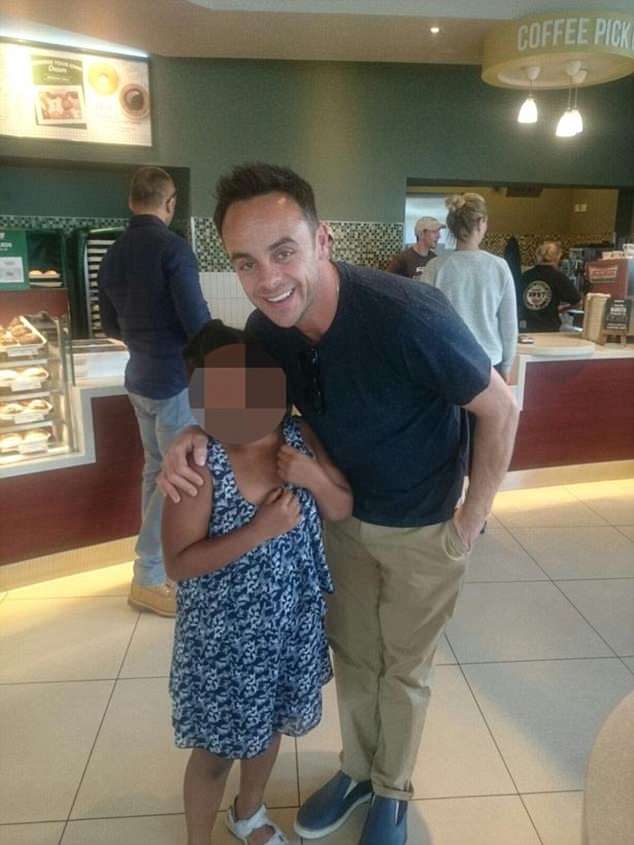 On the mend: Ant McPartlin looked happy and healthy as he posed with young fan in a Krispy Kreme doughnut shop near his new £12,000 a month luxury rental in South West London

The £4.5million mansion is now Ant’s base as he continues to get treatment following his drink-driving conviction in April.

According to The Sun, he has moved from the West London home he was renting following the split from wife Lisa Armstrong to a more tranquil abode, eight miles away. 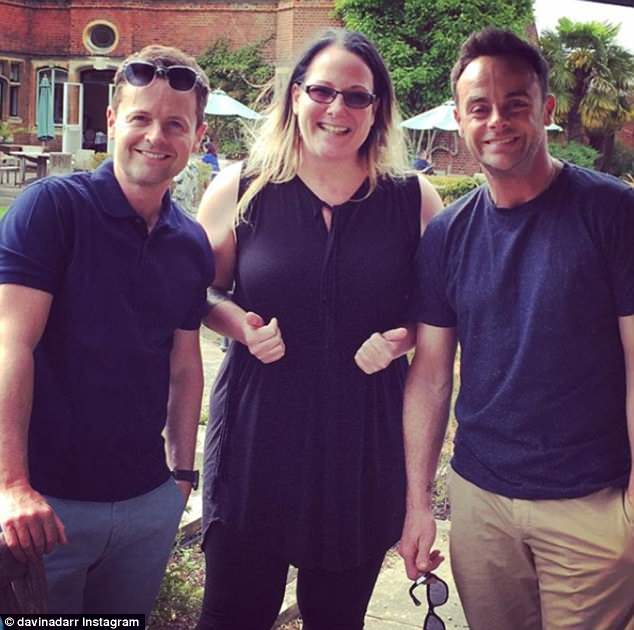 Twice in one week: Before this, Ant and his sidekick Declan Donnelly were pictured together for the first time in two months in a snap shared on Twitter on Tuesday

An insider said: ‘He needs somewhere quiet and private a bit out of the way to help him focus on his recovery.

‘The new place is exactly that. It will help with his treatment and give him some space away from the limelight.’

It’s not the first time this week that Ant has obliged a snap with a fan, despite his personal woes.  He has only been pictured in public twice since his drink-driving arrest. 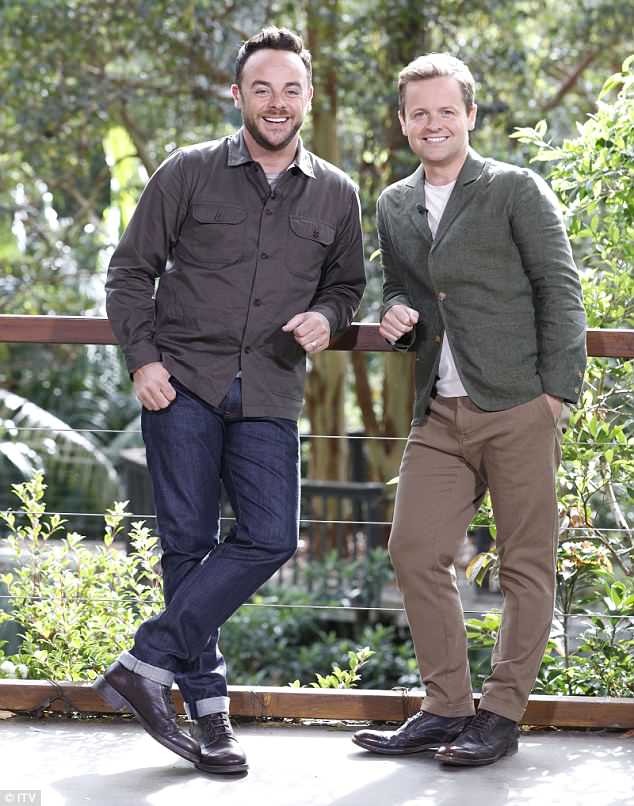 Comeback? It’s been reported that Ant will return to I’m A Celebrity… Get Me Out of Here!, according to The Mirror – but nothing has been confirmed

But Ant was back by sidekick Declan Donnelly’s side on Tuesday, as the duo were seen enjoying an off-duty day in an English pub garden when they had their photo taken with another fan.

Though Ant always makes a point of standing on the left of Dec, the fan snap shows the duo off-duty, while enjoying the sun outside a London pub.

Ant has been back in rehabilitation for drink and drug-related problems, leaving Dec to make his first red carpet appearance alone at last Sunday’s BAFTA TV Awards.

Ant was recently fined a record £86,000 and banned from the road for one year and eight months after pleading guilty to drink-driving.

The television personality was twice the legal limit when he was arrested for drink driving after a car crash, according to police.

Last week, he was seen outside rehab following a month of intensive treatment after he admitted himself to a private clinic to battle his drink and painkiller addiction.

It’s been reported that Ant might return to I’m A Celebrity… Get Me Out of Here!, according to The Mirror.

Those close to the star, who stepped down from hosting commitments following his drink-driving arrest, have claimed he has set his sights on returning to the ITV favourite in six months as he makes leaps and bounds during his latest rehab stint.

A source said: ‘He did well in rehab… He feels like it has helped.

‘That is what he needed, but he does not need any more for the time being. I think he will be back for I’m a Celebrity.’ 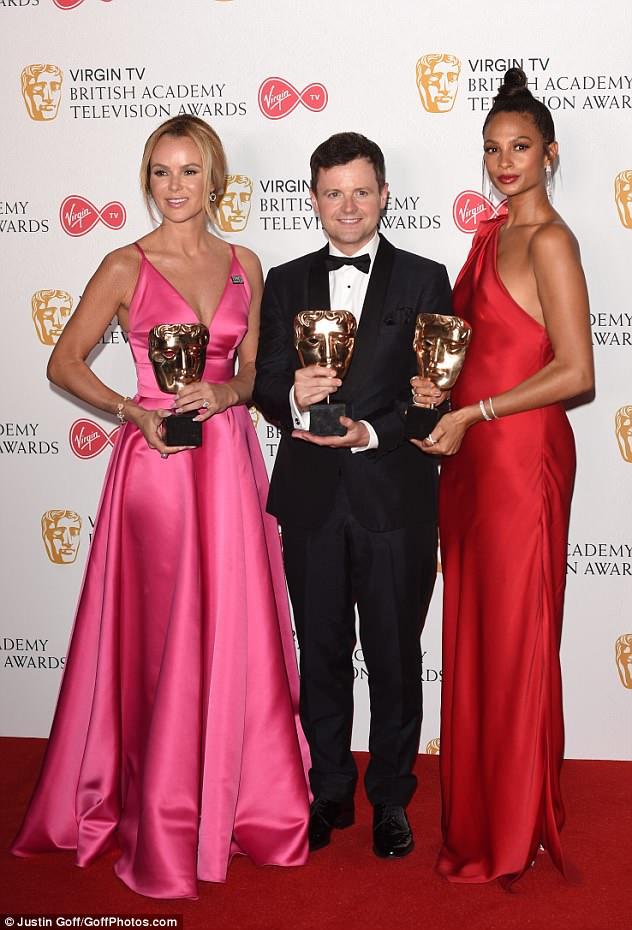 Going solo: Dec attended the BAFTAs on Sunday without Ant and no doubt he was very much missed