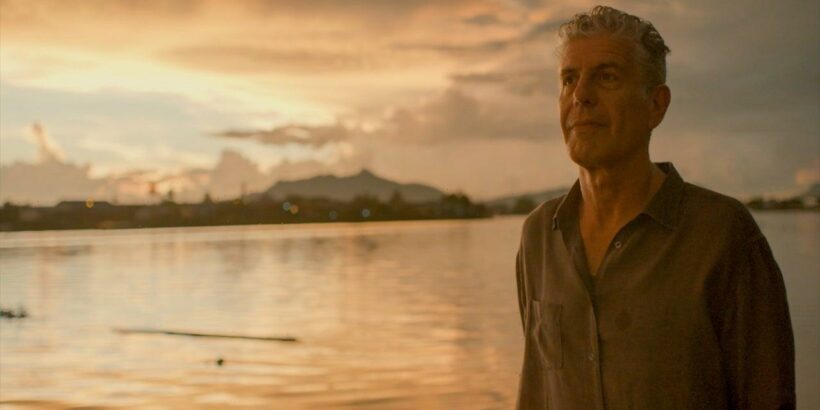 There are points in the posthumous Anthony Bourdain documentary, Roadrunner, in which it appears as if the late chef and TV personality is speaking from beyond the grave. The truth of the film’s narration is proving perhaps more unnerving: The director used A.I. to recreate Bourdain’s voice.

“There were three quotes there I wanted his voice for that there were no recordings of,” director Morgan Neville told The New Yorker‘s Helen Rosner. Working with a software company, the Oscar-winning filmmaker behind 20 Feet from Stardom provided hours of recordings of Bourdain to recreate an artificial model of his voice.

The deepfaked voice was apparently only used to provide a voice to words Bourdain wrote but never spoke aloud — including emails to friends — with Neville saying, “You probably don’t know what the other lines are that were spoken by the A.I., and you’re not going to know. We can have a documentary-ethics panel about it later.”

Due to its uncanniness, if not creepiness, and those questions of ethicality, the A.I. usage has ignited the most blowback from film critics and social media at large. The remainder of Bourdain’s narration throughout the film was “stitched-together clips … pulled from TV, radio, podcasts, and audiobooks,” according to The New Yorker.

“In the beginning, I went and gathered everything he ever said about his life. I went through every book and podcast and voiceover session, and put together a binder of, like, 500 pages of him talking about his life. There was a moment when I was even like, ‘Gee, I could make the whole film in his voice,’ though I stopped myself instantly,” Neville further explained in an interview with GQ. “But then I came across a few things he wrote but that he never said. And so, I had this idea to create an A.I. model of his voice, which we did.”

“I checked, you know, with his widow and his literary executor, just to make sure people were cool with that,” Neville said. “And they were like, Tony would have been cool with that. I wasn’t putting words into his mouth. I was just trying to make them come alive.”

“I certainly was NOT the one who said Tony would have been cool with that,” Bourdain’s ex-wife, Ottavia Busia-Bourdain, tweeted in response. In another tweet, she said of her involvement in the doc, “Besides the interview I gave and supplying some of the footage, not really.”

I certainly was NOT the one who said Tony would have been cool with that. https://t.co/CypDvc1sBP

Besides the interview I gave and supplying some of the footage, not really.

In a subsequent statement to Variety, Neville instead said he had “the blessing of [Bourdain’s] estate and literary agent” to use the A.I. calling it “a modern storytelling technique that I used in a few places where I thought it was important to make Tony’s words come alive.”

In ET’s own interview with Neville, he discussed screening the film for Busia-Bourdain and certain members of Bourdain’s inner circle “just to see if there were any sort of gross missteps.”

“I certainly was curious to see what Ottavia would think,” he said, also revealing how Bourdain’s brother, Chris, responded to seeing the film for the first time. “His brother came up and gave me a hug at the end of the film. There were a lot of tears, and it’s a hard film just because it’s a tough story. There are big highs and big lows in it, and I think you just have to go for the ride. Because that’s what Tony always took you on.”