Anthony Bourdain, who died of an apparent suicide at the age of 61 on Friday, June 8, rose to fame as a celebrated chef, author, and television personality.

Throughout his illustrious career, Bourdain hosted a series of food-centric shows — including Parts Unknown on CNN — which he was filming in France at the time of his death. These shows gave him a culinary tour of the world, and while food obviously played a crucial role in Bourdain’s life, his belief that food can function as a way to bring those from different cultures together is what set him apart from so many others.

Never one to shy away from expressing his opinions, Bourdain had poignant thoughts on certain foods, the role of food in connecting cultures, and more. 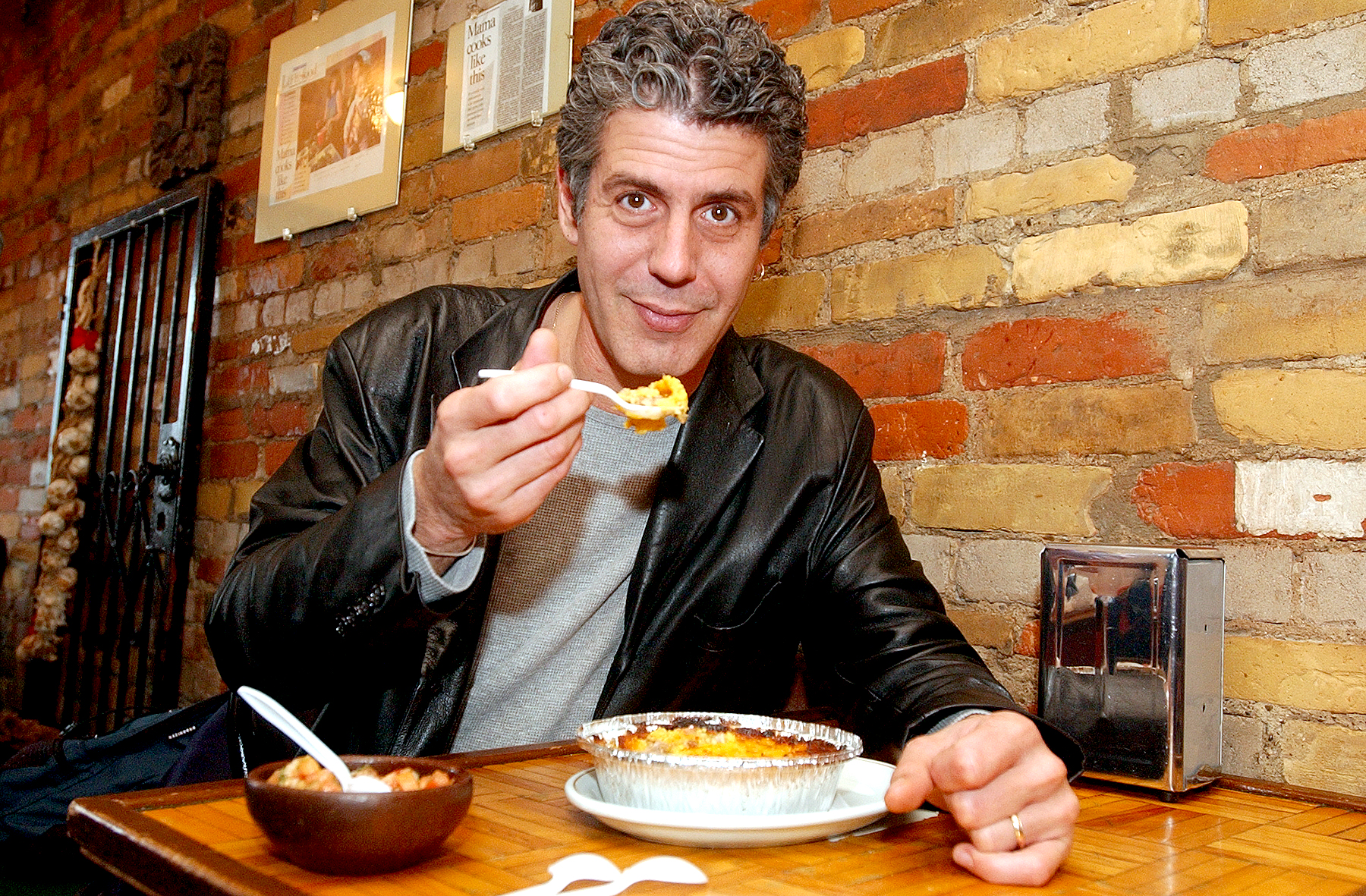 On the Pivotal Role of Food:
“I like food. It was the center of my life for 30 years and I’ll always look at the world through that prism, but it is not the only thing,” Bourdain told The Daily Beast in April 2018. “If you’re commenting on how crunchy-delicious your salad is while your host is missing two limbs, you might want to ask them how that happened, and often you will get a story that’s far more interesting than what’s on your plate.”

On Eggs:
As Bourdain told Anderson Cooper shortly before the series premiere of Parts Unknown in 2013,“An egg in anything makes it better.”

On the Deliciousness of a Home Cooked Meal:
“On my day off, I rarely want to eat restaurant food unless I’m looking for new ideas or recipes to steal. What I want to eat is home cooking, somebody’s — anybody’s — mother’s or grandmother’s food,” Bourdain wrote in Kitchen Confidential. “A simple pasta pomodoro made with love, a clumsily thrown-together tuna casserole, roast beef with Yorkshire pudding, all of this is pure exotica to me, even when I’ve been neck-deep all day in filet mignon and herb-infused oils and all the bits of business we do to distinguish restaurant food from what you get at home. My mother-in-law would always apologize before serving dinner when I was in attendance, saying, ‘This must seem pretty ordinary for a chef…’She had no idea how magical, how reassuring, how pleasurable her simple meat loaf was for me, what a delight even lumpy mashed potatoes were — being, as they were, blessedly devoid of truffles or truffle oil.”

On Why He Was So Passionate About Food:
“Though I’ve spent half my life watching people, guiding them, trying to anticipate their moods, motivations and actions, running from them, manipulating and being manipulated by them, they remain a mystery to me,” Bourdain mused in Kitchen Confidential. “People confuse me. Food doesn’t … I just know what I see. And I understand it. It makes perfect sense.”

On Pumpkin Spice:
In an interview with the the Today show’s Willie Geist in 2016, Bourdain didn’t hide his disdain for pumpkin spice. “Who’s eating this stuff? Is there some vast demographic of pumpkin-crazed people hanging outside of whatever the pumpkin outlet is, like a methadone clinic waiting for them to open up so they can get their pumpkin spice?”

On What He Would Never Eat Again:
Although he was known for his willingness to try exotic foods, even Bourdain had his limits. “They do this funky fermented fish in Iceland,” he told Geist. “It’s just a hazmat situation.”

On Vegetarians:
“Vegetarians, and their Hezbollah-like splinter faction, the vegans … are the enemy of everything good and decent in the human spirit,” Bourdain wrote in Kitchen Confidential. However, he was much softer when discussing some of his favorite foods vegetarians cannot enjoy. The quote continues, “To me, life without veal stock, pork fat, sausage, organ meat, demi-glace, or even stinky cheese is a life not worth living.”